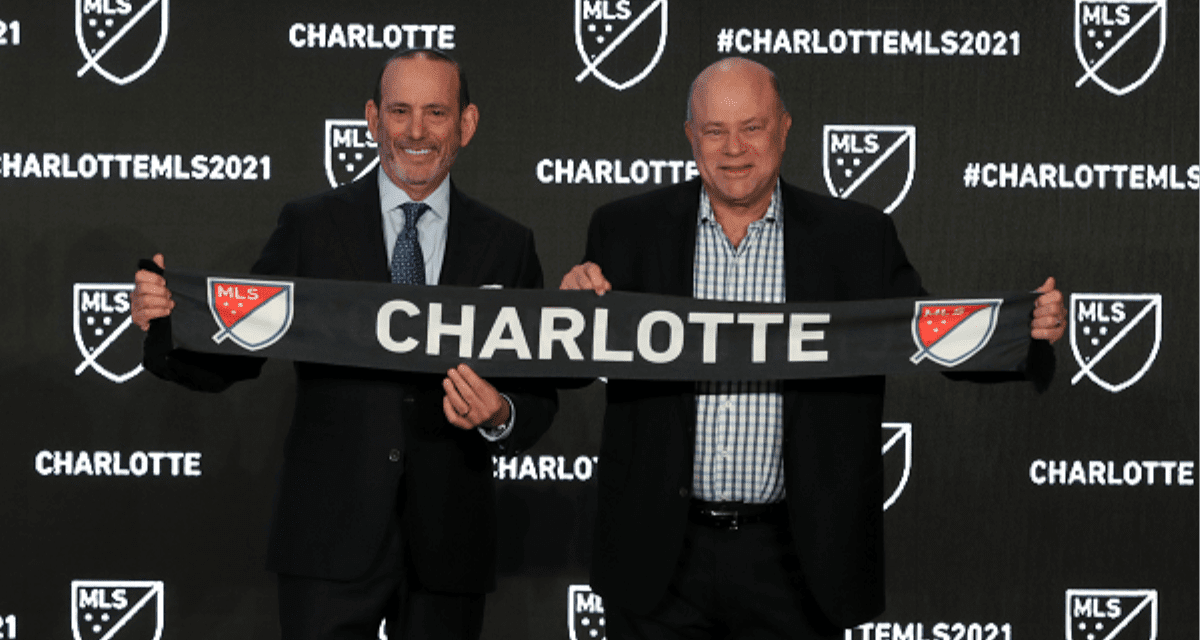 MLS commissioner Don Garber announced that that the league has awarded an expansion team to Charlotte. The team, which league called MLS’ club for the Carolinas — will be owned by Carolina Panthers owner David Tepper and begin play in the 2021 season at Bank of America Stadium.

The team does not have a name just yet.

The addition of Charlotte (21st) gave MLS teams in 19 of the top 23 media markets in the country as ranked by Nielsen for 2020. It also increased MLS’ geographic footprint in the Southeast, with clubs in Atlanta and Orlando, and teams in Miami and Nashville beginning play next season. The four-hour drive between Charlotte and Atlanta is expected to spark an “I-85 Derby.” Charlotte’s population has nearly doubled in size to 2.6 million people since 2000 and is regarded as a top market for the finance, tech, healthcare and energy sectors.

“We are thrilled to welcome Charlotte as Major League Soccer’s 30th club,” Garber said in a statement. “During the last two decades, Charlotte has experienced enormous energy and growth, which matches soccer’s explosive rise in popularity in the United States. We are pleased to add David Tepper to our ownership group and look forward to working with him and his entire organization to launch Major League Soccer in the Carolinas in 2021.”

With seven million people within a 90-minute drive to the city, Charlotte has become the region’s hub for professional sports. More than 40 percent of ticketholders for Panthers games come from outside Charlotte. Located in the heart of the city and with 30,000 parking spots and easy accessibility via light rail and rapid transit, Bank of America Stadium will serve as the home for the MLS fans of the Carolinas. Before its first MLS game, Charlotte’s team will make extensive renovations and additions to transform Bank of America Stadium for soccer, including world-class locker rooms and facilities for players and an innovative supporters’ section in the East End, the league said.

There were no immediate plans announced for a soccer-specific stadium.

For the last decade, Charlotte has drawn crowds in excess of 60,000 fans for soccer events at the stadium. More than 69,000 fans watched Liverpool play AC Milan in 2014, and 61,000 attended a Paris St.-Germain-Chelsea game in 2015. A Concacaf Gold Cup doubleheader at the stadium this past June drew nearly 60,000 fans for games featuring Mexico, Canada, Cuba and Martinique. The Mexican national team chose Bank of America Stadium as the site of its kickoff match for its 2020 tour on March 26.

“The awarding of an expansion team for Charlotte by Major League Soccer is a proud moment and significant for Charlotte and everyone in our community,” Tepper said. “I’ve made clear for a long time that I have two goals as a team owner: sustained winning on the field and making a difference in the community. These will be our goals with Charlotte’s MLS team, and the work begins today.”