EARLY RETIREMENT: Red Bull II defender McSherry hangs them up after one season

“I will be forever grateful for the opportunity to play at the next level, and I will cherish the memories and friendships that I have made along the way,” McSherry said. “Thank you to the coaches, the staff, and most importantly the players, who made my experience amazing.”

McSherry, a two-time All-Ivy League selection, was a four-year letterman at Princeton University. The Freehold, N.J. native tallied seven goals and nine assists in 47 matches with the Tigers.

He was selected 78th overall by the Red Bulls in the 2019 MLS SuperDraft. He made his professional debut April 13, coming on in the 74th minute of a 2-1 victory over the Charlotte Independence.

“From a player to now a fan, I will always support this club,” he said. 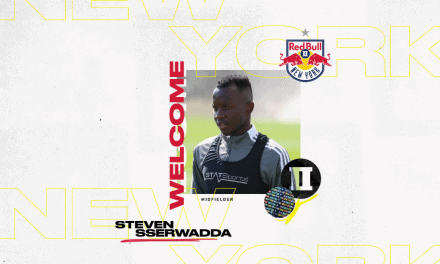 IN THE PITTS: Red Bulls II blanked at home by Riverhounds SC