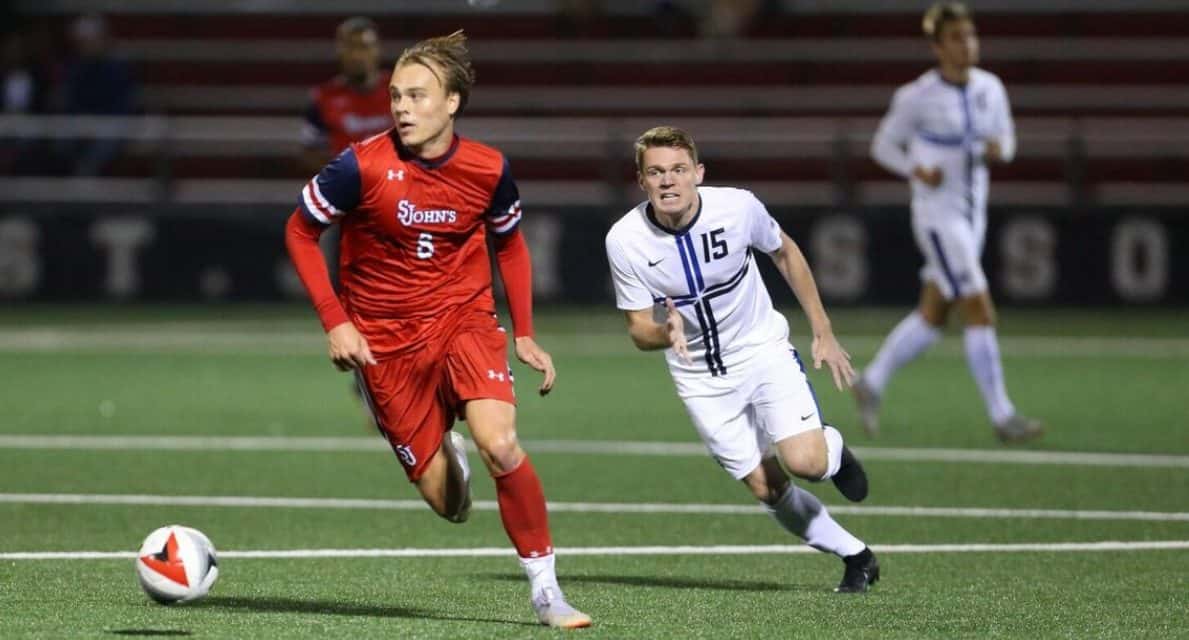 QUEENS, N.Y. — The St. John’s University men rode two first-half goals to a 2-1 victory over Syracuse University in the second round of the NCAA Division I tournament at Belson Stadium Sunday night.

The 16th-seeded Johnnies will play the top-seeded University of Virginia in the third round — aka the Sweet 16 — next week. The game will be played in Charlottesville, Va. Nov. 30 at 7 p.m.

“It was a gutsy performance against a very physical and good Syracuse team with a lot of talent,” St. John’s head coach Dr. Dave Masur said. “It was really good to be able to come away with a victory. For the first half we were quite good, possessed a lot and the wind certainly helped.”

The Johnnies struck first in the 19th minute. Possessing on the right side of the pitch about 35 yards from the cage, Sanoussi Sangary played a ball in toward the penalty spot. The pass found its way to the head of Brandon Knapp, who flicked it to the bottom right corner of the cage and put the Red Storm on top, 1-0.

Seventeen minutes later, the Johnnies moved ahead by two on their second shot of the night. From close to the same spot that Sangary started the sequence that resulted in the evening’s first goal, Tani Oluwaseyi sent a ball toward the top of the box for Skage Simonsen. The sophomore put a brilliant touch on the ball to possess before sending a right-footed shot across his body and into the bottom left corner of the net.

Syracuse pulled one back in the 69th minute behind Massimo Ferrin, but the Johnnies were able to hold off the visitors.

“A lot of guys stepped in,” Masur said. “Ethan Shaw, Sanoussi, Cole Reardon, we used our whole roster. It was really good to see.”

Goalkeeper Jan Hoffelner played 45 scoreless first-half minutes to lower his goals -against average to 0.57 and improve to 8-2-0 on the year. Luka Gavran did well to hold off a late Syracuse push in the second half, making two saves in a period that saw the Orange record 10 shots with the aid of a howling wind. 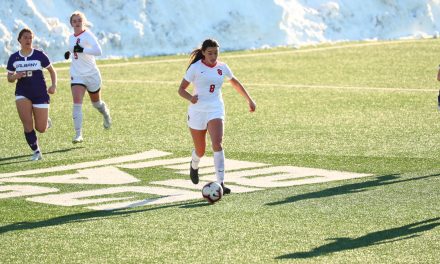