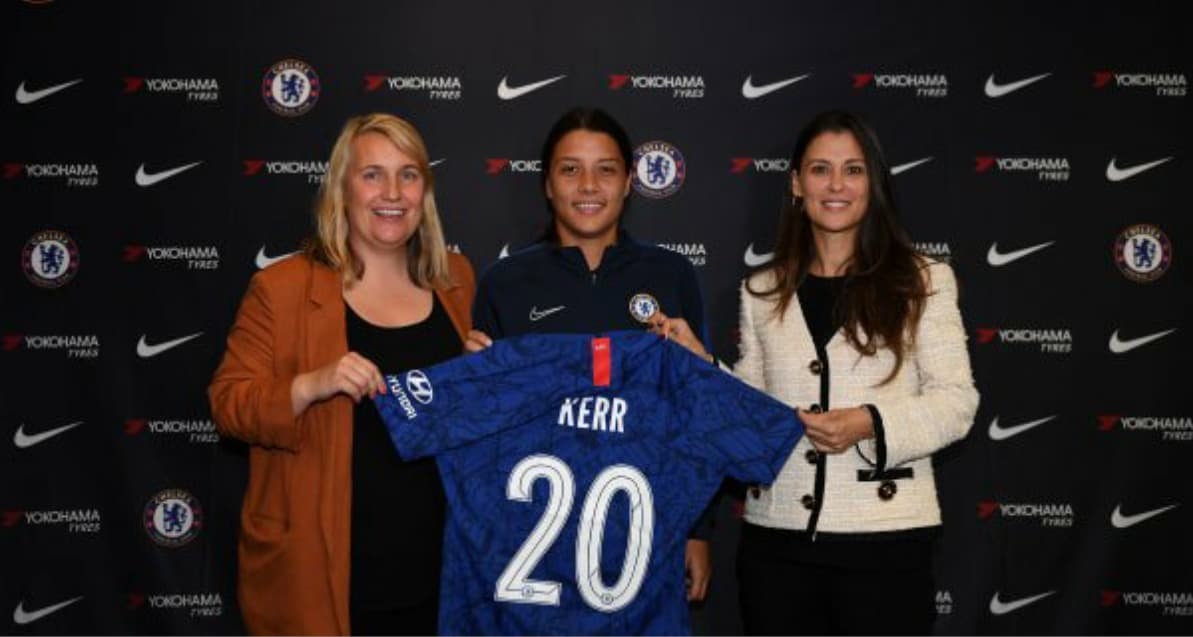 Sam Kerr is a member of Chelsea FC.

Regarded by many as the best women’s soccer player in the world, the Australian international striker signed a 2 1/2-year contract with Chelsea, it was announced Wednesday.

She will join the team for the second half of the 2019/20 Barclays Women’s Super League season.

“The WSL is the best league in Europe,” Kerr said. “I want team success and I don’t want it to come easy. I feel Chelsea have been building something special over the years and I want to be a part of that. I want to lift some trophies.”

Chelsea manager Emma Hayes had little doubt that Kerr would.

“Sam has proved time and time again in the NWSL that she is a prolific goal-scorer,” she said. “She’s won the golden boot many times and she’s a player that can make things happen, but she’s also a fantastic team player.

“The fact she chose Chelsea when she could have gone to any club in the world is a testament to the players and the staff here because she saw this is the best place for her to grow and take the next step in her career. That’s a wonderful compliment to us all.”

Kerr had split her playing time between Perth Glory in the Australian W-League from October to April and the Chicago Red Stars the National Women’s Soccer League from April to September.

A proven goalscorer, Kerr recently was named the NWS MVP after tallying a record 19 goals in 23 games to secure a third consecutive Golden Boot. She had missed part of the season due to her responsibilites in the Women’s World Cup.

She made her debut for the Matildas at the age of 15 and has gone on to score 38 international goals, including five at this summer’s World Cup. Kerr is a finalist for the Best Women’s Player at the 2019 FIFA Football Awards as well as being a Ballon d’Or nominee.

LISTEN UP: To NWSL games on audio streams on iHeartRadio