The Lionesses will make history when they take on Germany in front of a sellout crowd of more than 90,000 at Wembley Stadium.

England, ranked fifth in the world by FIFA, will double its home record in attendance, which was set at 45,619 against Germany at Wembley in 2014.

Daly has scored three goals in 29 international appearances. The Harrogate, England native helped England reach the semifinals of the Women’s World Cup in France, finishing the tournament in fourth place. Daly and the Lionesses won the 2019 She Believes Cup after two victories over Brazil and Japan and a draw with the United States.

This season with the Dash, Daly scored five goals in 15 appearances, starting in every game she played. The forward was named the club’s Most Valuable Player in 2018 after scoring a career-high 10 goals in her third season in Houston.

Selected sixth overall by the Dash in the 2016 National Women’s Soccer League Draft, Daly ranks second in club history with 24 goals. She has appeared in 78 games with 74 starts in her first four seasons, seeing time at forward and right back.

Daly scored her first goal of the 2019 season in a matchup against the NWSL champion North Carolina Courage April 28 at BBVA Stadium. Later in the season, she slotted two goals in against Utah on May 11 to give the Dash its third victory of the season. Three of her five goals this season have been game-winners. 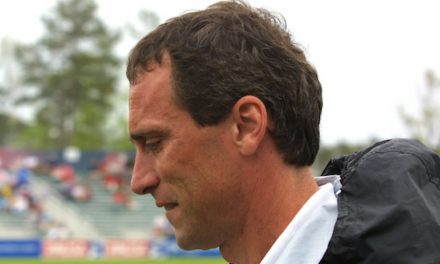 THEY’RE ALLOCATED: Here’s the list of 32 players to NWSL clubs

ONE STREAK IS OVER, ANOTHER EXTENDED: St. John’s men win streak ends at 6 after draw as it is unbeaten in 7 games