QUEENS, N.Y. – Entering the game having allowed five goals in 13 matches on the season, the No. 4 St. John’s University men fell to No. 7 Georgetown, 3-0, in a battle of top 10 and Big East teams at Belson Stadium Wednesday night.

A sell-out crowd of 2,305 took in the game, the second largest crowd in Belson history.

Georgetown (12-1-1, 5-0-1) took possession of first place in the Big East from the Red Storm (12-2-0, 5-1-0). With three games left, the Hoyas lead with 16 points while St. John’s sits one point behind at 15. Providence, Creighton and Marquette are part of a three-way tie for third place with nine points apiece. The Red Storm will close out the season at Providence College Nov. 6 and already owns head-to-head wins over the Bluejays and Golden Eagles.

The Red Storm and the Hoyas occupied the top two spots in the nation, respectively, in the RPI entering the contest.

Jacob Montes opened the scoring in the 23rd minute, sending a free kick from just outside the 18-yard-box into the top-right corner of the net beyond the outstretched hand of goalkeeper Jan Hoffelner. The goal snapped a scoreless streak of 472:15 for St. John’s opponents dating back to Sept. 23 at the University of Maryland.

Georgetown struck again less than a minute later, as Derek Dodson found Dylan Nealis with a crafty pass in the box before Nealis buried it to give the Hoyas a 2-0 lead.

The Hoyas added their third and final goal just over six minutes into the second half. Luka Gavran stopped an Achara shot at close range, but the rebound found the foot of Dodson, who pushed it over the line.

The Red Storm travel to the newly renovated Owen T. Carroll Field for a showdown with Seton Hall University Saturday at 6 p.m. 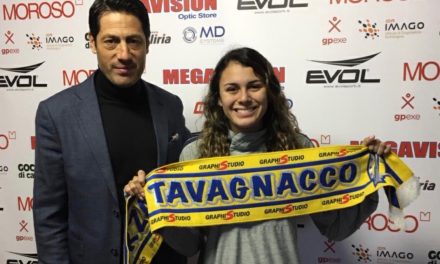 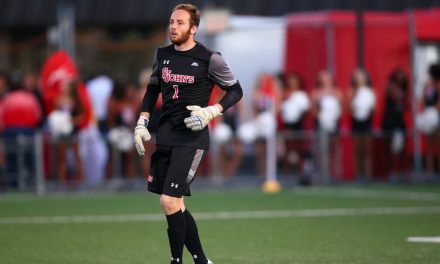 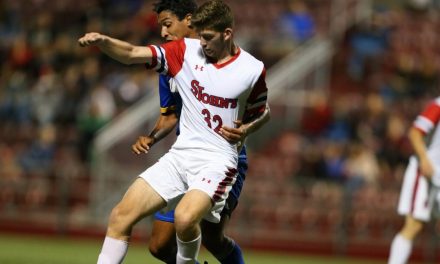