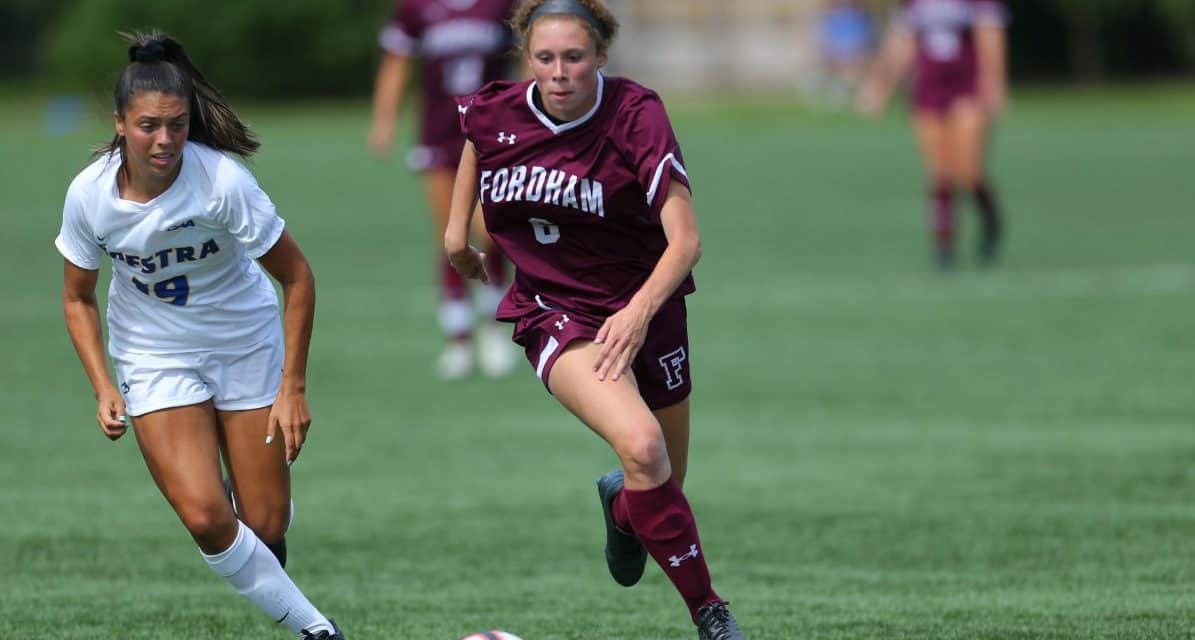 RICHMOND, Va. – After Maura Holst used some Coffey Field magic to give the Fordham University women an extratime home win Thursday, Kristen Cocozza took that magic on the road, netting the winner Sunday in a 3-2 victory win over VCU at SportsBackers Stadium.

Fordham scored four minutes into the game. Kristen Cocozza played a ball into the box from the right, which Morgan Busacca laid off to Margaret Roughley near the top of the box. Roughley shot the ball into the left side of the net for her second goal this season.

The Maroon and White then caught a fortunate bounce on a corner kick in the 27th minute. Juliana Mascelli took the corner kick, which ended up slipping between a defender and the left post for a goal, her first of the year for a two-goal margin

VCU scored twice in a seven and a half minute stretch to equalize at 2-2. In the 62nd minute, Susanna Friedrichs ripped a shot just under the crossbar for her fourth goal. In the 70th minute, VCU got a fortunate bounce as a cross deflected into the net off Fordham defender Hope Baisley for an own goal.

Just like Thursday, Fordham took little time to get the game-winner in extratime, scoring the deciding goal in the 92nd minute. Marissa Stanco fought her way through two defenders at the right side of the box, crossing the ball to Cocozza on the left side. Goalkeeper Brecht Haakma came out to the left, thinking Cocozza would one-time the shot, but Cocozza hit the shot into the ground first. The ball bounced into the wide open net for her second goal this season.

The Rams next host the University of Rhode Island Sunday at 1 p.m. 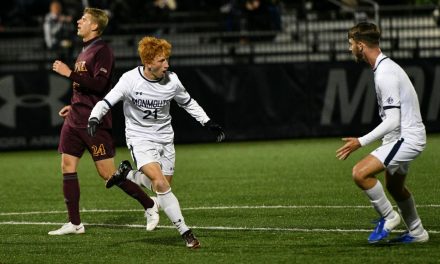 SHELVED: Northeast-10 Conference suspends all sports through the end of the year, including Adelphi men’s and women’s soccer