AN ANNUAL QUEST: Pancyprians Freedoms’ cups are always running over 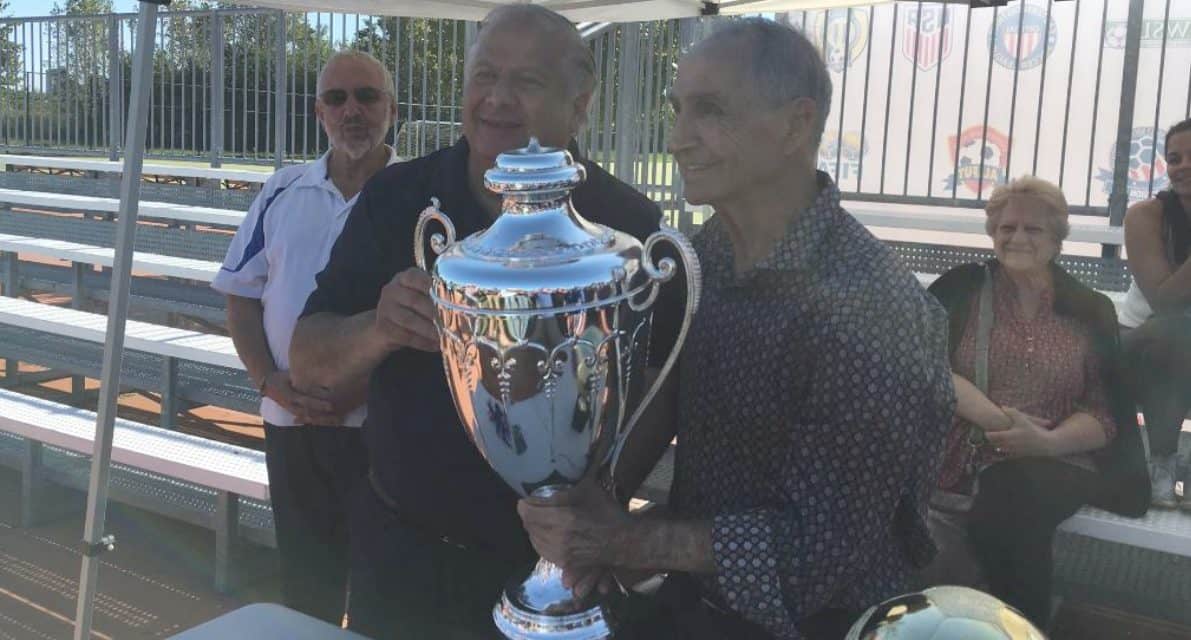 When you think of the N.Y. Pancyprian Freedoms, two things come to mind — championships and trophies.

The Cosmopolitan Soccer League club has forged a storied history in the metropolitan area, having won countless titles of so many competitions through the years.

Not surprisingly, the club has continued to bring home the hardware in recent seasons, especially in 2019 as the CSL side has pulled off a hat-trick of cup wins.

It has won the CSL First Division crown, the Dr. Manning Cup as the Eastern New York State Soccer Association champions and most recently the Rapaglia Cup (competition is named after ENYSSA president Sal Rapaglia), which opened the door to another competition, the Flamhaft Cup. And oh yes, the Pancyprians became the first side to win that tournament three times.

Now, it’s not everyday teams capture cup competitions this early in the season, but that’s what makes the Pancyprians so special.

“I never won this cup, so it’s always good to win something that you’ve never won,” said forward Adam Himeno, who scored in the semifinal and final victories of the Rapaglia Cup. “But it’s also great for the club. So much history to win this.”

“It’s cool,” he said. “It’s my first time on the team this fall, so we’re looking forward to winning more cups like this. It was a great feeling winning the first time, playing with the guys, getting to know everyone, getting myself situated. It was good.”

The Pancyprians’ latest cup acquisition began in May when they secured the CSL First Division regular-season crown by a considerable margin before besting Cedar Stars Academy on penalty kicks 3-1, in the final after playing to a 1-1 draw. It was the team’s’ eighth CSL title. Goalkeeper Hector Guerrero saved two penalty kicks.

And on Sunday, Sept. 15, the team made it a hat-trick by winning the Rapaglia Cup. The Pancyprians rolled to a 5-1 triumph over Port Jefferson SC (Long Island Soccer Football League) in the semifinals as Nestor Bradley struck twice in the first half en route to a 3-0 halftime advantage.

In the final, Thristino converted a rebound in the 33rd minute before Himeno added an insurance goal in the 52nd minute.

“That’s why I decided to play for Pancyprians because they have a lot of aspirations to keep winning, more and more trophies,” veteran right fullback Jonathan Borrajo said. “It’s a club with a lot of history. So, that’s always the benchmark to be in the final and win.”

The Pancyprians have set their sights on defending the CSL crown and the Manning Cup championship. Of course, there’s also the Fricker Cup as well.

“We’ve got targets on our back,” Borrajo said. “We won the season last year by a ton of points. So, everyone’s going to be coming after the Pancyprians.”

After they host Doxa FC in their CSL home opener at Belson Stadium at St. John’s University in Queens on Sunday, Sept. 29 at 8 p.m., the Pancyprians will compete in the second qualifying round of the Open Cup against an opponent to be determined.

Depending on the results of this weekend’s opening round, the Pancyprians most likely will play a team from the tri-state area during the weekend of Oct. 19-20.

“I’m excited for that,” Borrajo said. “This is the first time i will be taking part in it with the Pancyprians. Again, a lot of history. Again, we’re probably a big underdog. But I think that’s a great position to be in. People might not take us seriously, but we do have some really good players, ex-professionals on the team. We have a deep team. We’re going to surprise some teams.”

Nothing but success and a trophy is expected by the players.

“Our aspirations are not just to win every game, but everything: the league, state cup,” said Himeno, who finished last CSL regular season with 15 goals and seven assists. “Now we’re in the final of an amateur cup by winning this. Hopefully, everything.” 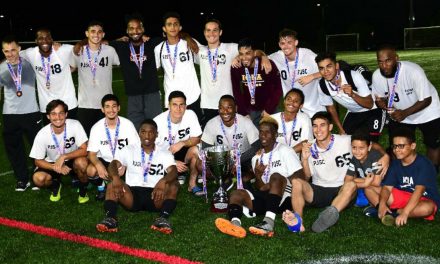 FOR ALL THE MARBLES: Doxa vs. Real Caribe for LISFL U-23 title Sunday