Monmouth held an 8-2 advantage in shots on goal.

“Tonight was a tough game against a difficult opponent,” Monmouth head coach Robert McCourt said. “I give our guys a lot of credit. It was Binghamton’s homecoming and they had a great crowd. Environments like tonight will help this young team continue to grow.” 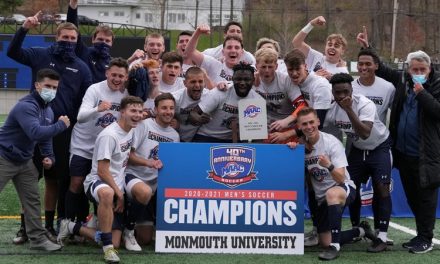