HITTING THE ROAD IN THE MAAC: Monmouth women start conference play with 3-1 away win 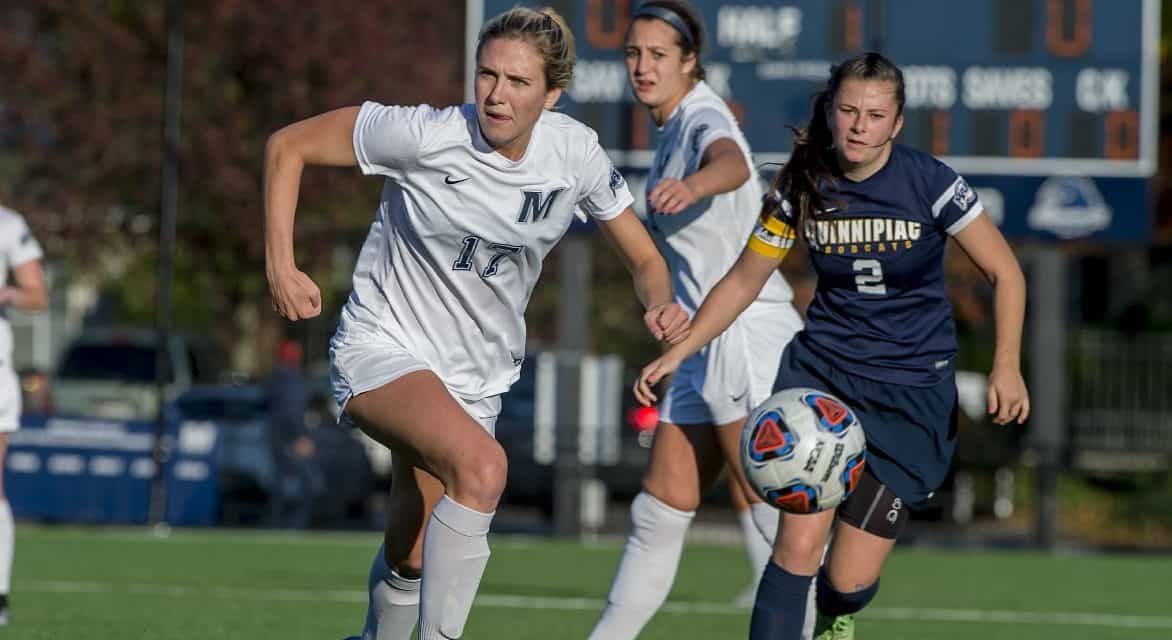 JERSEY CITY, N.J. – A pair of second half goals helped the Monmouth University break a 1-1 tie and defeat Saint Peter’s College, 3-1, in the Metro Atlantic Athletic Conference opener for both squads at Jaroschak Field Saturday.

“A win in our conference opener was our focus and I am glad we accomplished it,” Monmouth head coach Krissy Turner said.

Madie Gibson put Monmouth on the board first in the eighth minute when she headed home a Lexie Palladino cross.

The Hawks limited Saint Peter’s chances in the opening 45 minutes, but the Peacocks (2-6-0, 0-1-0) tied the score on their lone shot on goal in the half, a 25-yard strike by Juliana Murrill that snuck under the crossbar midway through the period.

A little more than two minutes into the second half, Dana Scheriff settled a Gibson long ball in the penalty area, took a touch and fired a left-footed shot into the far side to give the lead back to Monmouth.

Scheriff set up Palladino’s goal in the 74th minute.

The Hawks return home to Hesse Field on The Great Lawn to play Marist College next Saturday at 6 p.m. Prior to the match, Monmouth will host an alumni reception at Wilson Hall beginning at 4 p.m.