STILL THE HOST WITH THE MOST: USA women are the only host country to win a WWC

Becky Sauerbrunn and her teammates will try to deny the French from reaching a Women’s World Cup milestone in the quarterfinals. (Michael Chow – USA TODAY Sports)

PARIS — Since the Women’s World Cup began in 1991, the United States has set many standards.

They also are the only country to win on their home soil, which they accomplished in 1999. In fact, the USA is the only team to reach the semifinals, which it did in 2003 as the third-place team.

No other host country has moved past the quarterfinals in any of the other competitions. All host nations reach that stage but were eliminated.

France will try to make history by defeating the USA in the quarterfinals and giving the red, white and blue the boot, at Parc des Princes Friday.

If that occurs, the French would be on the path to its their world title while the Americans would have failed to reach the World Cup semifinals for the first time.

If the USA wins, it will be on course to win the crown on European soil for the first time. It finished third in Sweden in 1995 and second In Germany in 2011. 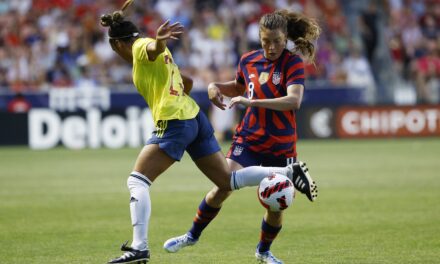