NO CONTEST: NYCFC score all 7 goals in 5-2 rout of FC Cincy, extend unbeaten streak to 10 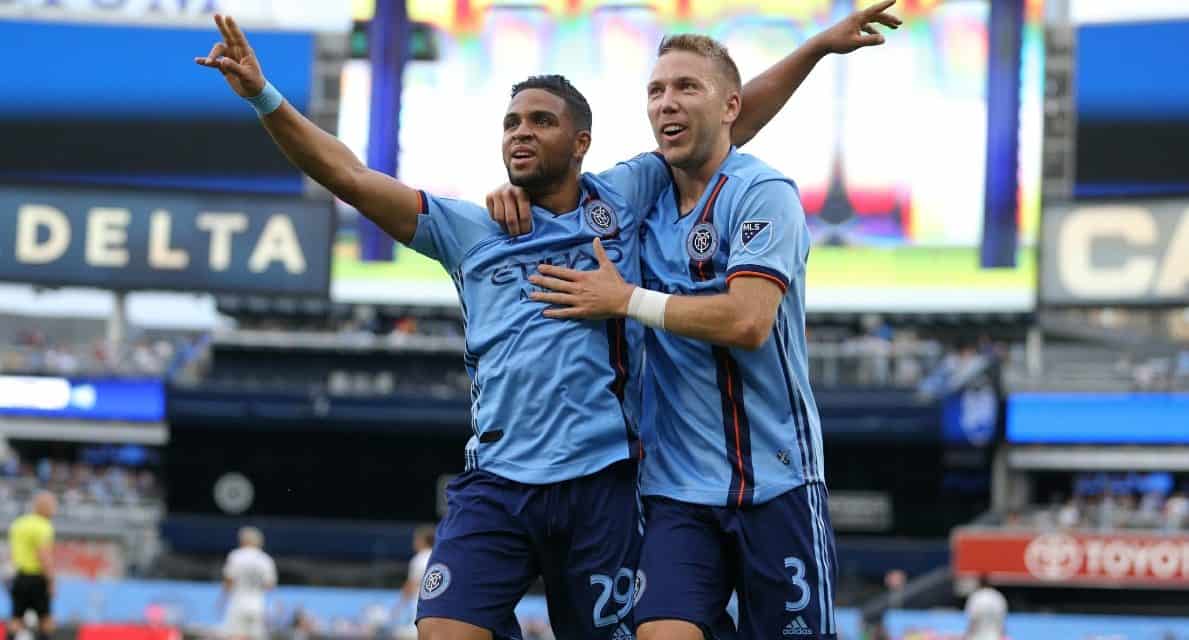 BRONX — After four weeks on the road, New York City FC returned to Yankee Stadium with a bang, securing an impressive 5-2 victory over FC Cincinnati behind Heber’s two goals.

If you want to get technical, City scored all seven goals because both of Cincy’s scores were own goals before a crowd of 18,597.

With Pepe Guardiola, coach of Manchester City, NYCFC’s parent club, in attendance, the hosts rolled to a 3-0 advantage by the 29th minute.

“We did it in good form,” said midfielder Maxi Moralez, who scored in the 90th minute after setting up two goals. “In the first half, the first 20 minutes we managed the ball well, but that intensity and scoring three goals in 20 minutes made us relax a little. However, over the 90 minutes I think we played a good game.”

City was without six players on international duty, including goalkeeper Sean Johnson (U.S.) and defender Ronald Matarrita (Costa Rica), who are prepping for the Concacaf Gold Cup. Brad Stuver made his first appearance in goal for NYCFC this season.

Alexandru Mitria finished off a nice give-and-go play with Moralez to lift NYCFC into the lead in the 11th minute.

Six minutes later Heber tapped home defender Anton Tinnerholm’s cross for a 2-0 margin. Ismael Tajouri-Shradi made it 3-0 with his third goal of the year just before the half hour after yet another Tinnerholm assist.

Cincinnati hit back before the halftime break after a cross hit the back of Héber and beat Stuver for the own goal, making it 3-1 at the half.

Four minutes into the second half, Heber connected for his sixth goal, sending a volley into the bottom corner of the net.

In the 76th minute, Stuver saved a shot but the ball was deflected off defender Sebastien Ibeagha for another own goal.

Torrent was Guardiola’s first lieutenant in Barcelona and Manchester City for 11 years, so the coach was happy his team was able to play relatively well in front of his friend and former boss.

“Maybe this is why we scored seven goals in today’s game,” he said. “Five or seven goals, no I’m kidding. But, actually I’m very happy because when Pep told me he wanted to visit me in New York, it’s always a pleasure. Because for me he’s the best coach ever, but it’s not about that, he’s also a good friend. I worked with him for 11 years and it’s a pleasure for me to meet with him in New York. I’m very happy because he can watch the game. He said it wasn’t a bad game because he was able to see seven goals.” 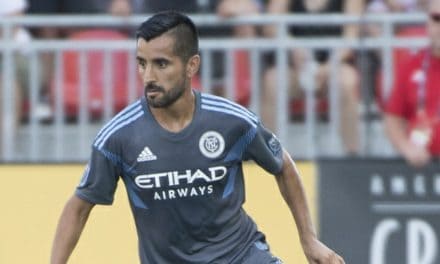 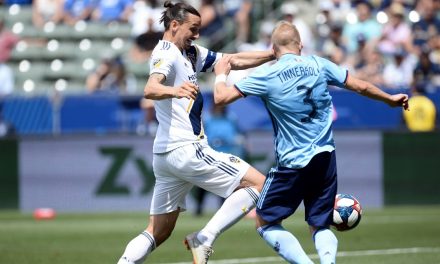 TO LIVE AND THRIVE IN LA: NYCFC blank the Galaxy, 2-0 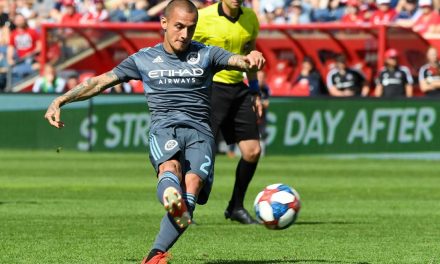