MEET THE CLASS OF 2019: A quick look at 10 inductees into indoor soccer hall

Here are some quick looks at the 10 new members of the Indoor Soccer Hall of Fame.

Doran was indoor soccer’s Mr. St. Louis. In his 22-year career Doran played in a record 828 games. Twenty-one of those seasons were spent in a St. Louis uniform, be it the Steamers, Storm, Ambush, or Illusion. Doran’s 15-year coaching career overlapped his playing career. The defender scored 415 goals and 529 assists and was named the 1996-97 National Professional Soccer League defender of the year.

Karic (with Hector Marinaro) was the playmaking half of indoor soccer’s dynamic duo and led the Cleveland Crunch to three championships. In 1993-94 Karic won the NPSL MVP award and the Crunch clinched Cleveland’s first professional sports championship since 1964. Karic is the all-time leader in assists with 849.

Margetic was appropriately nicknamed the Magic Man and collected more than 1,100 points in a 19-year career. In 1990-91 Margetic set a then-NPSL record with 80 assists and was named to the All-NPSL first team while leading the Chicago Power to a league title, serving in a dual role as player/coach. The Argentinian also was recognized that season as coach of the year.

Known as a fearless goalkeeper easily recognized by his iconic helmet, the Islip, N.Y. was one of the top netminders in the MISL. In 1982-83 Mayer became the first keeper to win 30 games in a season, and the first to win the Most Valuable Player award. That year Mayer, who finished with a 139-106 career record, recorded back-to-back shutouts in the 1983 championship series.

Marinaro, the goal-scoring half of the dynamic duo, is indoor soccer’s all-time leading goal- and point-scorer, amassing 1,223 goals and 1,925 points in his 19-season career. After winning the MVP award six times, the MISL renamed the award the Hector Marinaro Trophy.

Messing, a native of the Bronx who grew up in Roslyn, N.Y. was the first player signed by the MISL in 1978 and was one of the most popular American players of all-time. Messing won four championships with the New York Arrows and went 67-14 over a three year stretch during that run. After a stint as a player/owner of the short-lived New York Express, the three-time All-MISL first team goalkeeper retired with a 107-64 record. He also played for the New York Cosmos and Rochester Lancers in the North American Soccer League.

Terlecki’s time indoors was short, but impactful. The mercurial Polish forward spent four of his six seasons with the Pittsburgh Spirit. Terlecki split the 1981-82 MISL MVP Award with Steve Zungul when he scored a career-high 117 points. He also played for the Cosmos indoor and outdoor teams in 1983 and 1984.

Tozer played 10 years in the MISL and American Indoor Soccer Association and became player-coach of the Louisville Thunder at the age of 27. As a coach, he enjoyed success with the Thunder, the Los Angeles Lazers, and the Atlanta/Kansas City Attack, but achieved dominance with the Milwaukee Wave, winning six championships in his 22 seasons there. In all, Tozer won 689 regular season games, 273 more than the second-winningest coach, Kenny Cooper, over an incredible 30-year coaching career. Tozer, who played in the MISL’s first ever game in 1978 and remained involved in the sport as a player and then a coach until 2014, was recognized by his peers as Coach of the Year a record eight times.

Roy Turner’s name was synonymous with the Wichita Wings. The long-time coach and general manager of the Wings was one of the keys to that long-running franchise’s durability. As a coach, Turner is ranked seventh all-time with 241 wins and guided the Wings to five semifinal appearances. 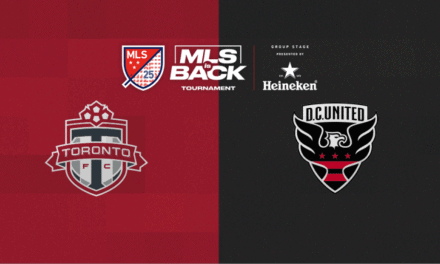 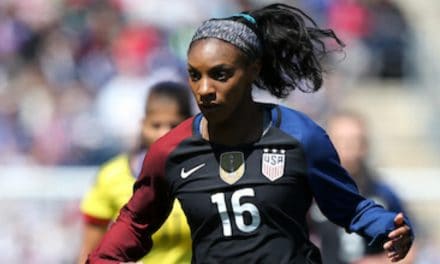 IT’S DUNN TO THE RESCUE: She scores equalizer for Courage in NWSL opener

A SECOND CHANCE: 3 college players available to be selected by MLS teams