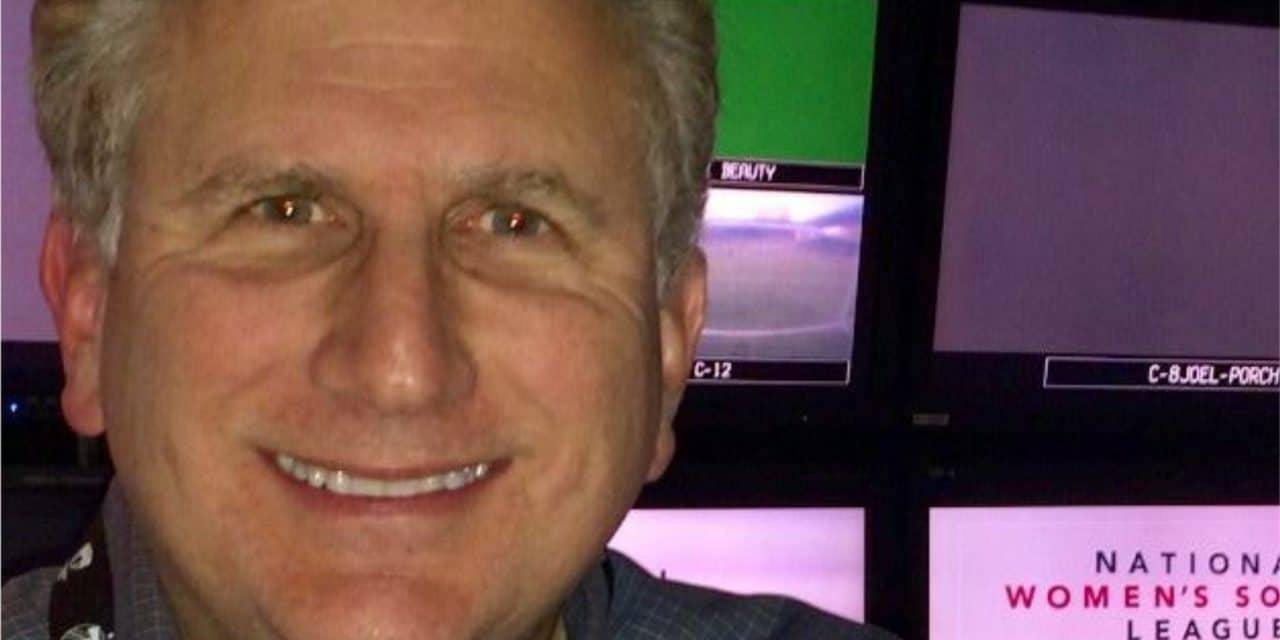 Michael Cohen started his career with one type of football before specializes in another type. (Photo courtesy of Michael Cohen)

The NFL draft can make or break careers of general managers, coaches and certainly the drafted players.

These days the draft has become a major primetime network show — ABC will air it Thursday night. But 40 years ago in 1979, the last untelevised draft, it became the launching pad for a career of man known for his work as a television sports executive and soccer producer – Michael Cohen.

The soccer universe certainly knows of Cohen’s impact on the growth of the sport in this country.

He was the first MLS producer for the national broadcasts on ESPN/ABC, the first executive producer for MLS and Soccer United Marketing, in which he oversaw thousands of hours of soccer production, including the 2002 and 2006 men’s World Cups and 2003 Women’s World Cup. He also designed the production plan to have every MLS game seen on TV through his work on nine Olympics (four overseeing soccer). He also helped to create the FOX World Cup division as a consultant and most recently designing media plans for the United Soccer League and National Women’s Soccer League.

The eight-time Emmy Award winner also made a big impact in talent selection as he is responsible for many key production people and on-air talent, including Aly Wagner, Kyle Martino and Eric Wynalda, among others.

And all that might not have happened if not for the 1979 NFL draft.

In February 1979, Cohen had been selected to be a high school intern at NBC’s New York affiliate WNBC. He did everything from sorting mail to answering calls on the assignment desk with callers with story ideas.

That year, New York City public schools started the Executive High School Internship Program. They interviewed students from some high schools, asked what their career ambition was and worked to secure interviews. Cohen wound up at WNBC, a dream job for anyone, heaven for a 16-year-old high school student.

So, it should not be surprising that his passion for sports led him down the hall to legendary local sportscaster Marv Albert.

“Marv was by far the sportscaster I looked up to the most,” Cohen said. “At the time he did it all – local sports for WNBC, Knicks, Rangers, NBC sports network shows. I would try to be outside his office and ‘accidentally’ talk to him.

“When we talked, he could not have been nicer.”

Cohen approached Albert and his producers several times expressing his desire to work in sports. Finally, his break came on May 3 just as he was leaving the offices at 30 Rockefeller Plaza. Albert saw him in the hallway and asked if he could accompany a camera crew for the NFL Draft the next day. The assignment was to be there for the reactions of a draft prospect from C.W. Post College, John Mohring – if he was drafted. Cohen jumped at the chance. The draft was a two-day event – May 3 and 4.

He admitted he was “extremely lucky but I was focused on the assignment because I especially on day one when we had no idea who was going to be picked, we had to be ready at all times to get the shots. I kept thinking if I can make a living in this business it would be amazing. Being in a place most sports fans could only dream of being.”

Cohen woke up early the next day and took the F train from his home in Kew Gardens Hills and met the crew outside the ballroom at the Waldorf Astoria where he was given a media credential that limited him to a section roped off for media.

The WNBC TV assignment editor had arranged with the NFL for three credentials – two for the crew (camera man and audio/lightning) and one for a producer – Cohen.

Cohen’s experience getting his credential turned at least one head.

“When we checked in the crew had press credential,” Cohen said. “I had a NYC-issued student bus and train pass which I presented. The NFL rep asked, ‘Who are you?’ I said, ‘I was the producer.’ He replied, ‘You are the producer?’ The camera man said, ‘Yes, he’s our producer.’ I was given a credential.  I got to go the press room for lunch and also allowed me to be position with all the other media.”

Cohen eventually made his way to the player and family section where he introduced himself to Mohring and his family. However, Cohen and the crew were positioned on the other side of the ballroom when the draft begun. 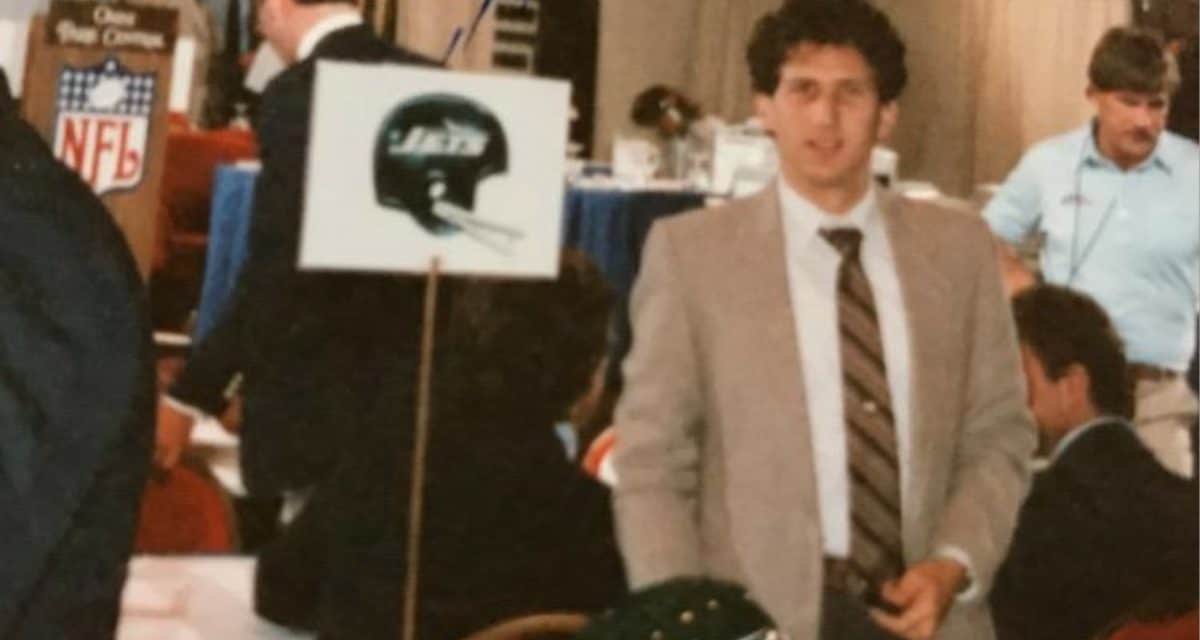 The room certainly was not as impressive at it is today. There was a podium on a stage, some lights and 28 tables for each team.

“I was a major Jets fan and was excited to be at the draft,” Cohen said. “However, the atmosphere was nowhere what it is today. There were a few guys from each team at the tables. It was more like a meeting than a draft. Very business-like.

Cohen paid close attention and had the camera ready as each pick was made, announced in the early rounds by Rozelle and then various league executives in the later round. He witnessed the Buffalo Bills’ selection of Tom Cousineau with the first pick, the New York Giants selecting Phil Simms. As a New York Jets fa, he was excited for their first two picks of Marty Lyons and Mark Gastineau. He remembered hearing the name called out in the third round as the 49ers selected out of Notre Dame – future hall of famer Joe Montana.

The picks kept coming but no Mohring. Still, the teenager never wavered.

“I was very focused on getting the shot so that kept me going,” Cohen said. “The later rounds go quicker so I was more concerned with having the camera crew ready than anything else. The crew were veterans and knew how important this was for the show and as my proving ground.”

Late in the first day as the media and fans grew fewer and fewer. Cohen’s presence and young age caught the attention of the NFL head of broadcasting Val Pinchbeck. Cohen explained what his assignment was.

“Val could not have been nicer and more gracious,” Cohen said.

Mohring was not selected on the first day so Cohen and the crew returned on Day 2 with even fewer fans and almost no press. Pinchbeck walked up to Cohen and told him it was okay to walk to the tables of the teams selecting to see who they were picking.

Now, when does that happen at any draft these days?

“That could never happen unless you were an NFL employee collecting the cards,” Cohen said. “I could not believe how nice the team reps were and they were all eager to help me be ready when the time was right.”

The team officials got to know the 16-year-old by name and were accepting of his assignment. Finally, after the Atlanta Falcons made their eighth-round pick, the Detroit Lions were on the clock.  The team official called Cohen over and told him to get his camera man in time to see the card written out, the card getting walked to the podium, the selection announced by an NFL executive:

The camera then turned to get the reaction of Mohring and his family. Cohen held the microphone in the press room for the crew and asked Mohring his thoughts on being drafted.

“That was very special because I knew one answer at least from the interview would be used,” Cohen said. “I had the questions in mind I would ask: ‘How did it feel to be drafted in the NFL? Are you excited about moving to Detroit?’ The good news is that the editor back at the studios was able to extract the best of the answers.”

Cohen joined the crew on the walk back to Rockefeller Plaza and walked into Albert’s office as they were preparing for the 11 p.m. news and said, “We got the shot.”

To which Albert replied, “Nice work.”

Albert then sent his producer to the edit room to review the footage and edit.

“I saw him the next day and he thanked me for all the hard work, knowing they were long days,” Cohen said.

“It was a great feeling seeing that segment air in the news that night that he was hosting and led to.

“I was honored and forever grateful he gave me the chance at the draft and really proud to have delivered the SHOT.”

Cohen told Albert that he wanted to be involved with sports and the broadcaster allowed the teen to spend the final month of his internship in the local sports department. Albert arranged for Cohen to help out on weekends during his freshman year at Queens College.

“I met a lot of people at 30 Rock, got to watch some Saturday Night Live rehearsals and actual shows since I was in the building.” Cohen said. “I had the chance to meet the network sports guys and starting in fall of 1981, I began working as a videotape logger for the NBC NFL pregame show and continued there through college.”

He made it a point to visit the local sports department often to keep Albert apprised of his career.

Cohen ended up getting a job at ESPN, where ironically over his career he worked 14 NFL drafts on the production team until his career led him to the world of soccer.

He has seen the draft grow over the years and takes a lot of pride in being part of some very memorable moments and now has been a part of the growth of the world game in this country.

“I was in the moment and so focused,” Cohen said. “I do remember feeling how cool it was to be in a place that was making news every few minutes and he surrounded by team and league execs and players who were going to be playing in the NFL in just a few months.

“As I got older, I learned to enjoy every experience and can’t believe how much the draft has grown. Not just the event itself but the lead up and conversations that take place for months before the draft.”

When people seem surprised that at age 56 Cohen has worked in television sports business for 40 years. Well almost; it will be 40 years come May 3. 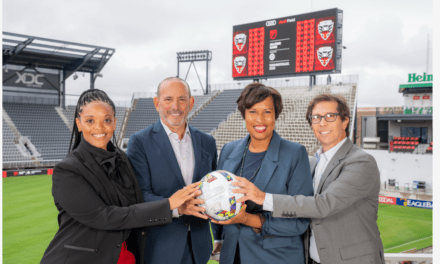 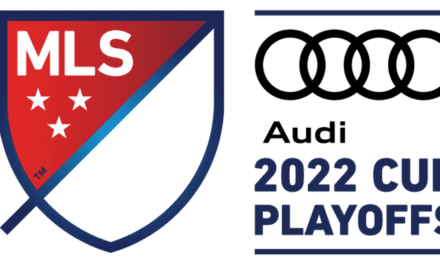 THE FINAL FOUR: Of the MLS Cup Playoffs 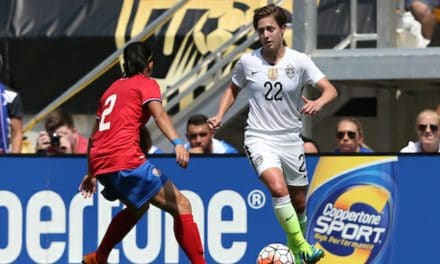 SITTING THIS ONE OUT: NWSL suspends, fines Klingenberg 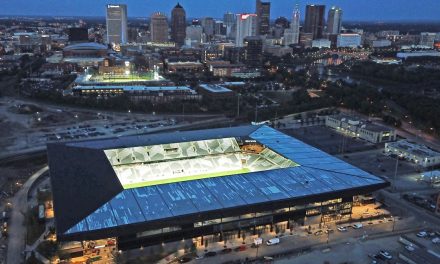