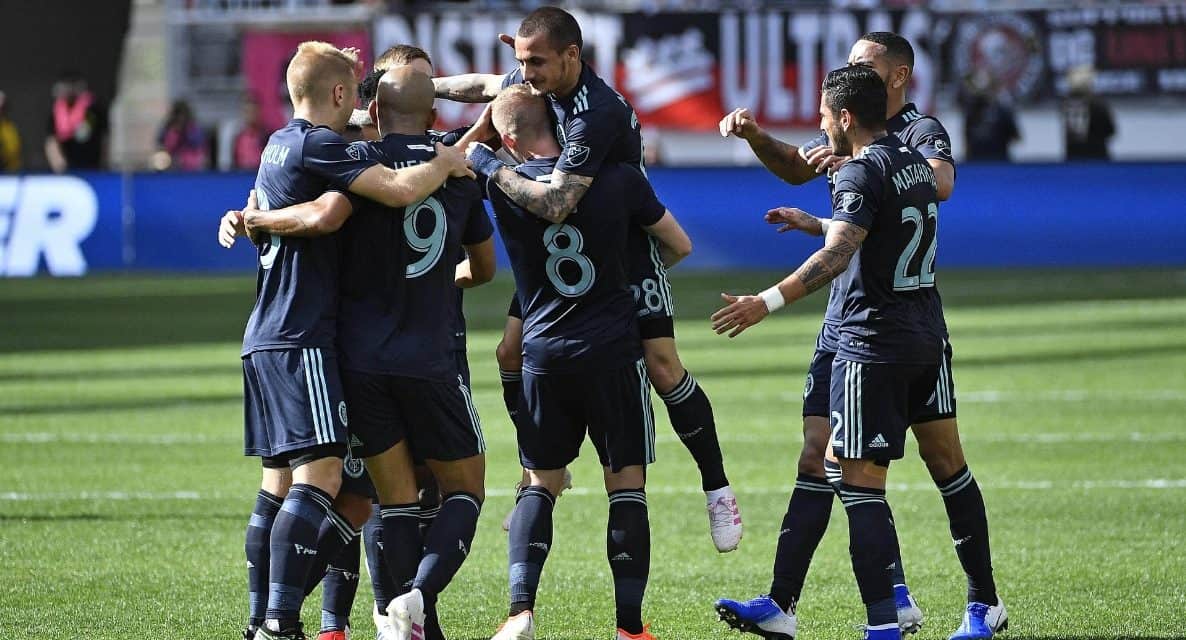 WASHINGTON, D.C. — Well, one thing is for certain:

Not only did City finally register its first victory of the season, the visitors also won for the first time in the nation’s capital, a 2-0 triumph over first-place D.C. United at Audi Field Sunday afternoon.

NYCFC had lost its first four matches here dating back to its first season in 2015, but Brazilian striker Heber, making his first start, made sure that became history by scoring one goal and setting up another.

The result boosted NYCFC (1-1-5, 8 points) out of the Eastern Conference cellar into ninth place. City recorded only its fifth win in 23 games.

United (14) fell to 4-2-2. D.C. In fact, it entered the match at 16-5-6 with former England international Wayne Rooney in the lineup, but he wound up not being much of a factor.

City did an excellent job of bottling up the United attack, using Alex Callens, James Sands and Maxime Chanot as three central defenders. Sean Johnson was credited with his first shutout victory of the season. He has two other clean sheets – both via home scoreless draws.

There was little doubt in this one as visitors were the dominant side because they attacked so much.

City drew first blood in the 35th minute when Heber, on the left flank, fed Alexandru Mitrita in the middle of the penalty area. The Romanian midfielder sent a shot into the lower right corner past goalkeeper Bill Hamid.

After D.C. defender Leonardo Jara committed a rather stupid foul on overlapping left back Anton Tinnerholm that was ruled a penalty kick, NYCFC botched a great opportunity to double its lead just before halftime.

If the reprieve helped lift United in the second half, the host side did not show it enough in the final 45 minutes.

Moralez continued to flirt with the woodwork in the second half as his shot hit off the left post in the 56th minute.

Seconds later, however, Heber rifled home a hard-angled shot from seven yards on the left for a stunning two-goal advantage.

City won’t have much time to celebrate its first three points of the season. It hosts the Chicago Fire at Yankee Stadium Wednesday night. 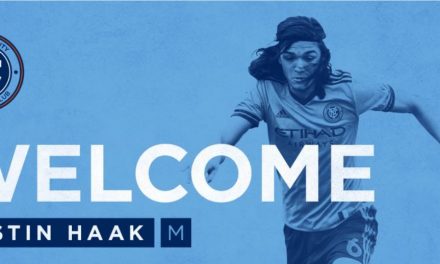 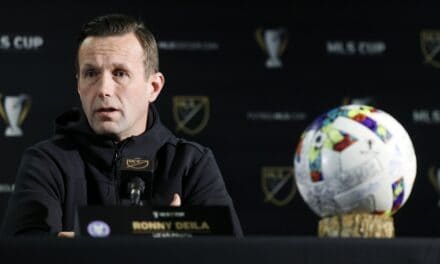 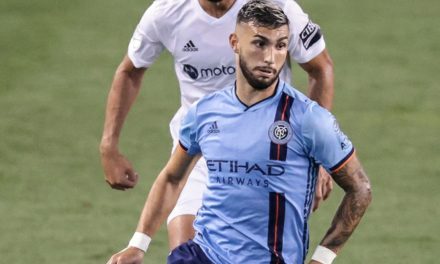