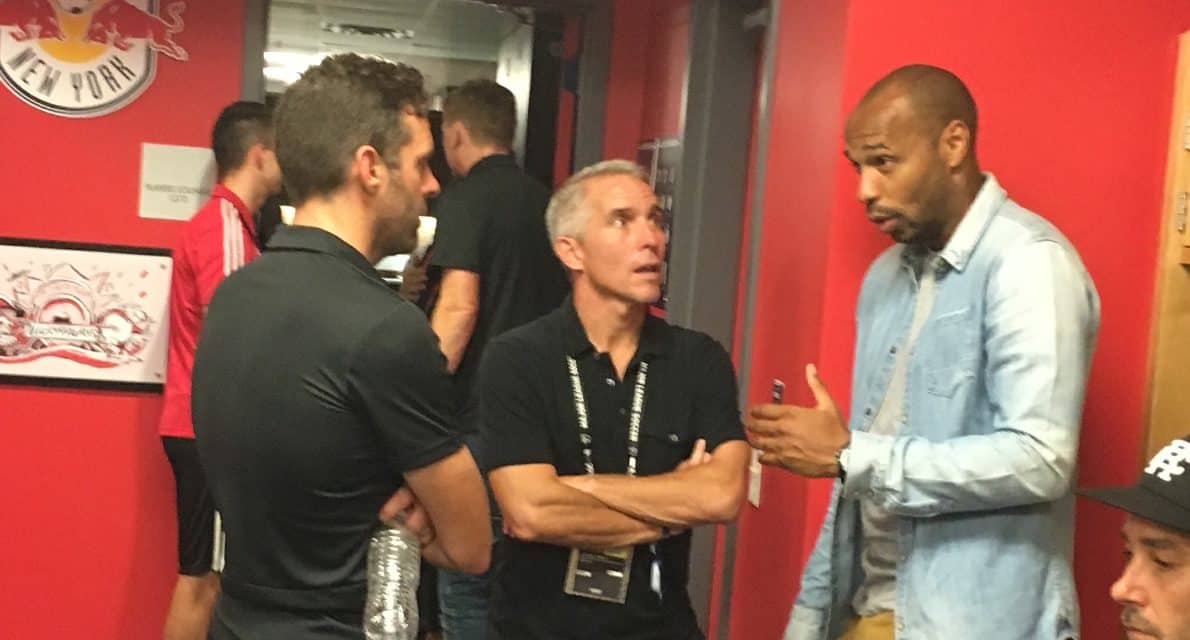 If reports emanating out of England are correct, Thierry Henry will be the next Red Bulls head coach as soon as next week.

Sky Sports News and the Daily Mirror reported Sunday that Henry will take over the reins of the struggling Major League Soccer club, according to sources.

Sky Sports News said it was understood that the soccer and commercial parts of Red Bull, the team’s owners, agreed to bring Henry back to the team. Red Bull head of global soccer Oliver Mintzlaff is set to fly to London to finalize a deal with the 1998 World Cup winner and former Arsenal great.

Last week FrontRowSoccer.com reported that the Red Bulls had contacted Henry about assuming a position with the team.

Under former U.S. international Chris Armas, the Red Bulls, the reigning Supporters Shield champions, are in 10th place in the Eastern Conference with a 1-4-2 mark and only five points after seven games. The Red Bulls dropped a 1-0 decision at the New England Revolution Saturday night.

Armas took over from Jesse Marsch, who went to Red Bull Salzburg to become assistant coach before he being named head coach for next season.

Henry, 41, was an assistant coach with the Belgium national team at the 2018 World Cup. His first venture into club coaching lasted three months as he was fired by Monaco (France) in January.

Henry’s coaching methods have been criticized.

And his methods have been highly criticised, with Aleksandr Golovin recently declaring:

“When things weren’t working out during practice he would get nervous and yell a lot. Maybe it was unnecessary,” Monaco midfielder Aleksandr Golovin was quoted by the Daily Mirror.

“He was a very strong player and the only players near his level at Monaco are maybe [Radamel] Falcao and [Cesc] Fabregas. He would try to go out onto the field and show us how to practice and yell.

“Maybe a different manager would say ‘let’s go, get it together,’ but he would get nervous right away and run onto the field and start playing and showing us things.

“He would scream ‘try to get the ball away from me’. Players were mostly calm, but maybe they were in a bit of a shock.

“You could tell he didn’t fully transition into the role of manager.” 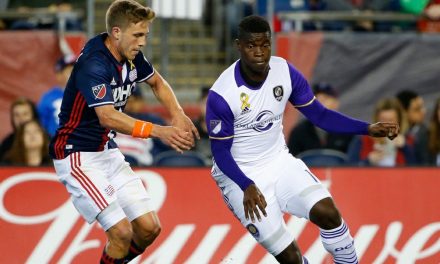 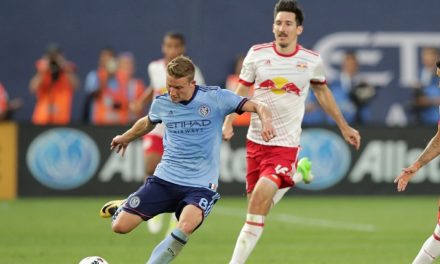 THEY BOTH WANT TO GET THE POINTS: Playoff push might overshadow the Hudson River Derby as NYCFC goes for a sweep 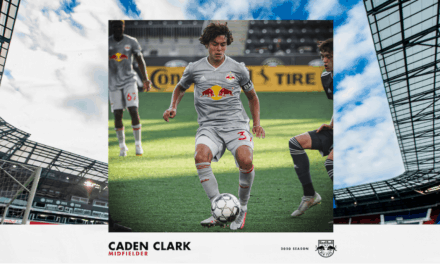