SEEING RED AND PERHAPS MORE: Kaku ejected for kicking fan in the face with a ball; could face multi-game ban 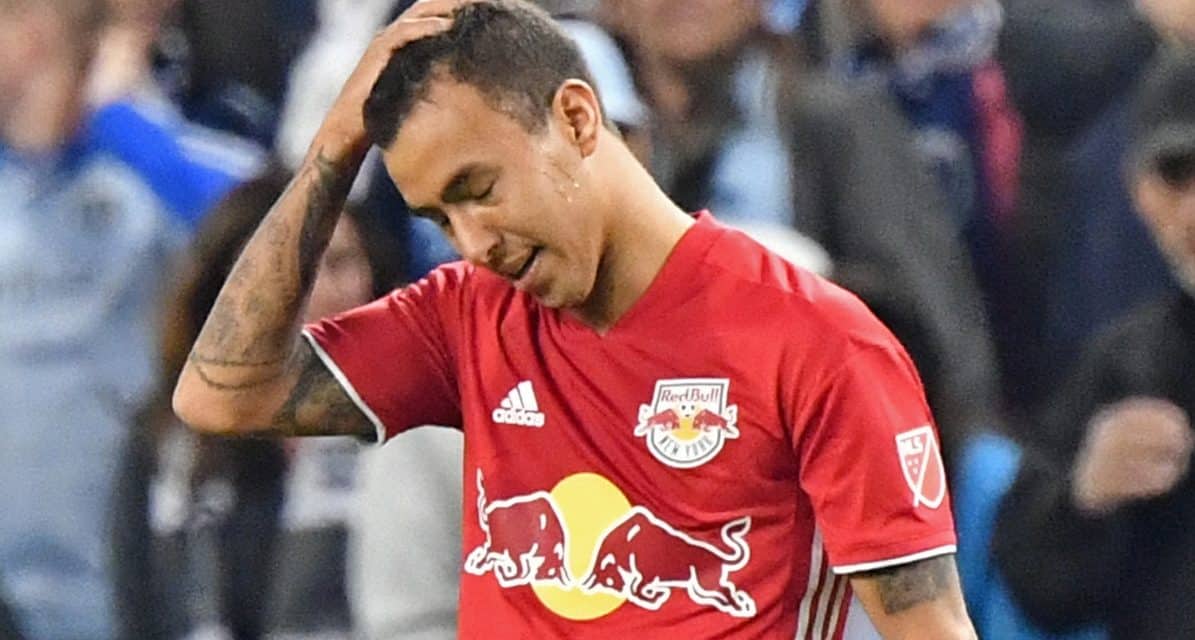 KANSAS CITY, Kan. — Kaku could be in big trouble with Major League Soccer.

During stoppage time of the Red Bulls’ 2-2 draw at Sporting Kansas City Sunday night, the Red Bulls midfielder drilled a soccer ball close to the stands into the face of a fan.

Kaku was red carded by referee Robert Sibiga in the 94th minute. The Paraguayan international will miss next Sunday’s game at the New England Revolution and the league could tack on additional games to his suspension due to the viciousness of the incident.

A pushing and shoving match ensued between both teams as words were exchanged before order was restored to the field.

Sporting defender Andreu Fontas said Sporting players told Kaku “that this is not good to do it. This is a stupid thing.”

Kaku was not available for comment about the incident, although Red Bulls head coach Chris Armas apologized for the incident.

“We’ve got to make good decisions,” he said. “I think Kaku was hoping for a different pass. He’s apologized to the team and to the fan, as well. I think he’s just frustrated and trying to smash it into the signage. You’ve got to be careful. We hope that the gentleman is okay. We apologize. We’re sorry that happened.”

Armas said he did not see what transpired as did two Red Bulls who were interviewed after the match.

“I didn’t exactly see what happened, but you hate to see that,” said forward Brian White, who came off the bench in the second half to temporarily give the Red Bulls a 2-1 edge. “You hope he’s okay and there’s no long-term injury with him.”

The same thing went for midfielder Royer, who also scored in the final half.

Fontas gave the fan his jersey after the final whistle. He said it was one of the most difficult things he has seen at a game.

“I was so close when I saw the ball,” he said. “It was a very, very, very hard ball that he gets in his face. I felt very bad for him because he was here to enjoy and to see a good show, a good match and he doesn’t deserve this. I went after (the game) to give him my jersey because I felt very bad for him and [wanted to make him] feel a little bit better. I said, ‘I hope you’re okay. Thank you for the support.’ It’s bad luck and for sure, the other player of the other team didn’t want to hit him in his face, but it was one of the hardest things I’ve seen in a stadium. Hopefully, he’s OK and he can come back next game to support us.”

Kaku endured a frustrating preseason when the Red Bulls blocked his transfer desires to join Club America in Mexico. It was not known whether that frustration led to Sunday’s ill-advised incident. 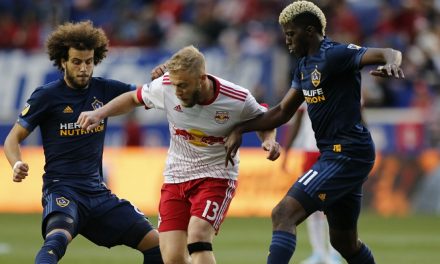 HE’S NO. 1: Newcomer Fletcher leads all Red Bulls players with $1.59M salary; 4 are above 1 million