The U.S. men’s national team will begin its quest for a record-tying seventh confederation title when it faces Guyana, Trinidad & Tobago and Panama in Group D of the 2019 Concacaf Gold Cup.

The tournament will take place in the United States, Costa Rica and Jamaica from June 15-July 7.

The USMNT opens the 15th edition of the Gold Cup with its first trip to Minnesota, taking on Guyana Tuesday, June 18 at Allianz Field in Saint Paul, Minn.

The U.S. has won the Gold Cup six times, including the most recent edition in 2017. The USMNT won the inaugural tournament in 1991 before being crowned regional champions in 2002, 2005, 2007 and 2013. Should the Americans win the 2019 competition, they would tie Mexico’s record of seven titles.

“I think we have a great and challenging group,” USMNT head coach Gregg Berhalter said. “When you prepare yourself to get through a difficult group like this, it sets you up for good things to come. We’re excited to get into camp at the end of May, then develop the team and be able compete in the Gold Cup, which is a fantastic tournament.”

If the U.S. advances out of the group stage, its quarterfinal match would take place Sunday, June 30 at Lincoln Financial Field in Philadelphia, Pa, while its potential semifinal contest would come at Nashville’s Nissan Stadium Wednesday, July 3. Chicago’s Soldier Field will host the final for the third time Sunday, July 7. Located within walking distance of U.S. Soccer’s headquarters, the venue previously played host the USMNT’s Gold Cup title wins in 2007 and 2013. 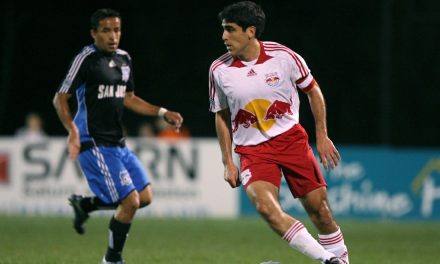 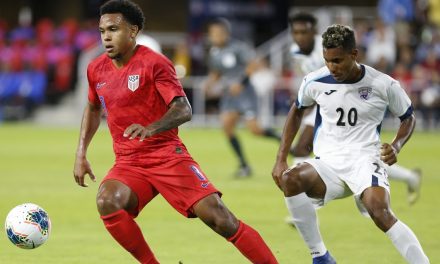 BEST WAY TO GET THE MESSAGE OUT: Berhalter: USMNT can have its say about Qatar at the World Cup