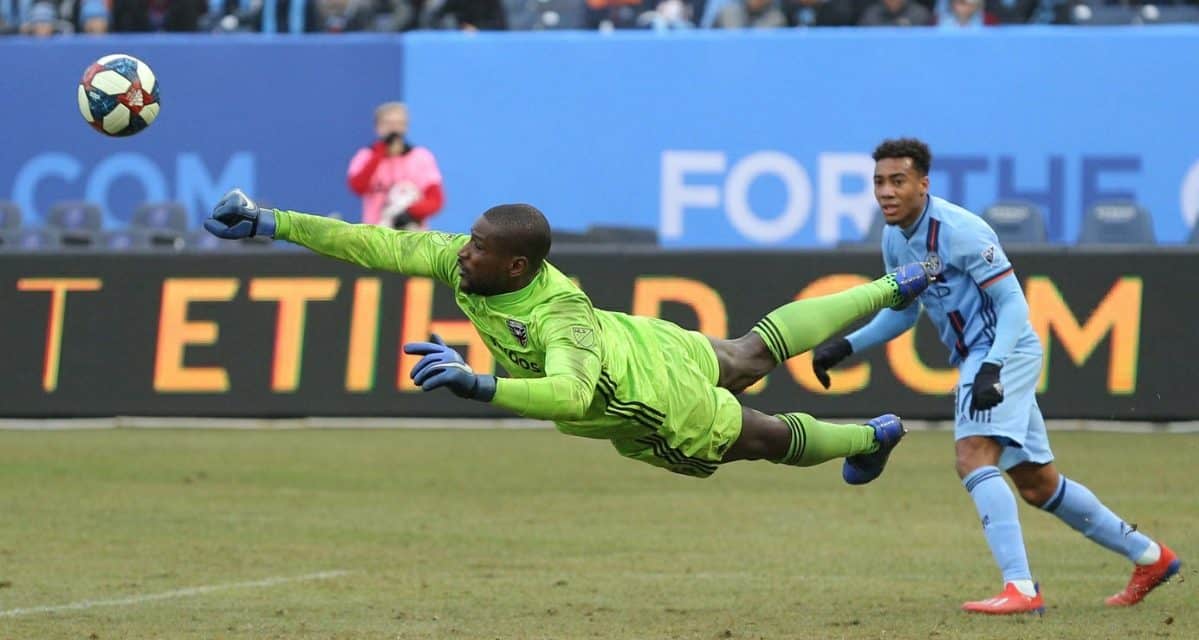 BRONX — In so many respects, it was quite appropriate that Sean Johnson and Bill Hamid fashioned shutouts at Yankee Stadium.

On a day in which goal celebrations were extinct for 90 minutes and the men guarding their respective nets at each end of Yankee Stadium, both men were linked even before New York City FC’s home opener kicked off Sunday.

Almost seven years ago, NYCFC’s Johnson and D.C. United’s Hamid played in the same game, during a vital Olympic qualifying match for the u.S. Under-23 national team for the 2012 summer games in London.

The United States needed a win against El Salvador — which included current Portland Timbers midfielder and former Cosmos Andres Flores in the Starting XI — to reach the semifinals of the Concacaf qualifying tournament.

The Americans failed to advance, losing, err, I mean tying the Central American side on a goal in stoppage time that skipped over the shoulder of Johnson for a devastating 3-3 draw in Nashville, Tenn. March 26, 2012, one of the most disappointing and brutal results recent U.S. men’s soccer history (nothing, of course, tops the 2017 debacle in Couva, Trinidad & Tobago).

It went into the record books as a tie, but it was an excruciating loss for the Americans, who failed to book a spot in the Olympics for only the second time since the 1976 tournament in Montreal.

“It’s a painful moment. The players are devastated,” a sullen U.S. coach Caleb Porter said. “To put in as much as they put in that game and all the heart they put in and played the way they did in the second half.  .  .  .  to be second away from the No. 1 seed, it’s unimaginable.

“I’m sorry for the fans, sorry for U.S. Soccer that we couldn’t get the job done.

“I’ve never felt anything like this in my life.”

Alas sent his shot, not a hard one, one bounce past Johnson, who had replaced an ailing Bill Hamid in the 39th minute. Hamid injured his ankle in the 31st minute, but eight minutes later he had had enough.

“He feels like he’s let everyone down, his teammates down,” Porter said of Johnson. “I didn’t [think he did]. The kid’s got a great future.”

The fast-paced and exciting encounter had a little bit of everything, from lead changes, beautiful goals, seven yellow cards issued by referee Roberto Garcia (Mexico), even a sucker punch by Salvadoran defender that left Terrence Boyd with a bloody face in the 82nd minute. While only a crowd 7,899 showed up at LP Field, the match had the feeling it was being played in Central America instead of the south, the enthusiastic crowd was so loud and boisterous.

Boyd, who started over Teal Bunbury, struck for the first two U.S. goals, the first one 61 seconds match off a nice volley. The second one was scored in the 65th minute after Lester Blanco (35th Minute) and Andres Flores (37th minute) scored within 83 seconds against an ailing Hamid

Joe Corona, the hat-trick hero of the U.S.’s 6-0 win over Cuba in a previous group stage match, tallied in the 68th minute to give the U.S. a 3-2 lead, setting up the dramatic ending.

At the end of the match, the entire U.S. squad collapsed to the LP Field grass, shocked in disbelief on what had transpired.

No one was talking about that encounter Sunday when both players, much more mature and at the top of their respective games, matched each other on opposite sides of the field as they left what masqueraded as a soccer field at Yankee Stadium.

Older and much wiser, both players rose to the occasion.

“Bill and I go way back ‘till when we came into the league in 2010,” Johnson said. “We’ve been together along the way, so it was good to see him do well as well.”

Captain Alex Ring liked what he saw from Johnson.

“He’s fantastic,” he said. “I’ve been playing with him now my third year. I think you can always rely on him. He’s made big stops for us before. But like I’ve said, it’s his job. I think he woke us up a little.”

“Yeah in the back we’re doing solid,” he said. “We have a good chemistry about us. Fred [Brillant] took a hard knock at the end of the game and he fought to the end of the game. Russell [Canouse] and Junior [Moreno] have the ability to move laterally and protect the back line.”

City and United will meet again at Audi Field in Washington, D.C. April 21. 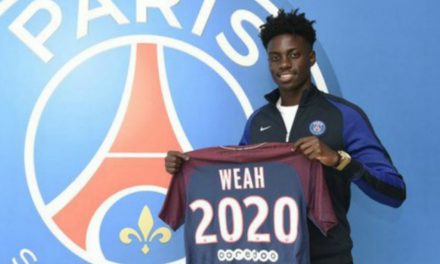 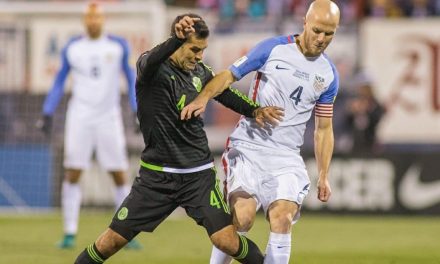 COUNTDOWN TO MEXICO (2): El Tri, Marquez end the dos a cero streak with a dramatic late goal in 2016