“Good result for us,” NYRBII head coach John Wolyniec said. “I thought for the most part we played really well and created a lot of chances. We didn’t give up much except for the second half of the first half.”

Barlow, off a Marcus Epps assist, opened the scoring for the hosts in the 26th minute before 727 spectators before Felipe Hernandez equalized off a Ngom Mbekeli feed in the 44th minute.

Epps tallied an unassisted score in the 55th minute before Barlow gave Red Bull II some breathing room off a Jake Stroud pass in the 62nd minute.

“Perfect day to play, ready to get the season going,” Barlow said. “It felt good to get a couple of goals. … Could have had a few more but hopefully I just kind of get my misses out of the way early. But it’s nice to start off the season with a win, three points. Just start building from there.”

Rece Buckmaster and Sebastian Elney each made their professional debuts in the victory.

“Rece was very good,” Wolyniec said. “He did a lot of things we wanted tactically, joined the attack in some good ways at times, very alert and aware, he made some intelligent plays.”

NYRB II will take week off and will return home when it faces Nashville SC Saturday, March 24 at 1 p.m. ET. 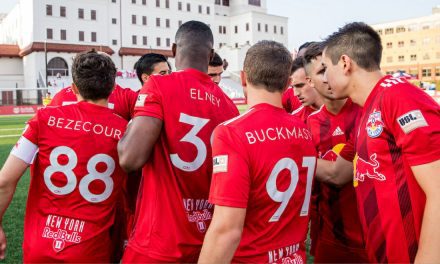 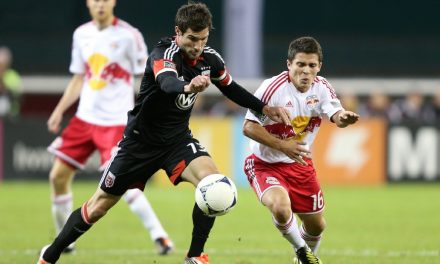