CHICAGO – Amanda Duffy has been named president of the National Women’s Soccer League, it was announced Tuesday.

In her role as president, the highest office in the NWSL, she will continue to oversee all aspects of the league’s day-to-day operations and will work closely with the league’s owners on the strategic direction and objectives for NWSL as it continues to grow and raise standards for the sport on a global basis.

“Amanda has been instrumental in operating the league as managing director,” North Carolina Courage owner and executive committee chair Steve Malik said. “She’s an extremely talented professional and we feel that she will continue to foster the league’s growth as President. As we look to the future, her experience and talents are a great fit for taking the league to the next level.”

Duffy was a driving influence with the launch of NWSL Media, the commercial arm of NWSL, as well as with the development of the historic partnership between the league and A+E Networks. She holds a seat on the NWSL Media Board of Directors.

“I would like to thank the NWSL Board for its support and confidence in me,” Duffy said. “The NWSL has made significant strides over the past six seasons thanks to the world class talent of our players, the vision of our owners and the commitment by everyone associated with the league to make NWSL the global destination for the very best in women’s professional soccer. Add to that the remarkable support from our fans, sponsors and media partners, and we’ve built an outstanding foundation that all of us can work from to realize the extraordinary promise of NWSL and each of our teams.”

Duffy worked for Louisville City FC, rising through the ranks of the United Soccer League club that she joined as the vice president of operations in October 2014 before being promoted to general manager in December that year and being tapped to serve as president in November 2015. She also spent more than seven years at the league headquarters for the USL, where she worked in a number of areas in connection with USL PRO and USL W-League – including strategic planning, league management, and other administrative roles. 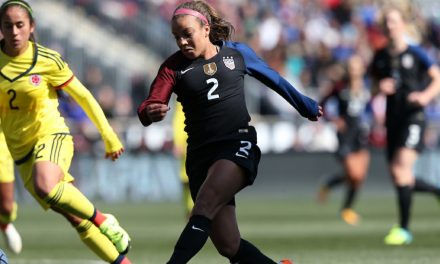 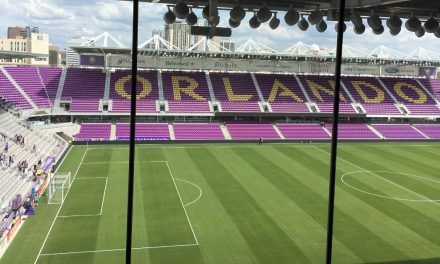 PLAYERS HAVE THEIR SAY: NWSLPA names Kerr its player of the year, as 7 Courage players make its team of the year