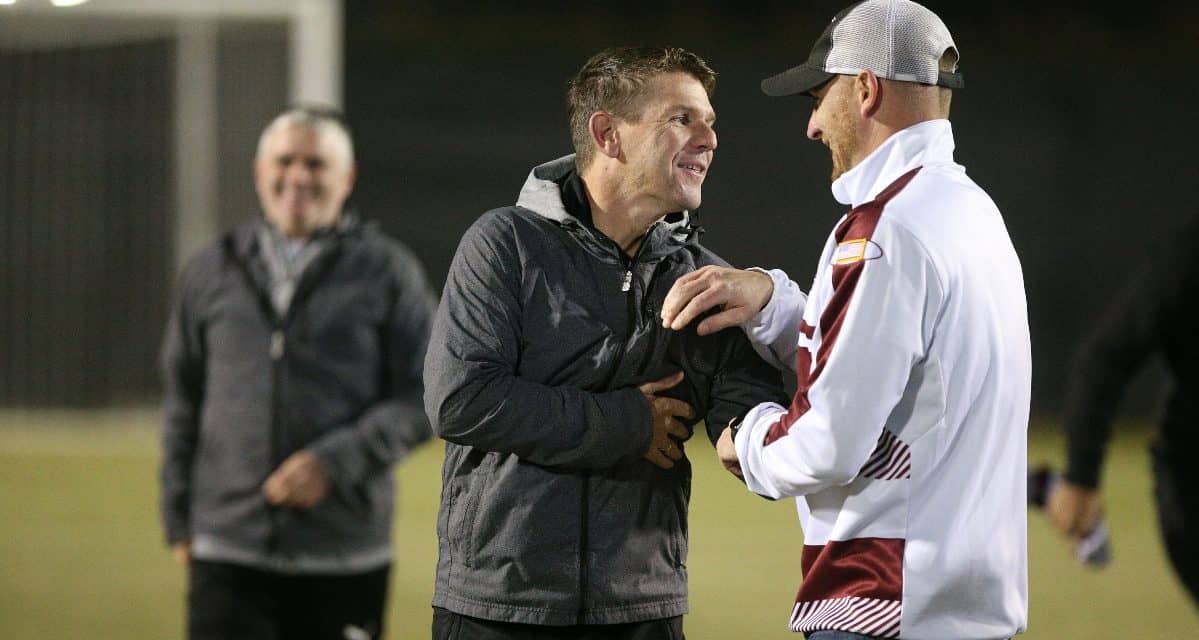 Jim McElderry directed Fordham to the NCAA Division I quarterfinals in 2017. (Photo courtesy of Fordham SID)

McElderry, who led Fordham University to three NCAA Division I appearances, including the tournament quarterfinals in 2017, and two Atlantic 10 Championships over the last five seasons, Saturday was named the seventh head coach in the 80-year history of the Rutgers men’s soccer program.

“Rutgers is delighted to welcome Jim McElderry to lead our men’s soccer program,” Rutgers director of athletics Pat Hobbs said. “Jim comes ‘To The Banks’ with a proven record of program building resulting in NCAA Tournament appearances and numerous accolades for his student-athletes for their performances on the pitch and in the classroom. Jim brings a great vision for the future of our program and has strong recruiting ties both regionally and internationally. With Jim’s leadership and the support of our outstanding soccer alumni, we will see our program rise in the Big Ten and on the national stage in the years ahead.”

During his 16-year tenure with the Rams, McElderry’s student-athletes have been rewarded with 27 All-Region honors over the last 12 seasons, including five named in 2017 and three earning distinctions in 2018, 2016 and 2011. Altogether, McElderry has coached 18 Atlantic 10 All-Rookie and 32 All-Atlantic 10 honorees, as well as the 2018 Atlantic 10 Offensive and Defensive Players of the Year.

As much as McElderry’s teams have succeeded on the field, his squads have been as equally impressive in the classroom having earned the Team Academic Award from the United Soccer Coaches Association for nine-straight years and securing a 100 percent graduation rate of four-year team members since 2003.

“I would like to thank Pat Hobbs and his incredible staff for entrusting me with the position of head men’s soccer coach at Rutgers,” McElderry said. “My family and I look forward to joining the Rutgers community and this great university.

“As a native of New Jersey, I understand the history of Rutgers men’s soccer. I will work tirelessly to attract top level student-athletes, compete at a high level in the Big Ten and on the national stage and engage the alumni and Rutgers fan base to support a team they will be proud call their own.”

This past season, Fordham qualified for the Atlantic 10 Tournament for the fifth consecutive season and spent six weeks in the United Soccer Coaches Top 25 rankings, as well as the entire season among the top 10 in the regional rankings. Among the Rams wins this past season were victories over the Big Ten’s University of Wisconsin and Northwestern University.

In 2017, McElderry guided Fordham to its best NCAA finish for any Division I team in school history with a quarterfinal run behind a program-record 14 wins. The Rams concluded the year at No. 11 in the United Soccer Coaches Poll with a tournament run that included wins over St. Francis Brooklyn and No. 11 seed University Virginia, as well as a penalty kick shootout win over No. 6 seed Duke University. The Rams also boasted eight All-Atlantic 10 selections, five Midwest Regional honorees, the Atlantic 10 Defensive Player of the Year and a CoSIDA Academic All-District First Team representative.

Prior to Fordham, McElderry served as an assistant coach at his alma mater, Fairfield University, from 1993-2002. While with the Stag program, Fairfield broke into the top 25 for the first time in school history behind a school-record 15 wins and 11-game unbeaten streak in 1998 and captured the Metro Atlantic Athletic Conference championship in 1999. In his last four seasons, the Stags advance made four consecutive MAAC championship game appearances.

McElderry has been associated with the Region I Olympic Development Program, the head coach for the Everton F.C. Westchester Academy Under-15-16 team and was on the Storm Academy Soccer Club staff for its multiple regional championships. He was also a scout for U.S. Soccer Federation Development Academy. 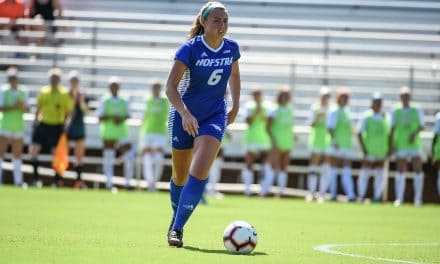 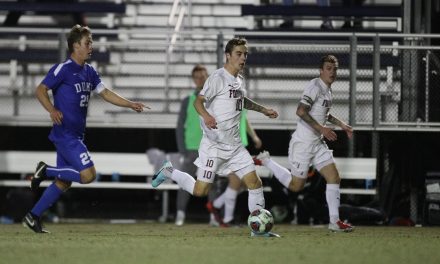 SOME HOMECOOKING: Fordham men down Columbia, 1-0