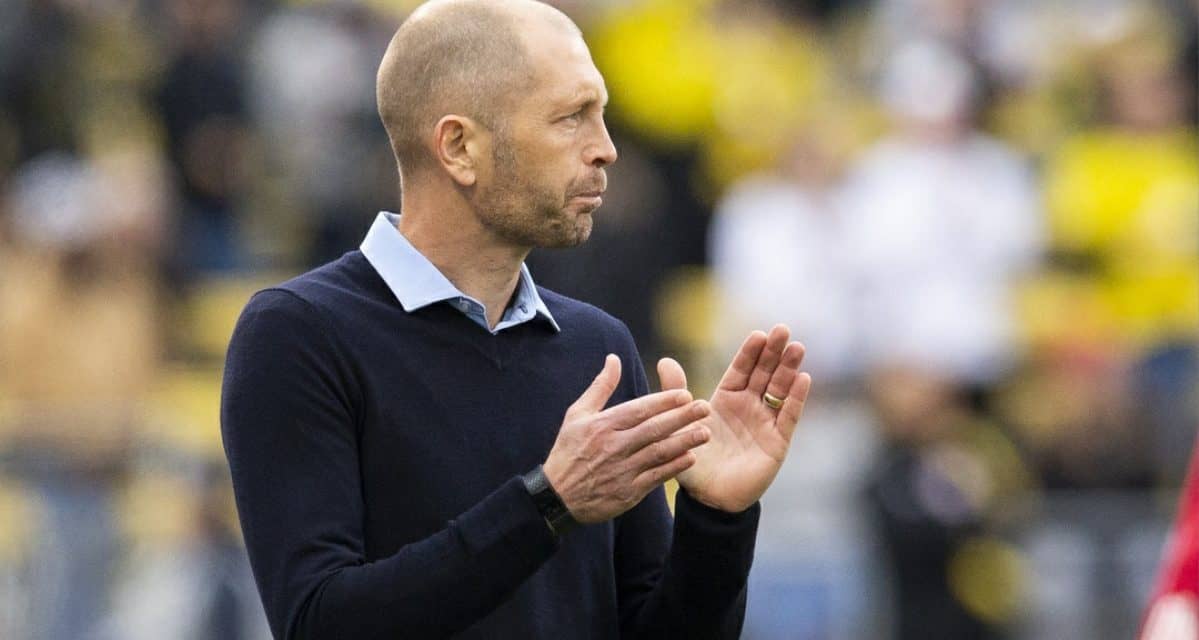 HARRISON, N.J. — If this was Gregg Berhalter’s final game as head coach of Columbus Crew SC, he wasn’t telling.

Berhalter is considered front-runner of the U.S. national team head coaching job as Dave Sarachan finishes out a long run as interim coach with two games in Europe this month.

The former St. Benedict’s Prep standout played down the speculation that he will become the next U.S. national coach.

“I don’t think we need to talk about it right now,” Berhalter said after Columbus was eliminated from the MLS Cup Playoffs via a 3-0 loss to the Red Bulls at Red Bull Arena Sunday night.

Red Bulls head coach Chris Armas was a teammate of Berhalter on the U.S. squad and gave him a ringing endorsement.

First, Armas praised what Berhalter has done with Columbus.

“Look, I think we see his team is different,” he said. “And this year even more than ever the way they have defended, they’re very organized, they’re very stingy. Statistically that shows up, the amount of goals they give up, maybe 43 on the year, you know. And, yeah, and the reality of trying to break them down is not always so easy. Gregg, he’s just like a student of the game.

“We were national team teammates. I know him well and he’s just a pro. So his team carries on that way. And then of course then you can talk about with the ball, that how good they are. They can unbalance you and they can give you fits. So he’s a tremendous coach. Their staff is, they’re just, they make our job difficult to prepare. And if he’s the next national team manager, we’re behind him. We’re behind him and with another tier of players it would be fun to see what he could do. But he will do great. He would do great.”

A NEW LEAGUE: MLS to kick off lower division league next year