The team needs to defeat Penn FC and North Carolina FC lose at Louisville City FC to clinch a spot.

With two matches left in the regular season, NYRB II face a Penn FC side that already has been eliminated from postseason contention entering.

Coming off a 2-1 road victory at North Carolina FC Saturday, New York climbed back into the eighth and final playoff spot in the Eastern Conference.

Both sides have met once this season with NYRB II winning, 2-1, at MSU Soccer Park back in August. Andrew Tinari and Tom Barlow scored goals. 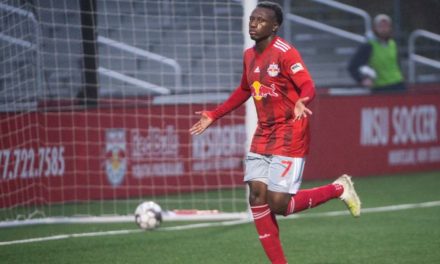