HEAD AND SHOULDERS ABOVE: Parker and company show Atlanta who’s the boss 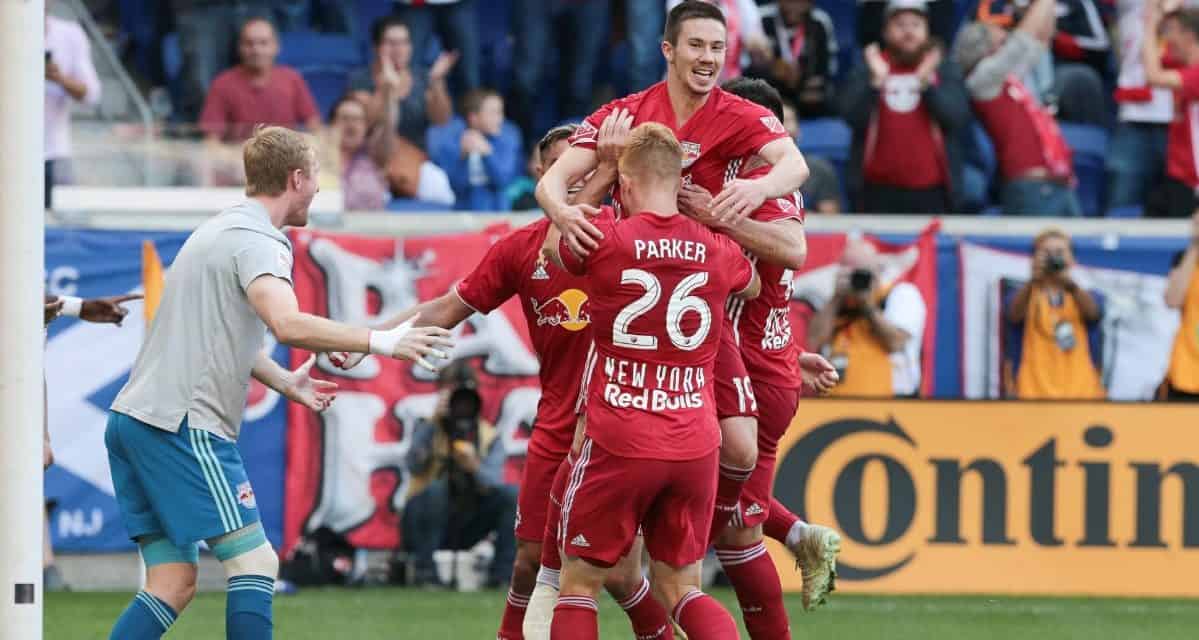 HARRISON, N.J. — A big-time, Giants fan, Tim Parker gave away his tickets for the NFL team’s game at MetLife Stadium Sunday. It’s just as well because that game probably would have ruined what otherwise a perfect day at the Giants suffered a 33-18 defeat to the New Orleans Saints.

Some 12 miles down the New Jersey Turnpike at Red Bull Arena, Parker and his Red Bulls teammates wound up living up to the price of admission as they had their way and then some with Atlanta United en route to an emphatic 2-0 triumph. The result moved the Red Bulls within a point of the Eastern Conference leaders for Supporters Shield glory with three games remaining in the regular season.

The Red Bulls played their usual pressing game from the opening whistle.

“I think when teams come into Red Bull Arena, they overlook how we play here,” the Hicksville, N.Y. native said. “I think we overwhelm teams and from the first whistle I think that Atlanta felt they were a a step behind us the whole game. We frustrated them, we put the game on our terms and that’s what we’ve got to do, especially at home.”

Parker, a 6-2, 190-lb. center back, and Aaron Long helped shut down the lethal Josef Martinez, who entered and exited the match with a league-high 30 goals.

“Tim and Aaron, you can see why they’re what we, why they were regulars on the national team,” Red Bulls head coach Chris Armas said. “They can run, they fight, they have courage, they’re good in the air, they can step in front, they can win foot races.”

And sometimes even score goals besides limiting the opposition to none.

Parker, who played in his 100th MLS match, thought he had tallied his first of the season in the 32nd minute, but he was offside on that play.

He had another opportunity in the 75th minute, when he tapped home Alex Muyl’s shot from the right side.

“I don’t know. Maybe I was offsides on the first one, maybe I wasn’t,” Parker said. “I had to tell Lex [Muyl] I tried to let it go. I saw the guy come in and I had to tap it in. It’s awesome. Scoring goals are great, but the shutout at the other end is sweet.”

That was the 12th MLS shutout for the Red Bulls.

Looking back at the week of preparation for the match, the Red Bulls struggled the past week and it probably didn’t look too good for earning their 12th clean sheet of the season.

“It’s tough. The whole week of training we weren’t really too happy with each other,” Parker said. “We weren’t happy with the way we were figuring things out and then, come game day, things got easy. I think that credits the guys, the scout team that obviously replicates Atlanta and that credits us for figuring things out the right way on game day.”

Parker and company anticipated this game for quite a while. Given the team’s records, they could meet in the Eastern Conference final for an opportunity to host MLS Cup Dec. 8.

“Obviously, this is a game we had marked on the calendar for a little while,” he said. “Now the next couple of games are just as important. We put ourselves in a good position today. Now we’ve got to follow that up.”

Game No. 1 is at the reeling San Jose Earthquakes Saturday. After the international break, the Red Bulls will visit the Philadelphia Union Oct. 21 and close out the regular season at home vs. Orlando City SC Oct. 28.

A Parker did attend the Giants game. His father Ken watched — perhaps suffered — through a disappointing result.

“I just saw him after the game,” Tim Parker said “Really happy. He’s off to the Giants game. Hopefully, we get two wins today.”

Well, that wasn’t in the cards.

But in this situation, one out of two certainly isn’t bad, especially when you blank a quality side like Atlanta and score a goal in the process.

MEET THE PRESS: The Rhinos discuss their dire situation in a press conference 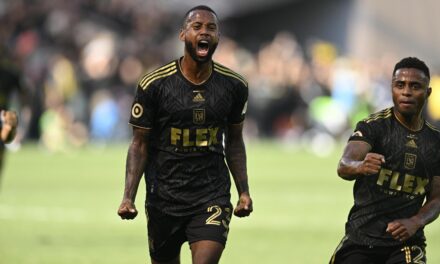