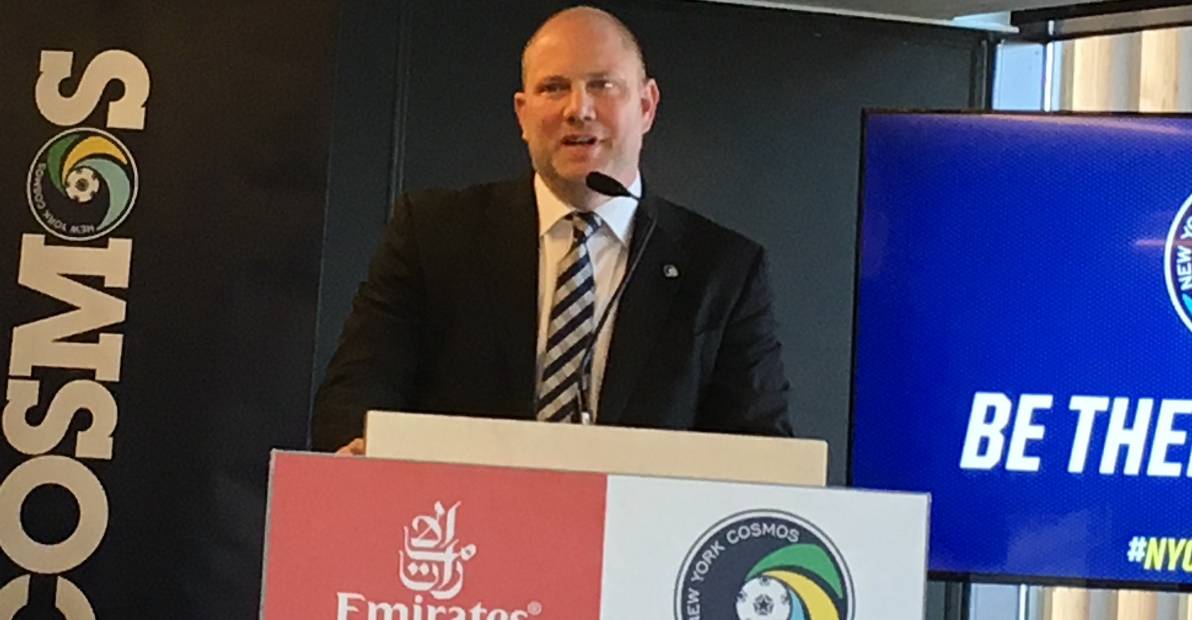 Erik Stover, the Chief Operating Officer of the Cosmos for the past six years, has decided to move on.

Stover, who oversaw the North American Soccer League team’s tenure in which it secured three titles, announced Thursday that he has become the CEO of Fox Soccer Academy.

“I’m proud of my time with the Cosmos, not for what we were able to accomplish on and off the field, but for the great friendships that I developed with people like Gio Savarese and Luke Sassano,” Stover said of the former Cosmos head coach and assistant technical director. “It was a roller coaster ride at times, but we worked hard and stuck together.

“I think the club is in great hands with Rocco. He loves the game and New York. I’m confident that he’ll find a way to get the team back on the field and will continue to fight for independent soccer.”

Savarese is the head coach of the Portland Timbers (Major League Soccer) and Sassano is technical director of FC Cincinnati (United Soccer League), which will join MLS next season. Rocco is Rocco B. Commisso is the Cosmos owner and chairman.

Stover said that he will continue to work with the Cosmos as a consultant.

“Erik was a fixture within the New Cosmos front office both before and after I purchased the club,” Commisso said in a statement. “During his tenure, the New York Cosmos brought home three professional titles and played in several of the most significant international friendly matches in American soccer history.

“I know he would have led our club to even greater heights had the U.S. Soccer Federation not unnecessarily stripped the NASL of its professional sanctioning following the 2017 season. We thank Erik for his immeasurable contributions to the Cosmos organization and wish him and his family all the best in the future.”

Stover will work with former Austrian international defender Christian Fuchs, who is a left back for Leicester City in the English Premier League.

“We’re trying to build a business that includes camps, clinics and youth development,” Stover said. “The interesting thing about Christian he has been doing this for years at the very top of the global game. He already has an eye on what his future holds.

“From very practical experience of having taken his step-son to a camp in New York and feeling that it was overpriced and poorly managed, he saw an opportunity here to do things better; ultimately build a proper youth development system. So, he has been at it for a few years. We’re getting to a critical point where it’s becoming bigger and a real opportunity. He reached out to me a few weeks ago and we decided to help each other.”

In March, Fox Soccer Academy and Fuchs teamed up with Street Soccer USA to hold a free clinic in Brooklyn. The academy has hosted programs in Austria and London.

“What we’re working on now is a new program,” Stover said. “He’s been doing the camps and clinics for a while.”

Stover said that program would bring “the supplemental training model to New York where kids that are interested in extra training wouldn’t be leaving their club or school. It’s just extra training programs for the more advanced players to get top-tier instruction.”

Stover said he expects to be involved with another project in the near future.

As managing director of the Red Bulls for 3 1/2 years, Stover oversaw the construction of Red Bull Arena in Harrison, N.J. He also helped recruited French soccer legend Thierry Henry to join the MLS club in July 2010.

He took over the Cosmos reins in November 2012 as the team participated in its first competitive season during the 2013 NASL fall campaign. Despite being a new team, the Cosmos captured the Soccer Bowl crown, also winning in 2015 and 2016. New York, which never missed the playoffs in its second NASL tenure, lost to the San Francisco Deltas in the 2017 final.

Stover remained with the club this past season in the same capacity as the Cosmos B competed in the National Premier Soccer League. The team was eliminated in the regional final, losing to eventual league runner-up FC Motown, 3-2. 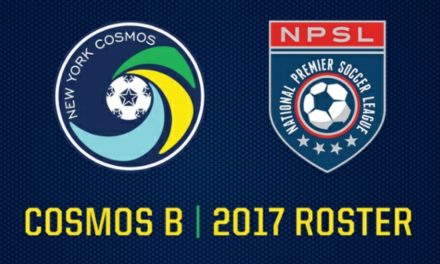 A DANDY DOZEN: Cosmos B sign 12 players for NPSL season 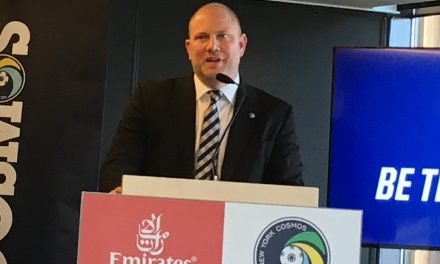