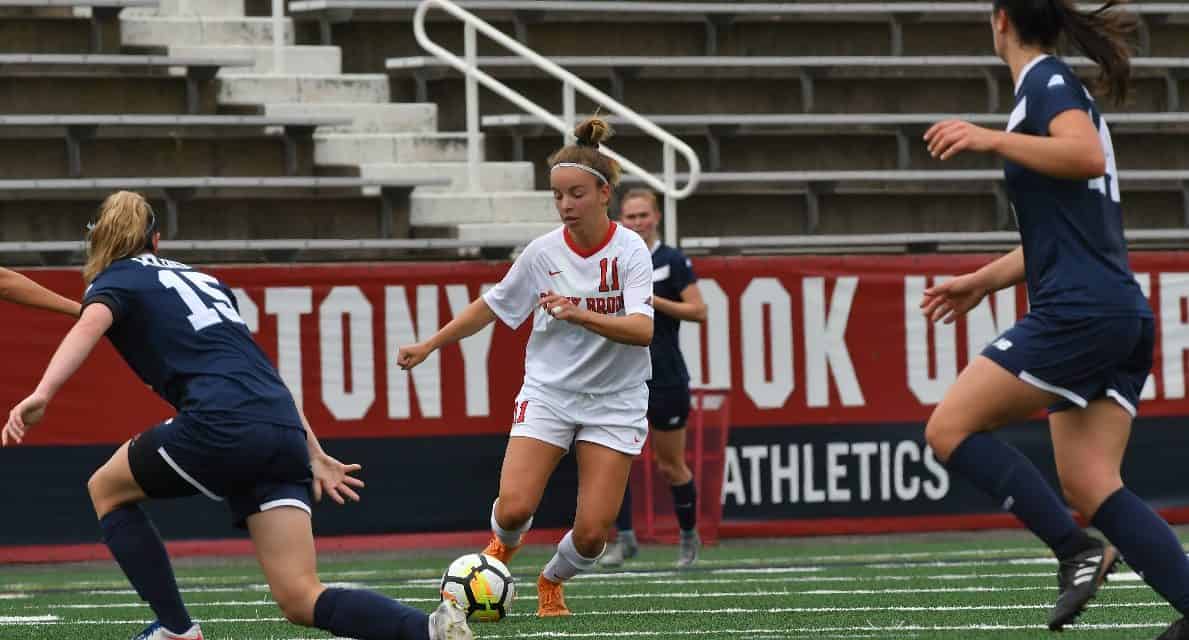 STONY BROOK, N.Y. — The Stony Brook University women struck for three goals within a six-span en route to a 3-2 win over the University of Maine in their America East Conference opener at Lavalle Stadium Sunday afternoon.

“I’m really happy for our group that we were able to get three points today,” head coach Brendan Faherty said. “The last two years, we’ve actually lost our first game of the conference season, so to start off with a win and score three goals was good. I thought we had some great attacking play in the final 60 minutes, so I’m really happy for our group as we kickoff America East play.”

The Seawolves nearly leveled in the 27th minute when sophomore Fanny Gotesson (Varnamo, Sweden) had a 1 v 1 with the goalkeeper Annalena Kriebisch, who dove into her shot.

Freshman Tatum Kauka (Wahiawa, Hawaii) buried the equalizer in the 45th minute after classmate Mari Brenden (Oslo, Norway) sent a strong shot off the right post. It ricocheted back middle to Kauka, who had an open look at the net with Kriebisch, Annalena still recovering from the first attempt.

Stony Brook carried the momentum into the second half, taking its first lead of the day in the 49th minute. Sophomore Alyssa Francese (Yorktown Heights, N.Y.) put away her fourth penalty kick of the season after being tripped up in the box.

Senior Julie Johnstonbaugh (Neshanic Station, N.J.) extended the lead in the 50th minute, stealing the ball 40-yards out and taking it straight to the goal to make it a 3-1 game.

The Black Bears cut the lead to a goal in the 88th minute as Emma Donovan playing it back from the endline and going opposite corner with it.

The Seawolves continue league play with a trip to Albany in the midweek, before returning home to host Vermont Sunday, Sept. 30 at noon.