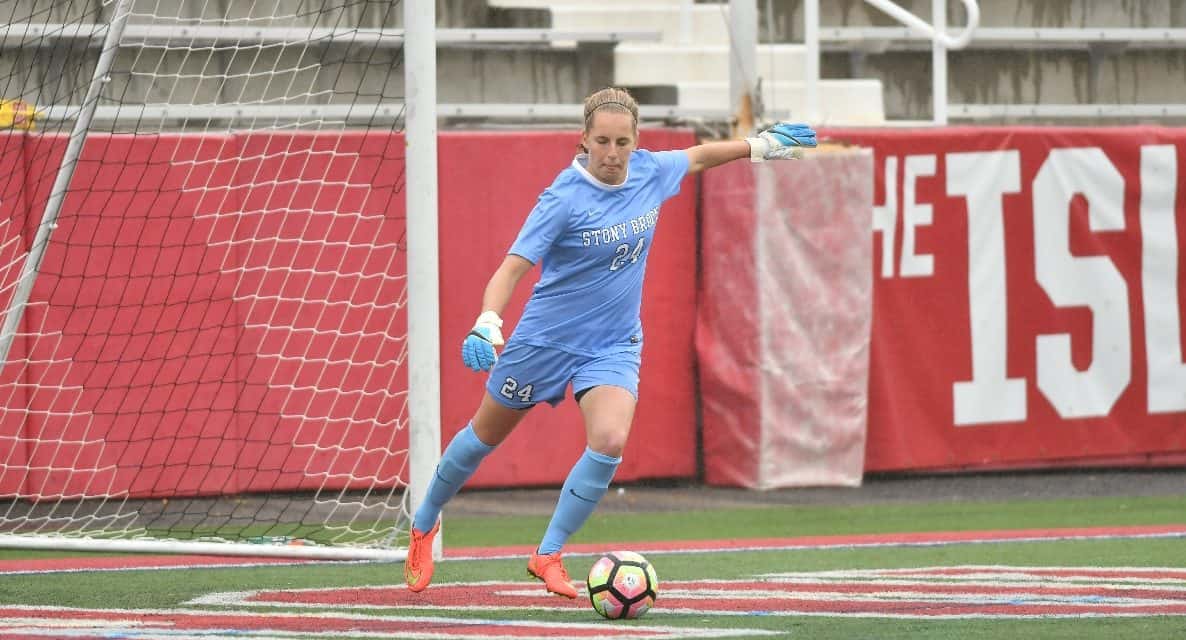 “We were really excited to be at home today, and the team was excited after four weeks on the road. I’m really happy with the way our team played for 90 minutes. It’s always great to score four goals, especially when it’s from some different players, and also to get a shutout at home,” head coach Brendan Faherty said. “I think we responded well after our last game and we had a really good week of practice. I thought that Friday, after the rain-out Thursday, we had a great day of practice here and our group was ready to go for the first whistle today.”

Sophomore Chelsie DePonte (Honolulu, Hawaii) got the Seawolves going in the 23rd minute, burying a pass sent through the defense by classmate Fanny Gotesson (Varnamo, Sweden) into the opposite side of the net.

Despite Stony Brook outshooting the Seahawks 14-0 in the first half, the score remained 1-0 at the interval.

DePonte got ahold of a rebounded ball in the 58th minute and ricocheted a pass in front of the goal line off a Wagner defender and into the goal to put the Seawolves up 2-0.

Freshman Tatum Kauka (Wahiawa, Hawaii) used a spin move just inside the 18 to get around her defender and make it a 3-0 game in the 71st minute after receiving a pass from senior Kaitlin Loughren (Huntington, N.Y.).

In the 83rd minute, freshman Mari Brenden (Oslo, Norway) sent a corner kick to the far post that found junior Skyler Mackey (Washington, D.C.), who redirected the service, chesting it past the keeper to extend the lead.

The four goals were the most Stony Brook has scored this season.

The Seawolves visit Iona College Wednesday at 3 p.m., before facing Hofstra University at 1 p.m. next Sunday. 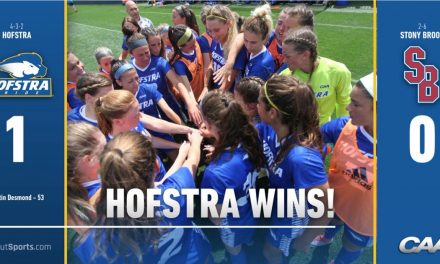