AN OSCAR-WINNING PERFORMANCE: Ramsay leads Hofstra men to 1st win of the season 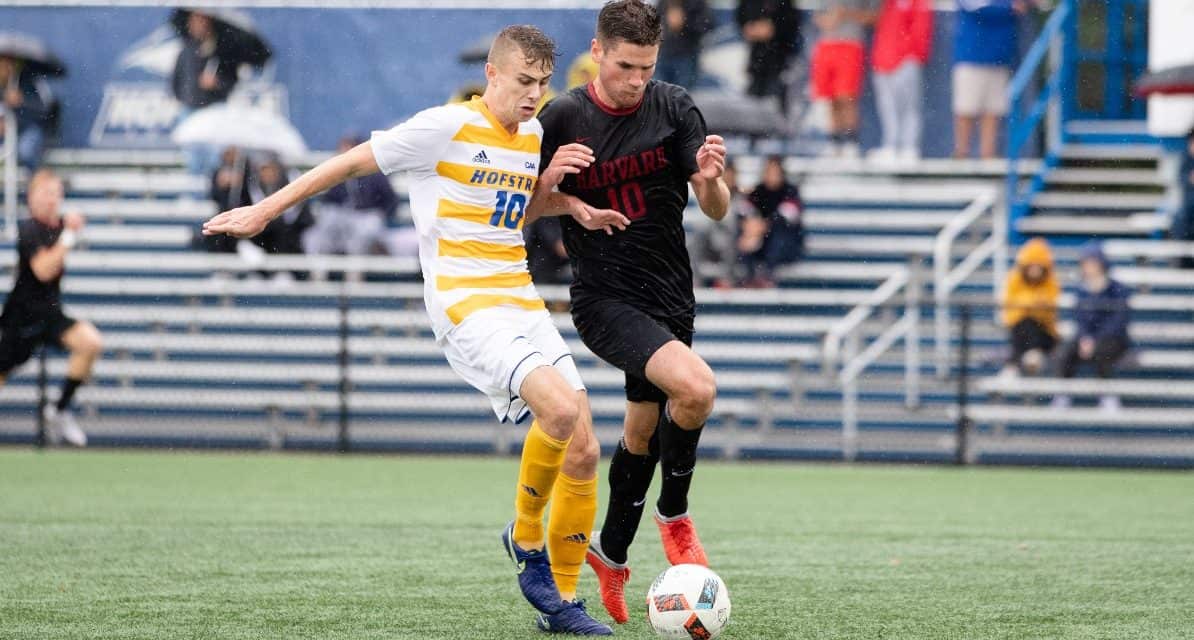 HEMPSTEAD, N.Y. – Oscar Ramsay recorded a goal and an assist as the Hofstra University men recorded their first win of the season in a 3-0 victory over Harvard University in the home opener at Hofstra Soccer Stadium Sunday.

Ramsay put the Pride on the board at 10:05 as he corralled a loose ball just outside the box and blasted a shot through goalkeeper David Paquette’s hands. Hofstra grabbed a 2-0 lead at 18:36 when Luca Tausch intercepted a deflected ball and beat Paquette. Marcus Lindqvist and Storm Strongin earned assists on the play.

The Pride did not let up coming out of intermission as Ramsay’s pass found the head of Matthew Vowinkel at 51:58 as the Pride sophomore flicked it past Paquette for the final goal.

Alex Ashton played all 90 minutes and did not make a save.

Hofstra is back in action at Stony Brook University Wednesday at 7 p.m. 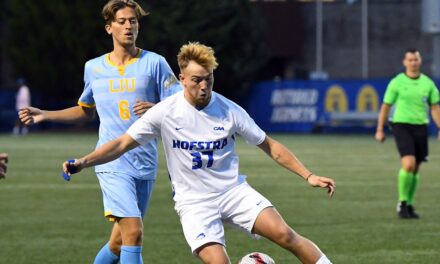