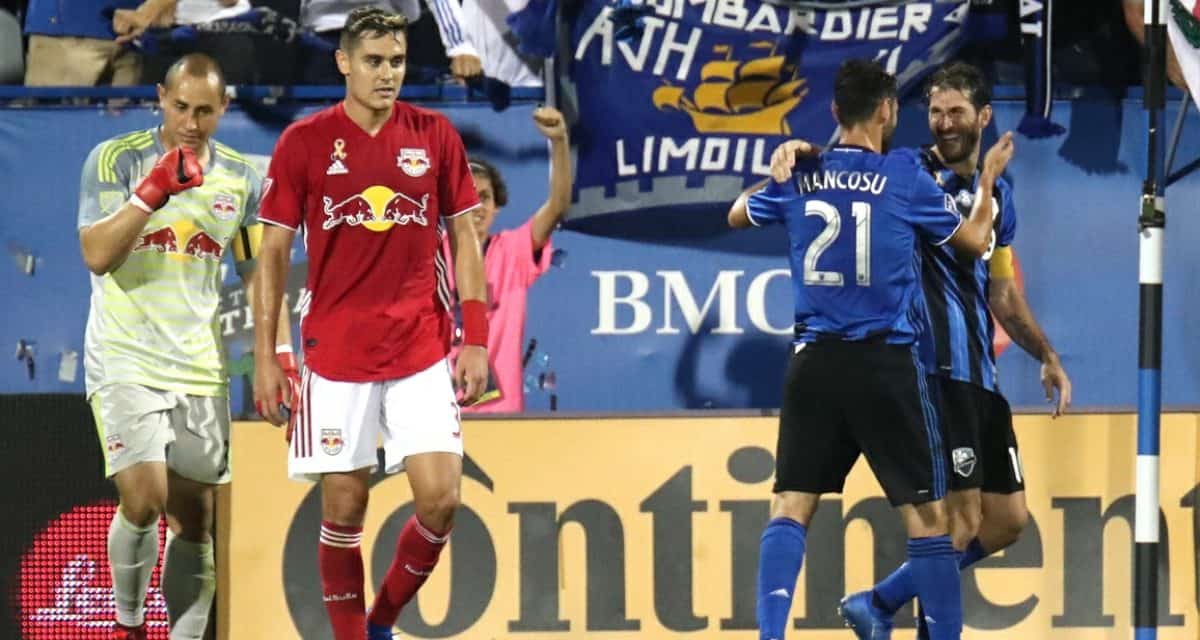 MONTREAL — Just how long ago did the Red Bulls last win in this Canadian city?

Well, Jesse Marsch was the head coach in the expansion team’s maiden season in 2012.

Since then Marsch has moved to the Red Bulls, guiding them for 3 1/2 seasons before joining RB Leipzig in Germany.

The Red Bulls? They still can’t beat the Montreal Impact, suffering a stinging 3-0 defeat at Stade Saputo in argubly their worst performance of the season Saturday night.

The loss snapped the Red Bulls’ six-game unbeaten streak but they still clinched a playoff berth after New England tied Portland. Still, the Eastern Conference leaders (17-7-4) failed to extend their lead over second-place Atlanta United (16-4-6, 54). Atlanta can retake the lead with a victory over D.C. United Sunday night.

The sixth-place Impact, fighting for its playoff lives, improved to 11-14-3 and 36 points.

After deploying essentially B team lineup in in their 1-0 home win over the Houston Dynamo Wednesday night, head coach Chris Armas brought back several regulars into the Starting XI, including Bradley Wright-Phillips, Daniel Royer and Kaku.

Defensive midfielder Tyler Adams, who is expected to be called up by the U.S. national team for its friendlies against Brazil and Mexico, was left home. He wasn’t injured, Armas and the staff wanted to give him a rest after he played 180 minutes plus the last two games this past week.

Adams’ absence didn’t help the team much early on as the Red Bulls struggled.

In fact, the Red Bulls dug a big hole for themselves in the first half as the Impact struck within an eight-minute span.

First, Rod Fanni headed home a Saphir Taider corner kick on the right side of the box that bounced off the back post past goalkeeper Luis Robles in the 30th minute.

In the 38th minute, Bacary Sagna converted a free kick for a 2-0 advantage. Daniel Lovitz started the sequence with a free kick from the right side to the far left post. Jukka Raitala then headed the ball across the goal mouth to Sagna, who headed it in from point-blank range on the right side for his first MLS goal.

It could have been worse. Ignacio Piatti zipped the ball into the back of the net in the 75th minute, but after a Video Assistant Referee review, the goal was called back because Piatti was offside.

Piatti finally got his goal three minutes into stoppage time to put an exclamation point on a Montreal win and a distressing defeat for the Red Bulls.

As for the attack, it was generally slim and none. Wright-Phillips was an invisible man on the pitch. 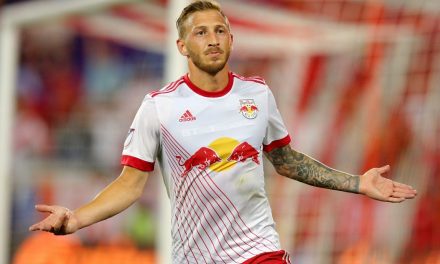 GOAL OF THE WEEK: Red Bulls’ Daniel Royer wins it