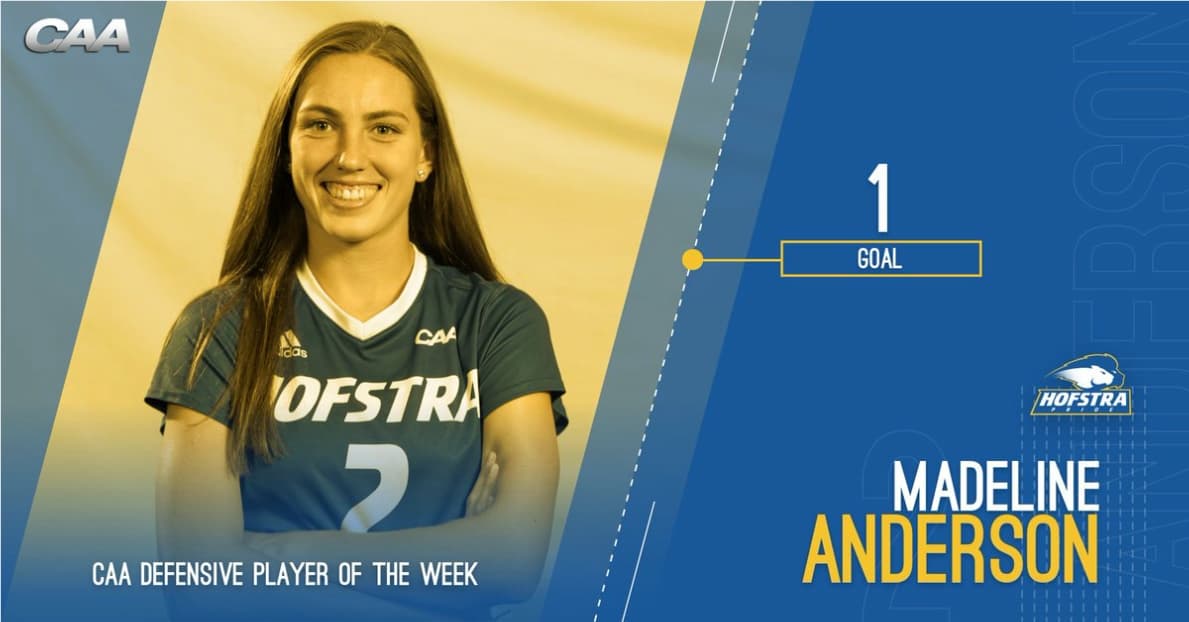 Anderson netted the game-winner goal for the Pride Thursday night against Boston University, heading in a corner kick with 20 seconds left in regulation to knot the score at one and force extratime. Hofstra went on to beat the Terriers, 2-1.

The CAA co-preseason player of the year also anchored a backline that allowed two shots on goal from BU, as well as three total shots over the second half and two extratime periods.

The Pride returns to action Thursday, heading to Fordham Univeristy for a 7 p.m. matchup.