QUEENS, N.Y. – Coming off a 2-0 loss to No. 25 Tennessee Thursday evening, the St. John’s University women will look to claim their first victory of the season when they welcome the University of Buffalo to Belson Stadium for the team’s home opener Monday at 7 p.m.

The game will mark the first meeting between the two programs since the 1992 season when St. John’s secured a 2-1 victory over the Bulls.

The Johnnies recorded wins in their last six home openers under the guidance of head coach Ian Stone.

St. John’s enters the match after falling in its season opener to Tennessee, who recorded a 2-0 victory in Knoxville.

Contributing to the Johnnies solid defensive effort was freshman Katherine Turner, who logged her first collegiate start in the match, alongside returners Mecara Bruce and Alexa Dolgos.

After being outshot 7-2 in the opening half, St. John’s fired off five second-half chances, including two shots on goal from Zsani Kajan and Emily Purtell.

Monday’s match will be Buffalo’s season opener. The Bulls are coming off their fourth consecutive trip to the Mid-American Conference Tournament, finishing with a 7-9-3 record and going 5-4-2 in the MAC. Buffalo saw its season come to an end in the MAC quarterfinals in a 3-1 loss to Bowling Green.

Monday’s contest will be featured on RedStormSports.com with Ralph Bednarczyk and Glenn Crooks on the call. 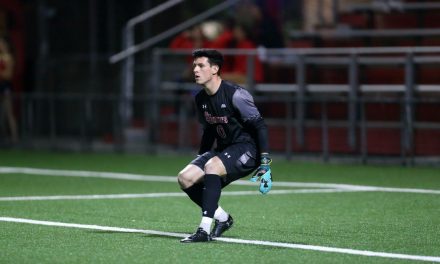