Portland Thorns FC goalkeeper Adrianna Franch was voted the National Women’s Soccer League player of the week by the NWSL Media Association, it was announced Tuesday.

Franch, 27, recorded her second clean sheet of the season to help the Thorns FC earn a crucial three points on the road in a 2-0 victory over Orlando Pride at Orlando City Stadium in Orlando, Fla. Saturday. With four games remaining this season, Portland is third in the league with 32 points (9-6-5 record).

The Salina, Kansas native made several key stops including one that came in the 19th minute making a diving save to deny a dangerous free kick attempt by Orlando Pride forward Marta. Franch came up big again in the 63rd minute, reacting quickly to make close range save off a cross from Marta that was redirected by Orlando midfielder Emily van Egmond off her shoulder. (Watch highlights)

In the 89th minute, the U.S. International made a leaping save to tip the ball over the crossbar with her right hand, foiling one last attempt by Marta.

The Oklahoma State product played all 90 minutes and finished with finished with six saves on 13 shots (six on goal), according to Opta.

It is the second time Franch has been honored as the NWSL player of the week, with her previous accolade in Week 14 of this season. It is the 15th time a member of the Thorns FC has won the award.

Portland will return to action Saturday, Aug. 18 at 10:30 p.m. ET in the NWSL Game of the Week on ESPNEWS against Chicago Red Stars at Providence Park in Portland, Ore.

The NWSL player of the week is selected each week of the regular season by the NWSL Media Association, a collection of writers that cover the league on a consistent basis

THE FULL LIST: 50 women were drafted by NWSL clubs 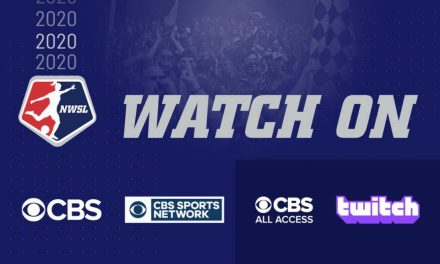 MULTI-YEAR LANDMARK DEAL: NWSL to be show on CBS platforms, Twitch for next 3 years

FURTHER PROGRESS: Made in NWSLPA demands on the league