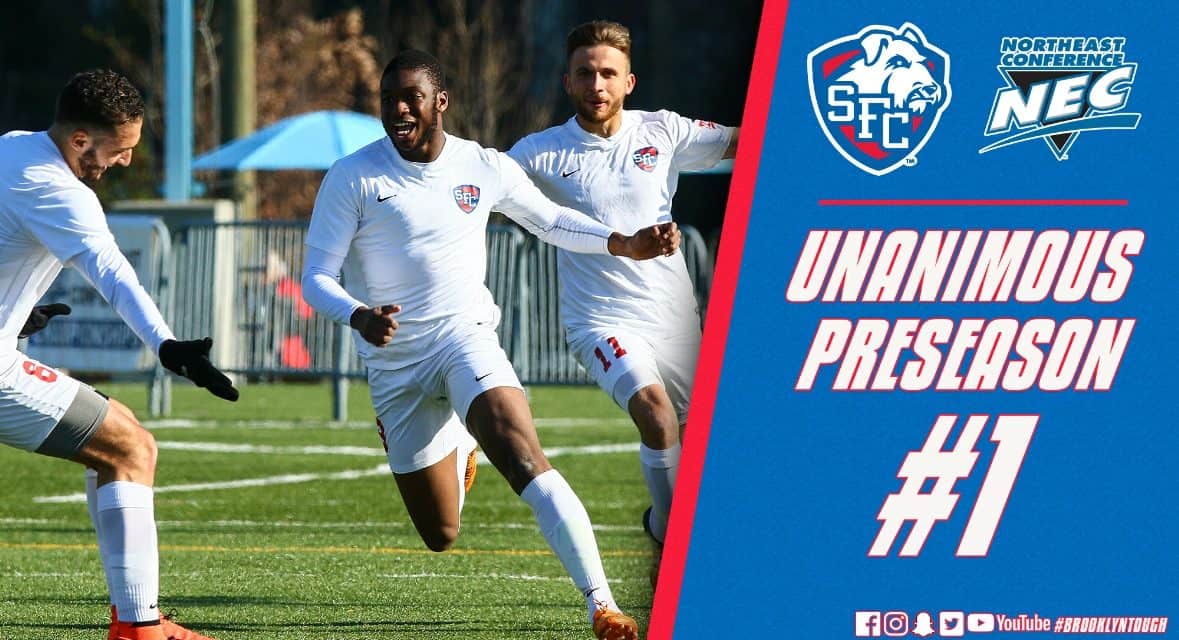 If the St. Francis Brooklyn men’s team lives up to its preseason hype, it could be another memorable season for the squads.

The Terriers were selected as the unanimous favorite in the Northeast Conference preseason poll for the second consecutive year, the league announced Tuesday.

“It’s great to be recognized by the rest of the coaches in the conference. A lot of credit goes to the guys in the past and being voted No. 1 in the preseason is all about what you did in the past,” head coach Tom Giovatto said. “We have a lot of work to do to get into the playoffs. Our first goal is to make it to the NEC Tournament and then we go from there. We have a lot of work to do before we even think about getting to the postseason.”

In 2017, St. Francis Brooklyn (14-5-1, 6-0-1) made its second successive trip to the NCAA Division I Tournament. The Terriers have recorded double-digit win totals five years in a row and have tallied double figures in wins eight times during Giovatto’s tenure. They are 12-0-1 in conference playing dating back to the start of the 2016 season. Their last loss in conference play came on November 8, 2015.

In 2017, St. Francis Brooklyn ranked first in the NEC in assists (32), goals against average (0.92), and shutouts (8). 2017 NEC Tournament MVP Ali Tounkara and team captain Marco Torriani look to pace the Terriers as they return to the pitch this season.

Tounkara led the team in goals (8), points (18), and game-winning goals (4). The forward ranked amongst the top-25 in the nation in game-winning goals and finished fourth in the NEC in both goals and points. Tounkara tied an NEC Tournament record with four goals over the course of two games. He was also named to NEC All-Rookie Team for his efforts last season.

“At the end of the year, Ali was outstanding for us, scoring some big goals in the semifinals and championship. He’s a key player for us; we need to make sure he starts this year the way he finished last,” Giovatto said.

Torriani returns to the team as a captain and one of its leaders on and off the pitch. The Italy native anchored a Terriers defense that allowed 0.95 goals per game, the lowest in the conference last season.

“We think Marco is one of our best defenders,” Giovatto said. “He was a key contributor to our strong defense last season, and we hope that he’ll get some recognition this year regarding accolades. He’s an excellent player, very smart, and a great leader, so we expect a lot out of him.”

The two-time defending NEC champions open up their season on the road against Lafayette in Easton, Pa. Friday, Aug. 24, at 7 p.m. The Terriers host Cornell in their home opener at Brooklyn Bridge Park-Pier 5 Sunday, Sept. 2 at 4 p.m.

Following St. Francis Brooklyn in the poll was LIU Brooklyn in second place, Fairleigh Dickinson in third, Saint Francis (PA) in fourth, and Central Connecticut in fifth. Robert Morris was voted in sixth, Bryant placed seventh, Mount St. Mary’s came in eighth, and Sacred Heart rounded out the poll in the final spot. 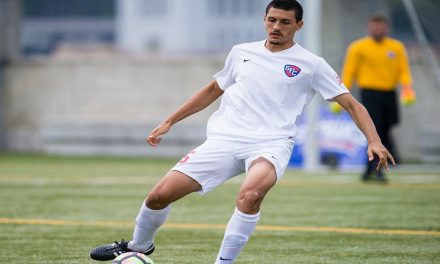