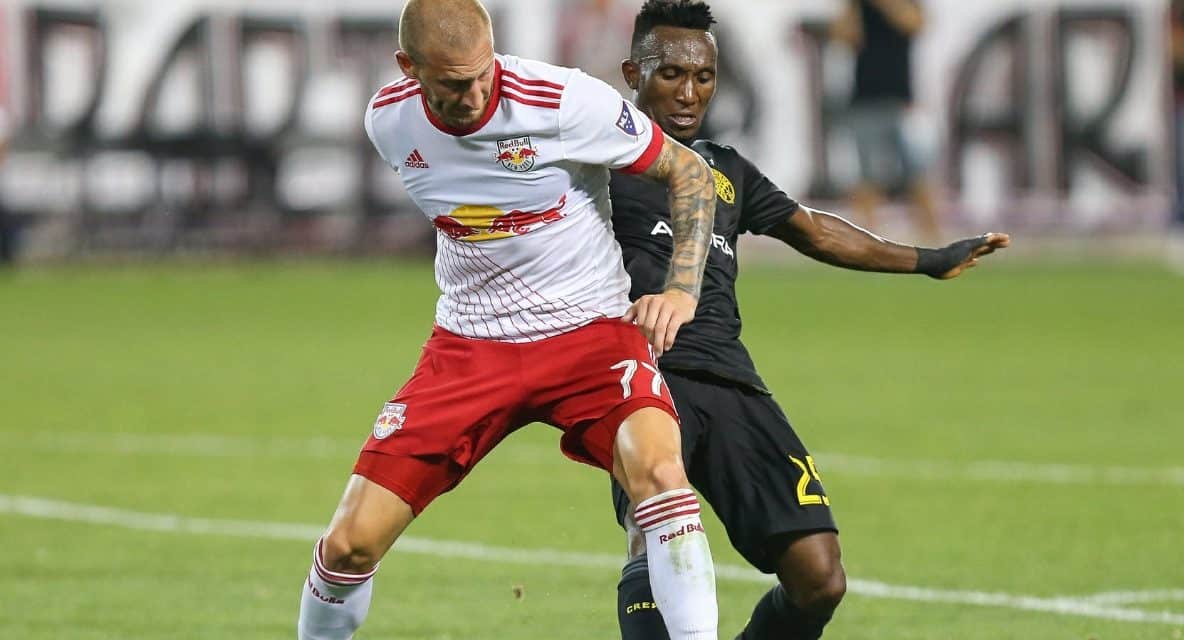 HARRISON, N.J. — Dan Royer struck on either side of halftime — including the game-winner in the 80th minute — to power the Red Bulls to a 2-1 victory over the Los Angeles Football Club at Red Bull Arena Sunday night.

“It definitely was a tough game today,” Royer said. “They are really good, I have to admit.

“Everything we put into the game today was the team spirit and mentality. I think we wanted it a little more.”

“It could have went the other way but our guys hung in there and they pushed,” he said. “I think we saw belief that if we can keep putting out fires on one end; that both teams are tired and we created a few chances. How important is that win, that win at home, we just came off a tough loss at home where, in the second half, the guys showed a lot of fight and courage.”

Former MetroStars head coach Bob Bradley, who returned to RBA as an opposing coach for the first time since he was fired in 2005, felt it was a difficult match.

“Hard-fought game. Difficult conditions,” he said.  “I thought we did a good job to get back to 1-1 and really lost the game — we have a real chance now from our end, but we still make some mistakes. Bradley Wright-Phillips started running between Jordan [Harvey] and Laurent [Ciman], and we don’t do a good enough job and I hate to see [that].”

Royer, who experienced several frustrating moments at the beginning of the season not scoring goals, wound up getting one on a silver platter in the 39th minute.

Kaku sent a pass to Michael Amir Murillo on the right side and the Panamanian right back snapped a shot that goalkeeper Tyler Miller blocked, but left a rebound. With Royer laying on the ground some five yards out, the midfielder slipped the ball into the back of the net for his seventh of the season.

Beautiful build-up, capped off by a RIDICULOUS goal!! 👏

Diego Rossi equalized in the 53rd minute as Carlos Vela fed him with a pin-point pass and the Uruguayan forward turned and slotted the ball from just about the penalty spot past keeper Luis Robles for a 1-1 deadlock.

Royer settled things in the 80th minute as Bradley Wright-Phillips set up his teammate. Running onto a long ball from Marc Rzatkowski, BWP raced into the penalty area and slotted the ball to Royer, who slipped it home on the left side for a 2-1 advantage.

Teamwork makes the dream work 😍…resulting in Royer with the BRACE!

In what looked like an instant replay of the Red Bulls’ 1-0 win over D.C. United 11 days ago, in which Wright-Phillips tallied his 100th MLS goal in the second minute, the New York striker almost struck 21 seconds into the match, but he fired his attempt wide left. 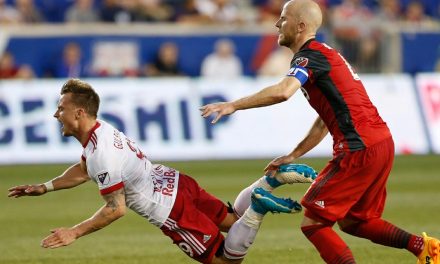