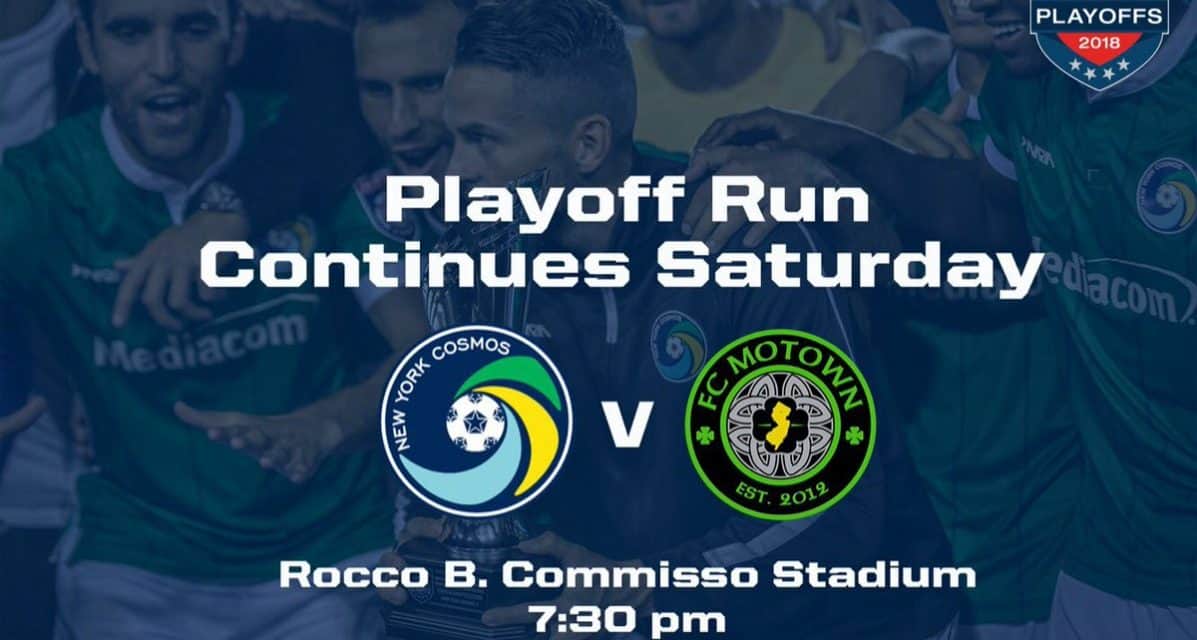 The best has risen to the top.

Quite appropriately, the two finest sides on the east coast will battle for a spot in the National Premier Soccer League final four Saturday night.

Cosmos B and FC Motown will meet in the Northeast Region final at Rocco B. Commisso Stadium in Manhattan at 7:30 p.m.

“I’ve seen the NPSL teams that have been around for two or three years and I know what to expect,” FC Motown head coach Sacir Hot said. “When I see the quality of our team and the quality of the Cosmos, it’s only right that both of us are in the final. It’s kind of deserving.”

No argument here about that when you take a look at how well these two teams have fared this season.

Cosmos B, No. 2 in the NPSL power rankings, is the high team still alive and kicking in the post season. It brings in a 12-0-1 record while outscoring its opposition, 47-11.

FC Motown, third in the rankings, isn’t too far behind, with an 11-1-1 while enjoying a 48-7scoring advantage over its foes.

Both teams are confident.

“Motown is like every other team,” said Cosmos B forward Zaire Bartley, who has enjoyed a breakout postseason with four goals in three playoff games. “We’re just going to work together to win.”

“FC Motown – from the players to the owners and the staff – they all are looking for titles,” he said. “We’re always excited to compete in knockout competitions, it’s where we play our best soccer. The New York Cosmos are the best team in NPSL, so we’re excited to have a chance to knock them out.”

Players know each other. Cosmos B captain Danny Szetela and defender Jonathan Borrajo hail from Clifton, N.J. Earlier this year, FC Motown announced that Szetela had signed with the team. He had been talking with the club, but that turned out to be a premature announcement. Former Cosmos Hunter Freeman joined FC Motown earlier this year, but hasn’t played.

On paper, it has the making of being one of the best NPSL matches of the season if not in years.

“We expect a good game,” Cosmos B midfielder Jalen Brown said. “It should be a challenge. It wasn’t going to be easy to win the national championship but that’s our goal. We expect nothing easy. We’re looking forward to it and I’m sure they are as well. It should be an exciting game.”

This will be the first match between these two teams from opposite sides of the Hudson River.

Both teams have plenty of talent on both sides of the ball.

Mendes called FC Motown “a different level team” with “very good players.” He played with James and Duka when he was a member of Columbus Crew SC.

“Dilly is a high-level player, can hurt you in a lot of ways,” Mendes said. “They some special players. They have guys with a lot of experience who have played at a lot of levels. We have to make sure that our attitude and mentality is right and be very organized and put together a game from start to finish if we’re going to beat a team like that.”

Hot expected nothing but the best from Cosmos B, which is coming off a 2-0 semifinal win over FC Frederick on Wednesday.

“They’ll probably be the most organized and most structured team,” he said. “They have soccer IQ all across the board. In the amateur game you can get by teams simply because some of the teams aren’t the brightest and you take advantage of that. I saw them play against TSF and I thought that Carlos Mendes has them playing a real good style of soccer. All across the board it will be a challenge. It will be up to our guys to stick to our game plan and try to neutralize all their strengths.”

While both are quality sides, the teams took different ways to prepare for the regional final.

“That’s our biggest disadvantage,” Hot said. “Cosmos, they train five times a week, whereas we really don’t train. We don’t train any more. Our last four games — we were Wednesday, Saturday, Wednesday. Guys are at work right now.”

Hot, whose team defeated FC Baltimore at home in Wednesday’s semifinal, 3-0, was talking Thursday while driving with his family for a day at Mountain Creek Water Park in Vernon, N.J. for a chance to recharge his batteries.

“Guys are at their desk right now. Guys are coaching right now in the sun,” he said. “It’s kind of taken its toll on some of our players. Thank God we have a bigger roster than normal teams where we can manage players’ minutes a little more. Last year that was ultimately the deciding factor in this game. So that’s our biggest disadvantage.”

The former Red Bull noted that FC Motown finished Wednesday’s game around 10 p.m. and that many players did not get home until midnight.

“They shower and get to bed,” he said. “They’re going to be bed at one and they’re getting up at six or seven to go to work and sit at a desk. So that’s kind of been the disadvantage to us. That’s the amateur game.”

Mendes added that he wasn’t going to change the team’s preparation for Saturday’s encounter.

“For us, it’s the same as always,” he said. “Let the guys recover, just make sure we’re mentally sharp a day before the match. I think the guys should be up for it and excited for Saturday. This should be a very difficult game but a great challenge.” 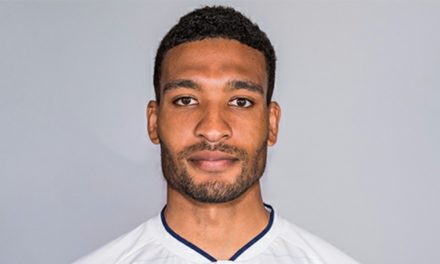