CHICAGO – With the official start of the new cycle commencing this fall, the U.S. men’s national team will face Brazil, England, Italy and Mexico as the squad embarks on a six-match “Kickoff Series.”

In November, the Americans head back to Europe where it will go head-to-head with England at Wembley Stadium in London Thursday, Nov. 15. The USMNT will close out its 2018 slate Tuesday, Nov. 20, when it meets Italy at a location still to be determined.

The U.S. will play two home matches in October, with details to be confirmed at a later date.

“We are at the beginning phase of building our identity,” said U.S. men’s national team general manager Earnie Stewart, who doesn’t officially take over the position until Aug. 1. “These games are obviously huge challenges, and for young players it’s an opportunity to see the benchmark of some of the top teams in the world. We can use these experiences to learn about ourselves and take the next steps towards developing into the team we want to become.”

Including June’s 1-1 draw at France, the USMNT will play at least five matches in 2018 against the top 20 teams in the world according to the latest FIFA rankings. The schedule will mark one of the teamings most difficult stretch of matches in a calendar year.

The six upcoming games will be played during the FIFA fixture dates in September, October and November. FS1, ESPN, UniMas and Univision Deportes Network will carry the blockbuster action live, with additional details of the Kickoff Series to be announced in the near future.

Tickets can be purchased through ussoccer.com and by phone at 1-800-745-3000. Tickets will be available for purchase at MetLife Stadium at a later date. Tickets for this event will be mobile only. 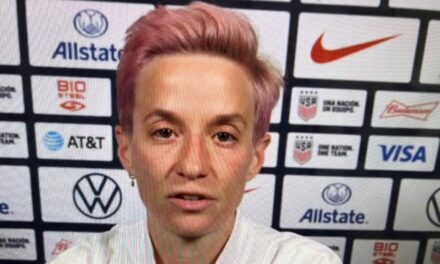