AN IMPERFECT 10: Sky Blue FC winless streak at 10 after 0-0 tie with Spirit 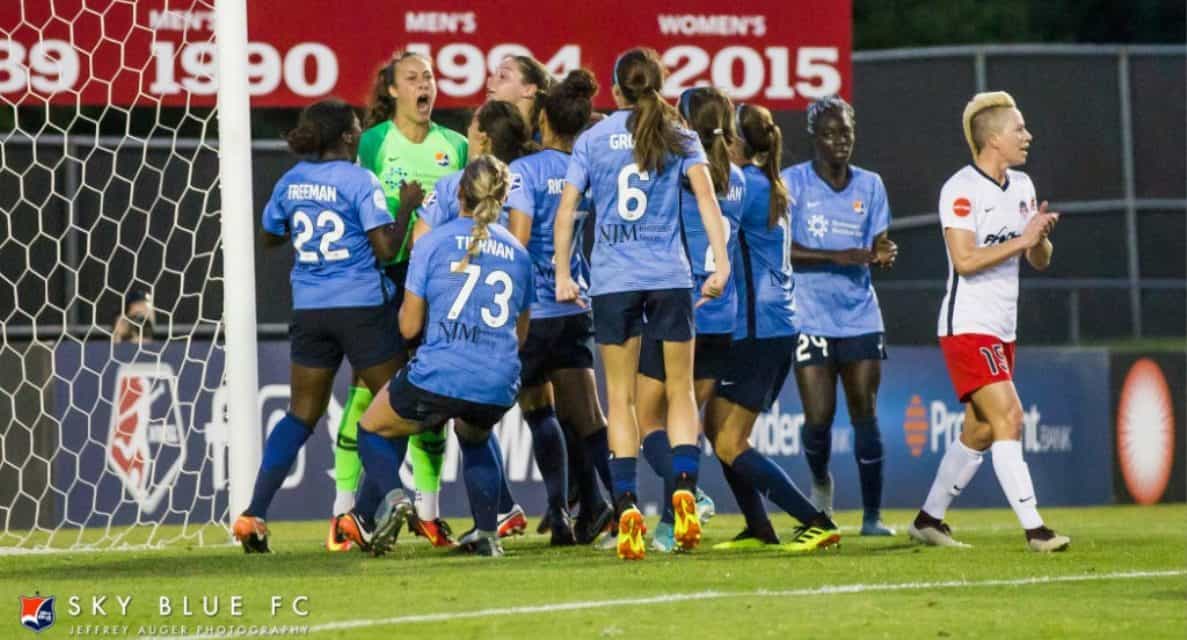 PISCATAWAY, N.J. — There are two ways to look at Sky Blue FC’s scoreless draw with the Washington Spirit Friday night.

If you’re an optimist, you will be happy that the New Jersey club earned a point during a nightmare start to the National Women’s Soccer League season.

If you’re a pessimist, you are worried that the team still hasn’t gotten into the win column after 10 games.

“Of course, it is a bit frustrating to not come away with the win,” Sky Blue FC head coach Denise Reddy said. “I am really proud of the way we played, and we did a great job of defending as a unit.”

The best chance for either side came in the 79th minute when the Spirit’s Andi Sullivan took a penalty kick as a result of Estefania Banini being taken down from behind in the box. However, Sullivan’s shot was denied by Sky Blue FC goalkeeper Kailen Sheridan, one of three shots she saved at Yurcak Field.

“Kailen made an incredible save on the penalty kick, and I feel like that will be our tipping point.,” Reddy said. “We got the shutout here tonight, and now we are poised to really get things going.”

Sky Blue FC played the match with six players away on international duty, which led to a few changes in the Starting XI. McKenzie Meehan and Imani Dorsey made their first starts of the season in the attack, and both of those players made significant contributions. Domi Richardson received her second starting nod of the season on the back line as Erica Skroski also returned after a two-game absence due to injury.

Spirit goalkeeper Aubrey Bledsoe returned to the lineup and came up big on the evening, saving all seven Sky Blue FC shots on target, including two attempts in the 88th and 89th minutes.

Both sides found opportunities on counter attacks. The Sky Blue FC attack was led by Shea Groom, who recorded six of the team’s 20 shots including two shots on target.

Washington recorded two shots on goal in the first half. Defender Whitney Church put a clean header on frame in the 18th minute, but it was placed right at Sheridan. On the defensive side, Church had a crucial block 10 minutes later on a shot inside the box from McKenzie Meehan.

Banini led the Spirit with three total shots, including one on target in the 32nd minute where she was unable to beat Sheridan on her attempt to caress her shot around the keeper.

Washington’s best second-half opportunity from the open field came in the 60th minute on a through ball from Sullivan that found Tori Huster in behind the defense. Huster’s shot from distance caught the defense off guard but rolled inches wide left of the post.

In stoppage time, Spirit captain Estelle Johnson recorded a sliding block on Groom, who was in all behind the Spirit defense before she could attempt an open shot on goal to help preserve the tie.

The Spirit made only one substitution with Joanna Lohman entering for Tiffany Weimer in the 57th minute. 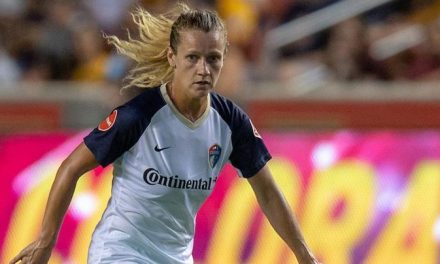 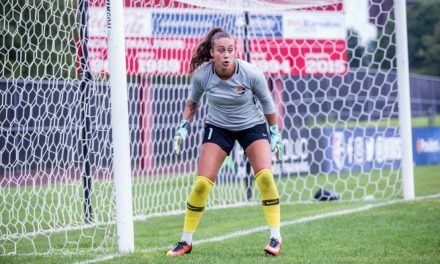