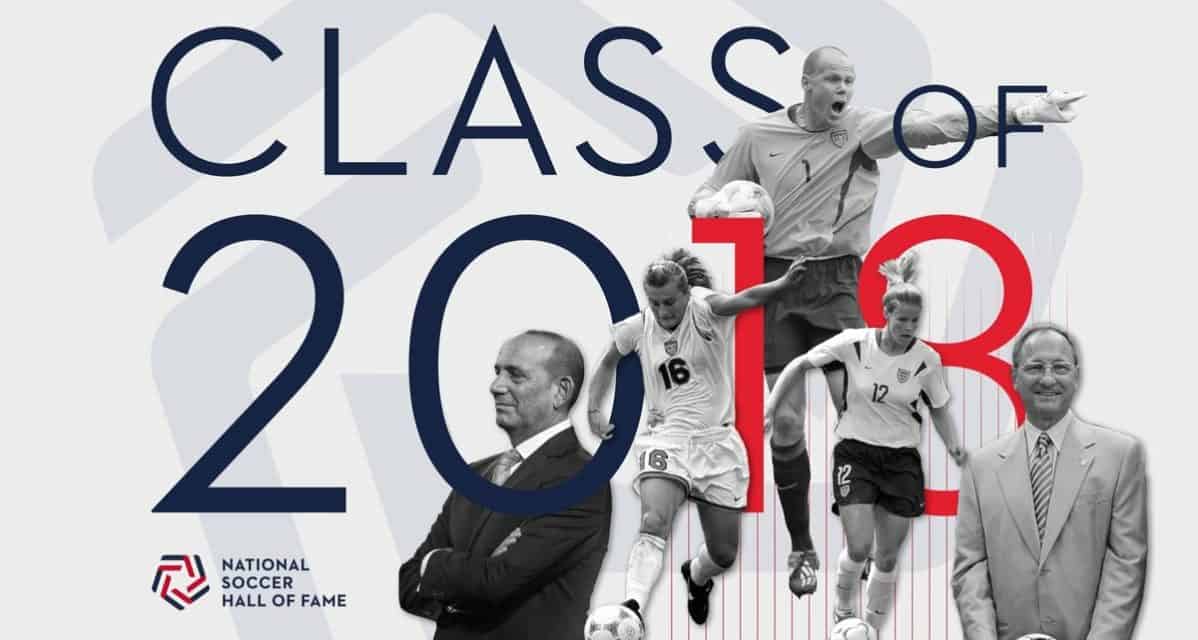 FRISCO, Texas – The National Soccer Hall of Fame introduced its 2018 class Thursday with a series of surprise announcements in five cities across the country.

New members of the 2018 class were informed of their election by current Hall of Famers who either played, worked with or currently work with the Inductees.

During a National Soccer Hall of Fame technology meeting in Manassas, Va., former U.S. Soccer secretary general Hank Steinbrecher (Class of ’05) informed Dr. Contiguglia of his honor. To close out the day, in Portland, Ore., Brandi Chastain (Class of ’16) surprised former USWNT teammate Milbrett during a gathering with friends and family.

The day kicked off in Manhattan with MLS senior vice president of competition and player relations Jeff Agoos (Class of ’09) surprising Garber during a MLS staff meeting with a commemorative scarf and coin that each of the recipients received.

The Class of 2018 will be enshrined during a induction ceremony held Oct. 20 at the brand-new National Soccer Hall of Fame located at Toyota Stadium in Frisco.

Midfielder – U.S. Women’s National Team (1995-2006), University of North Carolina – Chapel Hill (1995-98), Atlanta Beat (2001-03)
Head Coach – Portland Thorns FC (2012-13)
Currently – North Carolina FC’s Durham-Chapel Hill Girls Director
Cone has a decorated history with the U.S. Women’s National Team. She retired as the squad’s 5th all-time leading scorer during an era in which she helped the U.S. women win the World Cup in 1999 and third place in 2003. Her 158 caps and 75 goals also earned her two Olympic gold medals and a silver medal and, to this day, she remains the youngest soccer player (male or female) to win an Olympic gold medal and a World Cup. Prior to her international career, Cone was a two-time NCAA Player of the Year and two-time NCAA National Champion at the University of North Carolina-Chapel Hill. Cone continued her Tar Heel career as an assistant coach where she helped guide the team to four NCAA Division I championships. She then went on to win the inaugural NWSL Championship (2013) as the head coach of the Portland Thorns. She also served on the coaching staff for the U.S. U-14 & U-15 Girls’ National Teams (2010-2013).

Friedel had a decorated club career that spanned more than 20 professional seasons, including 17 in the English Premier League and 13 years with the U.S. men’s national team. Between 1997 and 2015, Friedel made 450 league appearances in England’s top flight with four clubs: Liverpool (1997-2000), Blackburn Rovers (2001-08), Aston Villa (2008-11), and Tottenham Hotspur (2011-15). As a U.S. international, Friedel collected 82 international caps and was a member of three United States World Cup squads in 1994, 1998 and 2002. The Lakewood, OH native represented the United States at two Olympic Games in 1992 and 2000. Friedel played collegiately at UCLA where he earned the Hermann Trophy in 1992 which is awarded to college soccer’s best player. Friedel was elected into the Hall of Fame in his first year of eligibility.

Garber was named Commissioner of Major League Soccer in 1999 after 16 years at the National Football League where he served in a variety of senior leadership positions. During his tenure, MLS has expanded from 10 to 26 clubs, added 22 new owners and secured long-term broadcast agreements with ESPN, FOX and Univision along with major broadcasters in Canada, Europe, Asia and South America. Garber has also led efforts to develop 19 soccer stadiums in the United States and Canada, and five more soccer venues will open in the next few years. In addition, Garber serves as CEO of Soccer United Marketing, the commercial arm of MLS and multiple soccer properties, including U.S. Soccer. In 2011, the Los Angeles Times named Garber one of the nation’s top sports commissioners. He has been named among the top 50 most influential people in sports business by the Sports BusinessJournal every year since 2005. The Queens, N.Y. native was elected into the Hall of Fame in 2016 but opted to defer his enshrinement until 2018.

While playing for the U.S. national team, Tiffeny Milbrett earned a gold medal at the 1996 Olympic Games, a silver medal in the 2000 Olympic Games and was a member of the squad that won the 1999 Women’s World Cup. She earned 206 caps, scored 100 goals and played in three World Cups. When not playing for her country Milbrett played professionally for clubs in Japan, USA, Sweden and Canada from 1995-2010. The Portland, OR native and Denver, Colo. resident is the University of Portland’s second-leading goal scorer (103) and is fourth all-time in assists (40). 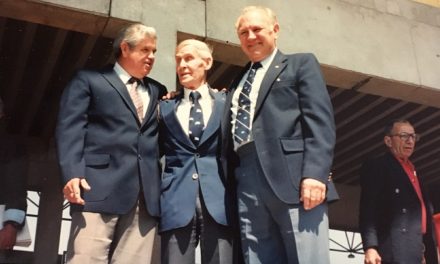