The New York City FC head coach says he is not negotiating to take on similar responsibilities with Nice in his native France.

L’Equipe reported Tuesday that the World Cup winner and his agent were in talks with the French Ligue 1 side.

Not so, Vieira said.

“It makes me smile, because of course there’s no contract being signed or anything like that,” Vieira told MLSSoccer.com’s Dylan Butler Tuesday. “This is the wrong information. I’m here, like always. I’m really happy. I really enjoy my work, I really enjoy being part of this football club. I’m just focusing and concentrating about our next game.”

L’Equipe reported that Vieira and his agent flew to France to complete a two-year contract with to guide Nice to succeed Lucien Favre, who became manager of Borussia Dortmund (Germany).

As it turns out, Vieira admitted he was in France this past weekend — for a family matter.

“I think we are in a really good period,” Vieira told MLSSoccer.com. “We’re doing really well. I don’t want players, myself, my staff or anybody in this football club to be distracted by what’s going on. My head, my focus and my energy are here.”

Vieira, 41, also has been linked to Arsenal in the English Premier League, at which he starred years ago. 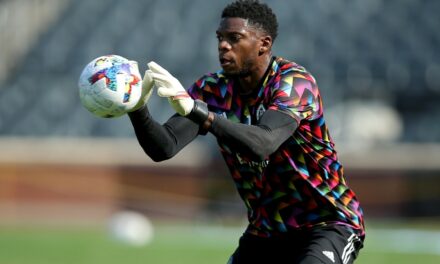