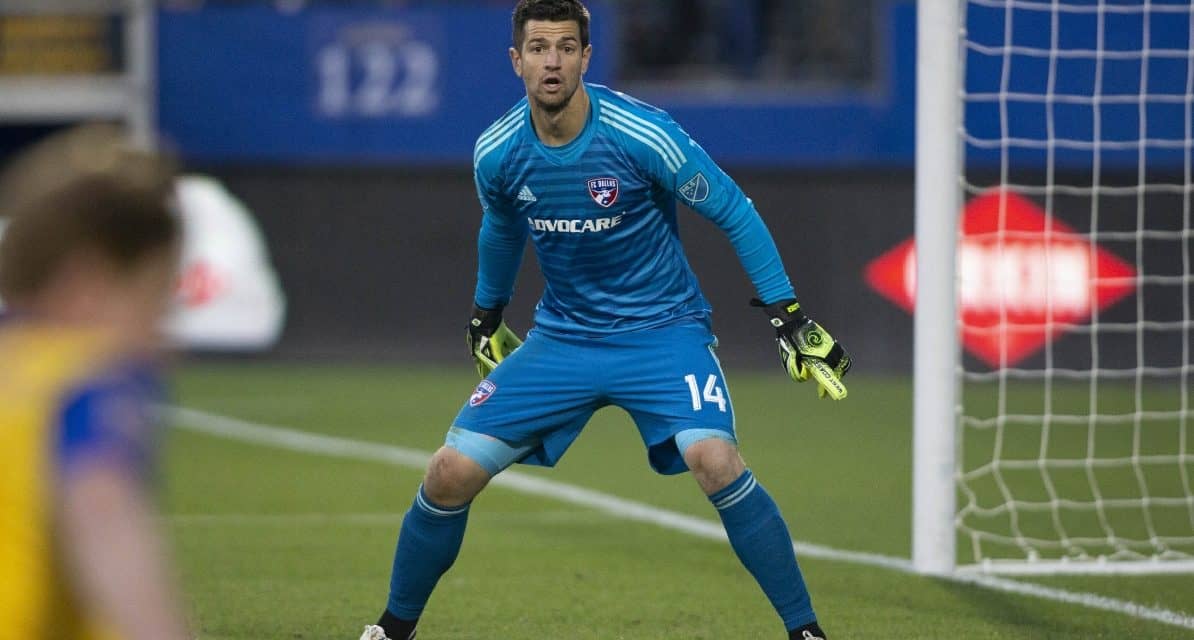 Jimmy Maurer: “I don’t think looking back to that is really going to help me too much. It’s more about focused on the big names they’ve put together this year.” (Tim Heitman/USA TODAY Sports)

What transpired is the past, says Jimmy Maurer, no matter how grand it might have been.

During his days with the Cosmos, the FC Dallas goalkeeper turned into a thorn in New York City FC’s side in not one, but two Lamar Hunt U.S. Open Cup confrontations.

In the 2015 edition, Maurer stoned City twice during the shootout after 2-2 draw and 120 minutes, making two saves to boost the Cosmos to a stunning win at Hofstra University.

A year later, the 29-year-old keeper kept a clean sheet against NYCFC in a 1-0 triumph at Fordham University, ousting the Major League Soccer side from the competition again.

And on Sunday at 6:30 p.m., Maurer gets another opportunity to make life miserable for the team at Yankee Stadium.

But that was then, and this is now.

“Their roster has changed a lot in the last couple of years. They have brought a lot of new guys in. I don’t think looking back to that is really going to help me too much. It’s more about focused on the big names they’ve put together this year, a lot of the video we’re doing. Just getting ready for the video on the weekend, taking it at face value.”

On Sunday, FC Dallas (3-0-3, 12 points), which is in third place in the Western Conference, the stadium the only remaining undefeated team in the league. City (5-1-2, 17), which leads the Eastern Conference, was unbeaten until it lost at the Portland Timbers Sunday, 3-0, falling to Maurer’s former coach on the Cosmos, Giovanni Savarese.

Maurer certainly didn’t expect an easy time at all.

“They have tons of dangerous players, quality at every position,” he said, adding that New York “has shown a lot of flexibility in their lineup as well. They’re deep, too. They missed a couple of their starters with knocks. They guys who have stepped in for them are extremely high-level players as well. A lot of quality in their team top to bottom. They have their own style of play where they’re very possession oriented. They present a lot of challenges. Obviously playing at home they’re going to be stronger. It’s going to be a tough test going into there.”

With the Cosmos’ 2018 season in jeopardy because of the North American Soccer League problems, Maurer had an opportunity to leave the team and sign with FC Dallas in December.

Any transition to a new team is always difficult, but Maurer has managed quite well. He not only secured the starting keeper job from Jesse Gonzalez, he has been backstopped a defense that has allowed only three goals. The Lawrenceville, Ga. native has a league-best 0.50 goals-against average and three shutouts.

Maurer’s success hasn’t shocked someone who had played in front of him for five seasons — former Cosmos captain and center back Carlos Mendes, who will make his coaching debut directing Cosmos B in a National Premier Soccer League match at Boston City FC at the same time FC Dallas will tussle with NYCFC.

“Jimmy’s just a great goalkeeper,” said Mendes, who along with Maurer, was a member of three NASL championship sides. “He’s got a great attitude and a great person. To see him day in and day out at training and his mentality, I knew he’d be successful in MLS. I’m not surprised. He brings a great attitude. Even at this age, he’s learning. He came up big for us when we needed him over so many years. I’ve been trying to watch him as much as I can. just so proud of him. Hopefully, he’ll keep going and stay healthy. He has been excellent. He has a bright future and I’m sure he’ll be playing many more years.”

Maurer liked the atmosphere that head coach Oscar Pareja has created within the club. No player is bigger than the team, regardless of name or reputation.

“The biggest key to our success has been the commitment of every single player on the roster,” he said. “We have an extremely great group of guys, very humble group of guys. Even as guys get dropped from the starting lineup and they’re on the bench, they’re still hungry and they come on as late subs.”

He cited last Saturday as an example. Maxi Urruti and Mauro Diaz started the match in the 2-0 home win over the Philadelphia Union on the bench but made a difference after coming on. Diaz converted a penalty kick and Urruti added an insurance tally.

“You have situations where you see guys who have been perennial starters for a team, they get dropped to the bench, they want to pout and hang their heads,” Maurer said. “There’s little incidents like that make a huge difference on the team throughout the year. So, it’s been really hats off to the group, top to bottom. It’s just been a great commitment to work, offensively, defensively. Whether things are going our way early or not, the group stays committed until the end of matches.”

Maurer left his mark in that game with a pair of bang-bang saves in a scoreless tie in the 58th minute. The 6-2, 185-lb. goalkeeper dove to his right to knock away David Accam’s right-wing cross. C.J. Sapong pounced on the rebound, but Maurer reached up across his body to make a spectacular save.

“I thought it was unbelievable,” Pareja told reporters. “Jimmy has done a great job, not only on those save but in providing the team with maturity there, communication and I have to recognize that when you win games and score goals, the highlights go to the forwards. Today, the highlight of the game was that save to keep us in it.”

Added Maurer: “Just instincts and reactions … just from training, because you’re not thinking.”

It was something that Maurer hoped to bring forward Sunday, but the keeper noted he was far from perfect last week.

“You try and build off a game and you try to take the positives to build confidence,” he said. “You are also critical of yourself in other moments where you think could have done better and improve. We watch video on the game. The double save was important for us. it was an important moment in the match where if we give up that goal, it becomes quite an uphill battle, even though we had been playing so well in the first half and in the second.

“At the same time, there were incidents in the game where I would like to be a little cleaner with my distribution, with some decision making, that could help us settle down a little more. There are always little incidents, little details we continue to work on and to continue to clean up. You take confidence from the positives and then you try to improve on the negatives.”

NO ROCKY TIME WITH ROCCO: Savarese on the impact of new Cosmos owner 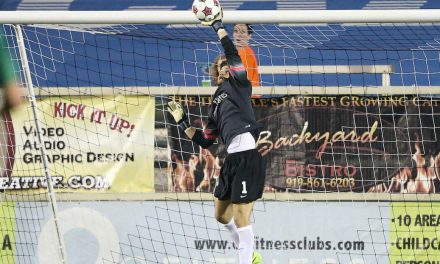 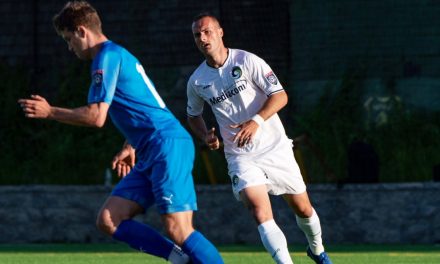