CHICAGO – The United States will face Japan, Paraguay and Spain in Group C at the Under-20 Women’s World Cup, as determined by a draw at the Rennes Opera House in Rennes, France, the capital of Brittany Thursday morning.

The tournament will take place Aug. 5-24 in four venues in the Brittany region.

The Americans will play their first two group games at Stade Guy-Piriou in Concarneau and its third group game at Stade du Clos Gastel in Dinan Léhon.

“It’s great that we now can really focus in on our opposition,” U-20 WNT head coach Jitka Klimkova said. “All three teams in our group present unique challenges and all 16 teams that qualified for the World Cup are quality. I’m excited about the opportunity to compete in a group that will test our players to find ways to win.”

The U.S. was drawn out of Pot 2, which also included Nigeria, Mexico and New Zealand. Teams were sorted into pots based on ranking determined by success in the last five U-20 Women’s World Cups and in the confederation championships. Host France, Germany, Korea DPR and Japan were in Pot 1.

The U-20 Women’s World Cup features 16 nations divided into four groups of four teams. The top two finishers in each group will advance to the quarterfinal stage to be held Thursday, Aug. 16 and Friday, Aug. 17. The winners of those games will advance to the tournament semifinals Monday, Aug. 20, at Stade de la Rabine in Vannes. The championship and third-place matches are also at Stade de la Rabine Aug. 24.

If the U.S. advances to the quarterfinals, it would face a team from Group D that features Haiti, China PR, Nigeria or Germany. Haiti upset Canada in the third-place game of CONCACAF qualifying tournament to earn its first World Cup berth.

This tournament will be the ninth Women’s World Cup for this age level (the first two competitions were held as U-19 tourneys). The Americans won U-20 World Cups in 2002 in Canada, 2008 in Chile and 2012 in Japan and have finished third twice. Led by current USWNT player Mallory Pugh, the U.S. finished fourth in Papua New Guinea in 2016.

The Americans earned their berth to the World Cup by winning its semifinal match of the CONCACAF qualifying tournament against host Haiti in January, but fell to Mexico in penalty kicks in the final.

Japan defeated the U.S. in the third-place match of the 2016 U-20 Women’s World Cup. The Japanese qualified as victors of the 2017 AFC U-19 Women’s Championship, their fifth confederation title. Paraguay reached the World Cup for the second time, finishing second to Brazil at the 2018 South American U-20 Women’s Football Championship. Spain is the reigning European champion after winning the 2017 UEFA Women’s U-19 Championship.

Broadcast information will be released at a later date. 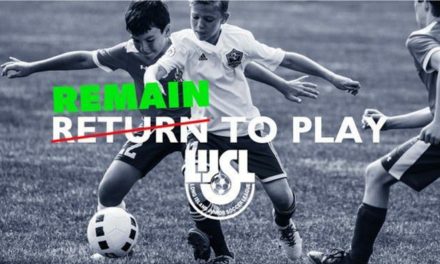 PREPARING TO KICK OFF: LIJSL to return, remain to play with strict protocols Sept. 26-27

PARTNERING UP: Red Bulls, ENYYSA get together on youth development 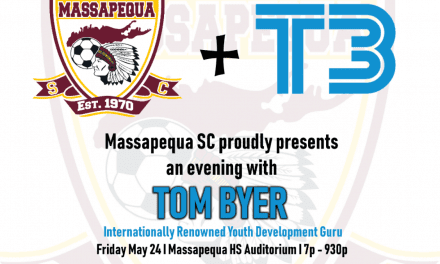 A NIGHT WITH TOM BYER: Massapequa S.C. to host soccer development expert May 24