UNVEILING THE SCHEDULE: 74 teams will compete in PDL this season

The season kicks off on May 4 with a match between 2017 Western Conference Champion FC Golden State Force and San Diego Zest FC, with the PDL Playoffs beginning on July 21 and running through the 2018 PDL Championship Aug. 4.

FA Euro, Long Island Rough Riders, Red Bulls U23 and Ocean City Nor’easters will compete in the Mid Atlantic Division while the Westchester Flames will play in the Northeast Division.

The reigning champions will open the season in one of the most compelling matches all year, as they welcome South Atlantic Division winners Myrtle Beach Mutiny on May 12. Their 2017 PDL Championship opponents and reigning Central Conference winners, the Chill, open their season on June 12 against WSA Winnipeg.

The Southern Conference includes three divisions for the first time. The Mid South and Southeast Divisions make their return, with OKC Energy U23 and SIMA Aguilas taking the field to defend their divisional crowns. They are joined by the all-new Deep South Division, featuring a blend of two new member clubs in the Birmingham Hammers and Memphis, Tennessee, as well as existing clubs from the Mid South and South Atlantic Divisions.

The Western Conference includes the Mountain, Northwest and Southwest Divisions, led by its respective champions in FC Tucson, Portland Timbers U23 and FC Golden State Force.

For the full league schedule, visit the PDL schedule page. For a team-specific schedule, find your team on the PDL teams’ page and click on the “Game Schedule” tab. 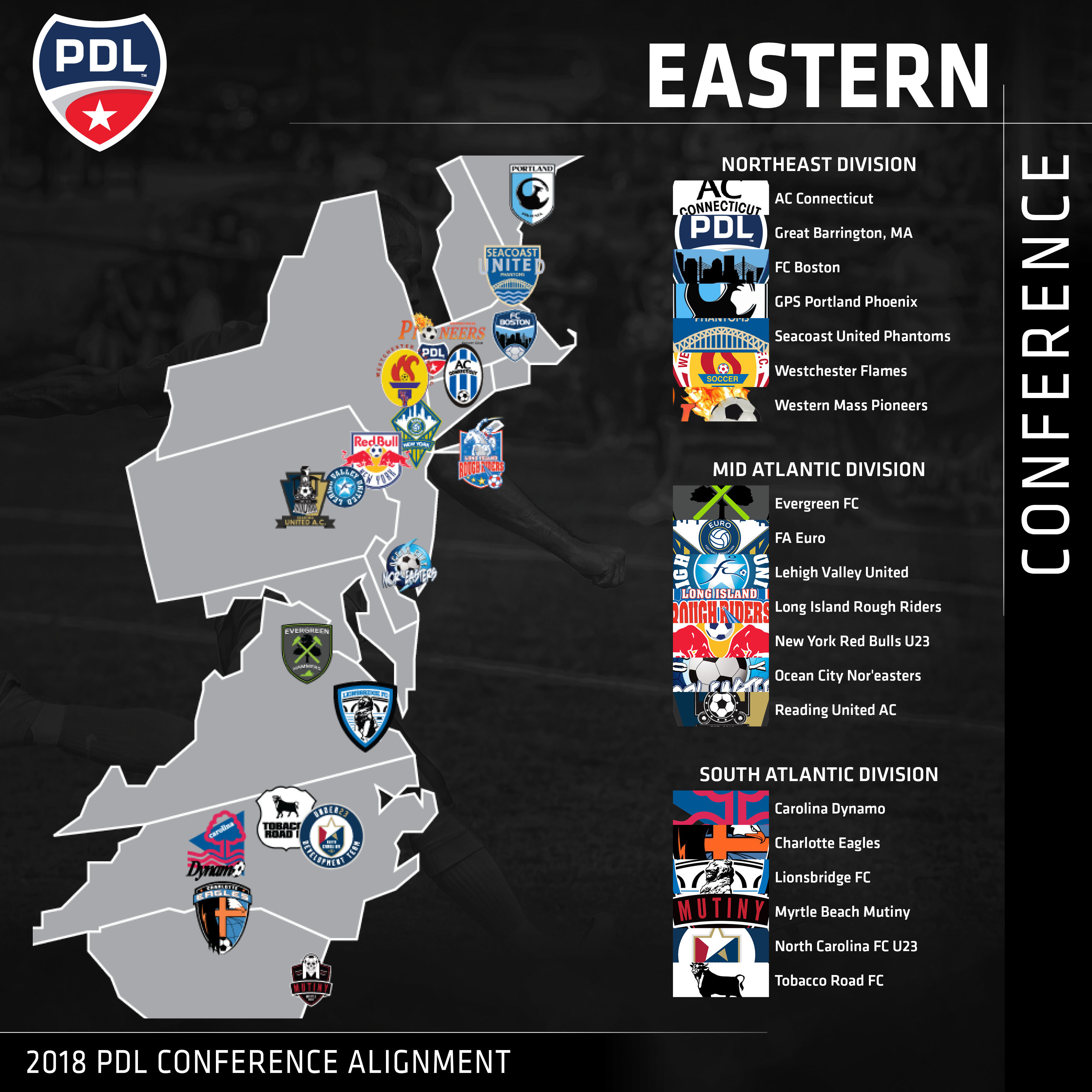