Red Bull Salzburg has loaned several players to its sister club over the years.

Now, another player could be coming over to the New York team from Austria.

Since moving from St. Pauli of the German 2. Bundesliga, the 27-year-old Rzatkowski has not seen much action in Austria. He has played in only 12 matches since signing a four-year deal with the team in June 2016 after recording 12 goals in 85 matches with St. Pauli. He was named the best defensive midfielder in 2. Bundesliga by Kicker magazine.

The most recent inter-club loan did not work out that well.

Last March Fredrik Gulbrandsen was sent from Salzburg to the Red Bulls, but he failed to score in 12 games. He was released in June.

A DIRTY DOZEN: Red Bulls ousted from MLS Cup Playoffs for 12th consecutive time on a heart-breaking loss to the Union 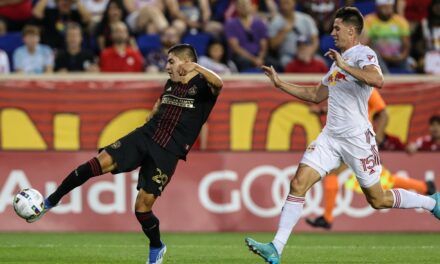 CLOSE TO HOME: All but 2 of Red Bulls games will be vs. Eastern Conference foes