HOW SWEET CAN THEY MAKE IT?: Fordham eyeing another upset, vs. sixth-seeded Duke in NCAA Round of 16

DURHAM, N.C. – The Fordham University men will try to claim their third scalp of the NCAA Division I tournament when they take on sixth-seeded Duke in the Sweet 16 at Koskinen Stadium Saturday at 6 p.m.

The victor will face the winner of third-seeded North Carolina and SMU in the Elite Eight next weekend.

The Rams (14-5-2) and Blue Devils already met this season, with Duke coming away with a 3-0 victory. It was the only game Fordham allowed three goals this season.

Duke (13-4-2), which finished third in the RPI rankings, was ranked 14th in the final United Soccer Coaches poll. The Blue Devils received an at-large berth into the tournament after falling to Clemson in the Atlantic Coast Conference quarterfinal, 1-0.

After an opening round bye, the Blue Devils defeated FIU, 2-1, last Sunday to advance to the round of 16.

The Blue Devils are led by Brian White, who has tallied a team-best nine goals and 20 points. Daniele Proch is next with five goals and 12 points. White scored twice in the earlier meeting with Fordham this season, while Proch had the other goal.

Goalkeeper Will Pulisic, the cousin of U.S. international Christian Pulisic, has played every second, posting a 0.97 goals-against average and seven shutouts.  He had one save against Fordham Aug. 27.

The game will be the third meeting between Fordham and Duke, with the Blue Devils having won the prior two encounters. The first meeting was the 1989 season opener, where Duke recorded a 2-1 victory at the Wolfpack Classic in Raleigh, N.C., while the second was August match. 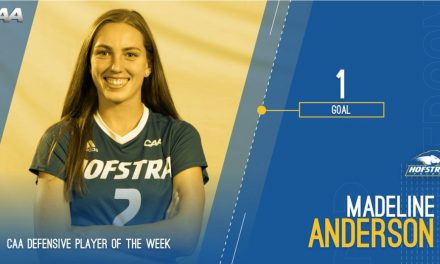 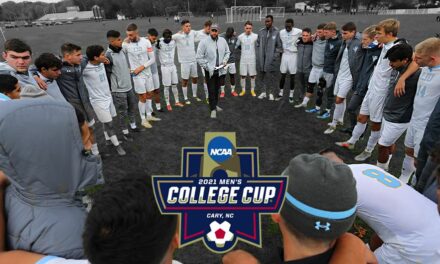 END OF THE STREAK: Lehman rolls over Baruch, 5-0