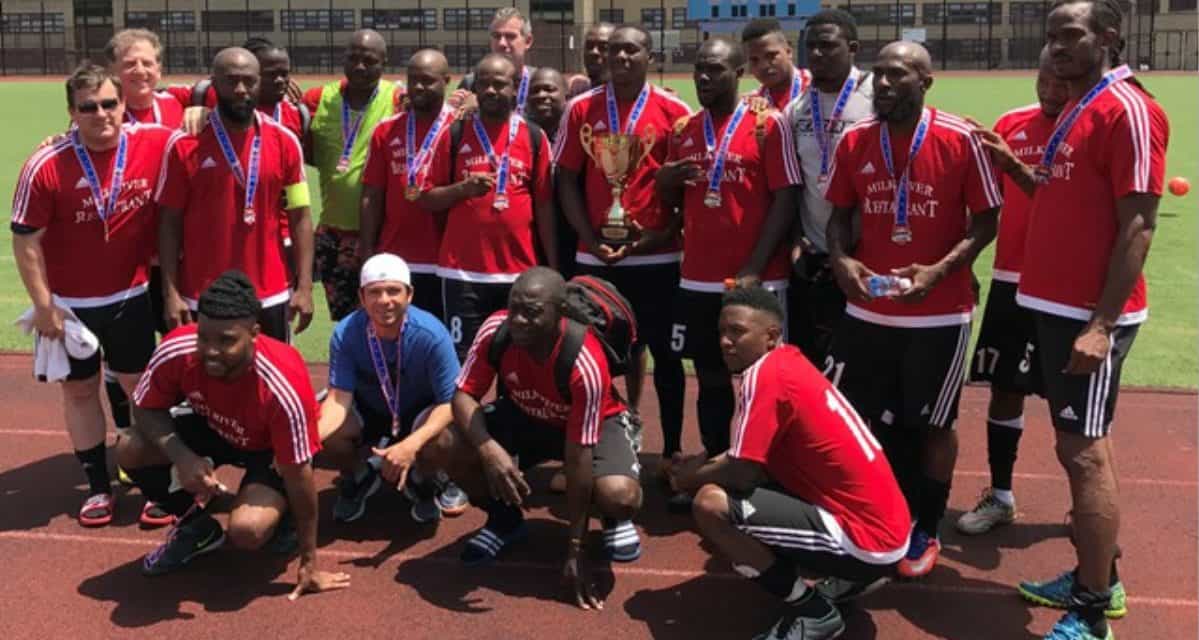 Glen Cove is in first place in the LISFL Over-30 Division. (Photo courtesy of the LISFL)

Despite severe weather that forced several games to be cancelled, this week in the Long Island Soccer Football League saw all three Glen Cove teams record big victories for the club in the league.

Both Lindenhurst teams also won as they both look to rebound from a slow start to make a run at their division championships.

Glen Cove defeated New York Serbia 2-0 in the only game played in the Premier Division. A goal by James Timmons and an own goal by Serbia gave Glen Cove the win and the three points, which closed the gap between the teams to one point.

A back and forth game ended in a 4-3 Glen Cove win over New York Serbia. Two goals from Emmanuel Gamez along with goals from Christian Vazquez and Cassio Daros gave Glen Cove the win. Jabari Salandy, Roy Meza, and Alex Jovanovski each scored a goal for Serbia.

The only game played in Division 2 ended in a 2-2 draw between Oyster Bay Park and Floral Park. Diego Abarca and Sal Valencia were the goalscorers for Oyster Bay. Jorge Ruiz and Juan Perez each scored a goal for Floral Park.

Asteras GCC defeated Guyana Jaguars Juniors 4-3 to close the gap on division leaders Leros to 3 points, although Leros have a game in hand. Christopher Petsalis and Andi Loloci each had a brace for Asteras. Bradley Nestor, Devon Millington, and Julian Cambridge each scored a goal for Guyana.

Integral Kings defeated Baisley United 1-0 on a goal by Saidy Fedee. The win gives Integral fifteen points from six games and keeps them in second place.

Lindenhurst picked up there first win of the season by a scored of 3-1 over Garden City Centennials. Eric Vitale, Jason Gargulio, and Anthony Fassino each scored a goal for Lindenhurst. Emir Redzematovic was the Garden City goalscorer.

Polonez defeated Long Island Gaels VSP 5-1 to stay in the top four of the division. Adam Piechota scored a hat trick, while “Double J” Jerzy Jankowicz scored twice for Polonez. Jankowicz now has eleven goals in all competitions thus far this season. Nathan Brill was the goalscorer for the Gaels.

Lindenhurst picked up their second win of the day by a score of 3-2 over Oceanside United. Anthony Fasino, Simon Riddiough, and Michael Murray were the goalscorers for Lindenhurst. Godswill Emenike and Seth Lehman each had a goal for Oceanside in the loss.

Baisley United remained undefeated and top of the table after a 6-0 win over Oyster Bay Park. Patrick James and Mesfin Blair each had a brace, while Richard Walker and Corey Morrison each scored a goal. 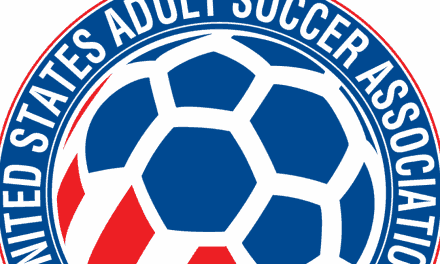 THE LETTER: Motta says adult association will support resumption of soccer in states that are allowed to resume 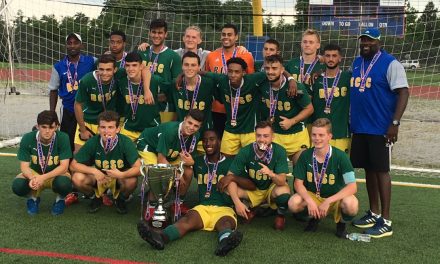 NOT THIS SUMMER: LISFL calls off Ryder-Vass tournament 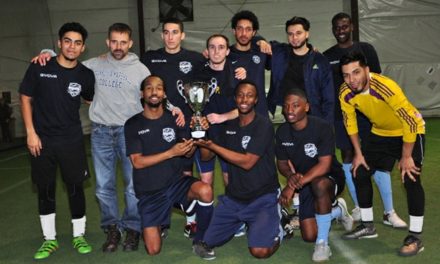