The Pride (3-5-6, 2-1-4) went 1-1 on the road last week, topping Drexel University, 3-1, on Wednesday before falling to William & Mary College, 2-0, on Saturday. After scoring his first career goal four days earlier, sophomore Oscar Ramsay tallied two more at Drexel, giving him the team lead with three goals on the season. Senior Jon Fraser also recorded his first career tally in the win over the Dragons.

The first-place Seahawks (9-5, 4-2) were nationally ranked in the United Soccer Coaches Poll for several weeks, but have since lost three straight, falling to Charleston, James Madison and NC State. UNCW earned its spot in the national polls after topping North Carolina, then ranked No. 3, 1-0, Sept. 1.

Phillip Goodrum leads the team with five goals and three assists for 13 points, while the team features five other players with at least seven points. In net, Ryan Cretens has five shutouts on the year with a 0.98 goals-against average.

Hofstra leads the all-time series with the Seahawks, 9-5-2, though its been a back-and-forth over the past several years. UNCW was Hofstra’s only conference loss last season as the Seahawks took a 3-1 win in Wilmington.

The game will be available via live stats and Pride Productions video and audio, with links on this page and the Hofstra Men’s Soccer schedule page.

The Pride heads back out on the road next week, travelling to Binghamton for a non-conference tilt at 7 p.m. Wednesday.

TYING ONE ON: Hofstra, Columbia women in 1-1 deadlock 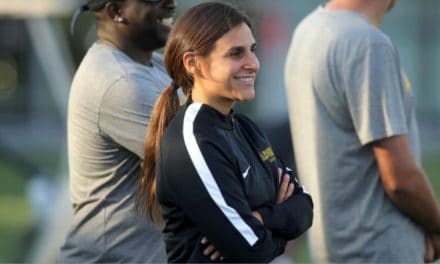 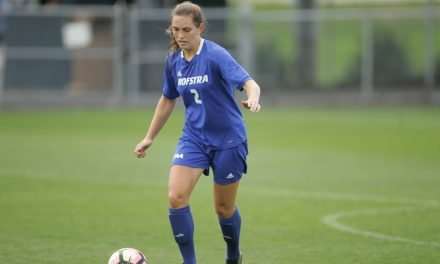