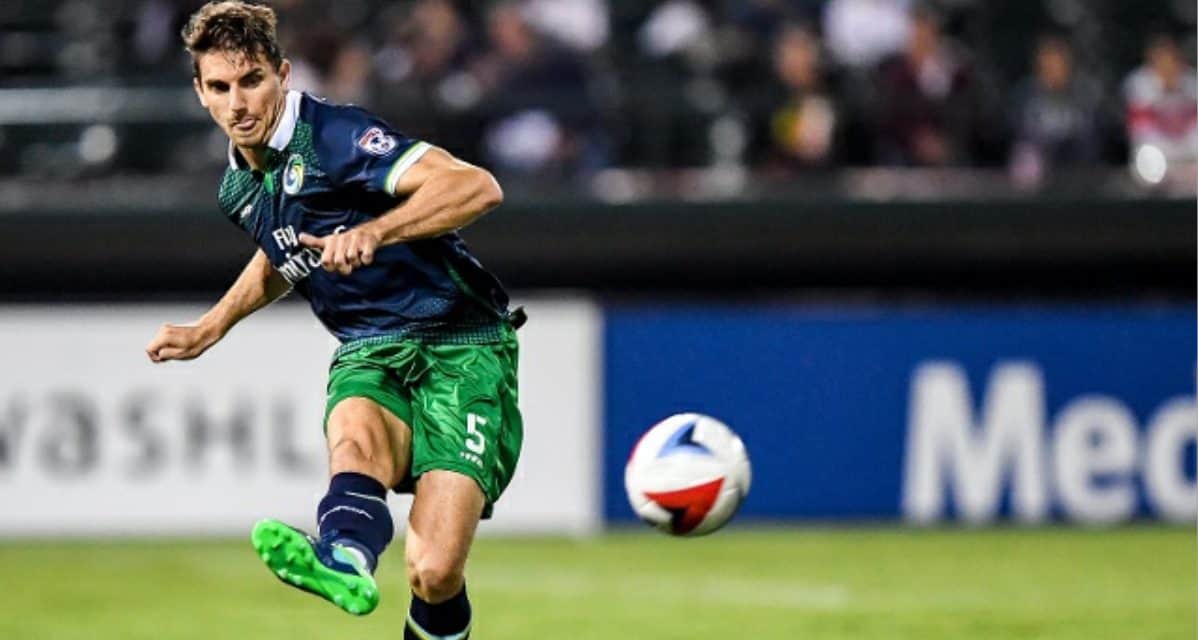 Dejan Jakovic was named Cosmos man of the match. (Photo courtesy of the Cosmos)

BROOKLYN, N.Y. – One point was better than none.

The Cosmos moved into the fourth and final playoff spot in the North American Soccer League combined standings Saturday night after playing FC Edmonton to a scoreless draw at MCU Park.

Though the Cosmos (8-7-14, 38 points) lead fifth-place Jacksnville Armada FC (9-9-11, 38) due to superior goal differential (minus one to minus two), the Cosmos’ inability to win at home continued.

The Cosmos’ home woes continued as they earned only one point in what turned into a scoreless draw with FC Edmonton.

Despite outshooting the Eddies 14-9, including 5-2 in shots on target, New York could not find the net, but earned a valuable point that places the team fourth in the NASL Combined Standings with 38 points.

“I think we did everything the right way. I also think that we defended well,” Cosmos head coach Giovanni Savarese said. “We created good chances, but their goalkeeper had a fantastic match.”

In the first half, it was the Cosmos who came closest to finding the net. In the ninth minute, an Emmanuel Ledesma free kick from just outside the box was stopped by a diving effort from goalkeeper Tyson Farago.

Off a corner in the 35th minute, Juan Guerra’s header clipped off the top of the crossbar as New York came inches from the game’s first goal. In the final minute of the half, Ayoze took a free kick from outside the Eddies box and missed just wide of the post as the game remained goalless at halftime.

In the first half, New York outshot Edmonton 7-4 and blocked three Edmonton shots from reaching goal.

The Cosmos appeared to take the lead in the second half, but Javi Márquez’s strike past Farago off a corner kick was waved off by the referee, keeping the game scoreless in the 47th minute.

Shortly after coming in as a substitute in the 66th minute, Ryan Richter nearly put the Cosmos ahead as he received a pass from Ledesma and fired for the corner, but Farago extended to make the save and deflect the ball out for a corner kick.

Richter had another chance in the 81st minute after he got his head on a ball that got past Farago, but the Cosmos defender couldn’t get the header on goal as he hit the side of the net.

“At the end, I thought it was a very positive game for us,” Savarese said. “But unfortunately the only thing that was missing was the goal.”

Playing on the day of his 29th birthday, Cosmos goalkeeper Jimmy Maurer made two saves to earn the clean sheet.

The Cosmos next will play Puerto Rico FC at Central Broward Stadium in Lauderhill, Fla. Wednesday at 7:30 p.m.. The Cosmos return to MCU Park for their home finale against Puerto Rico FC Saturday, Oct. 28 at 7 p.m.