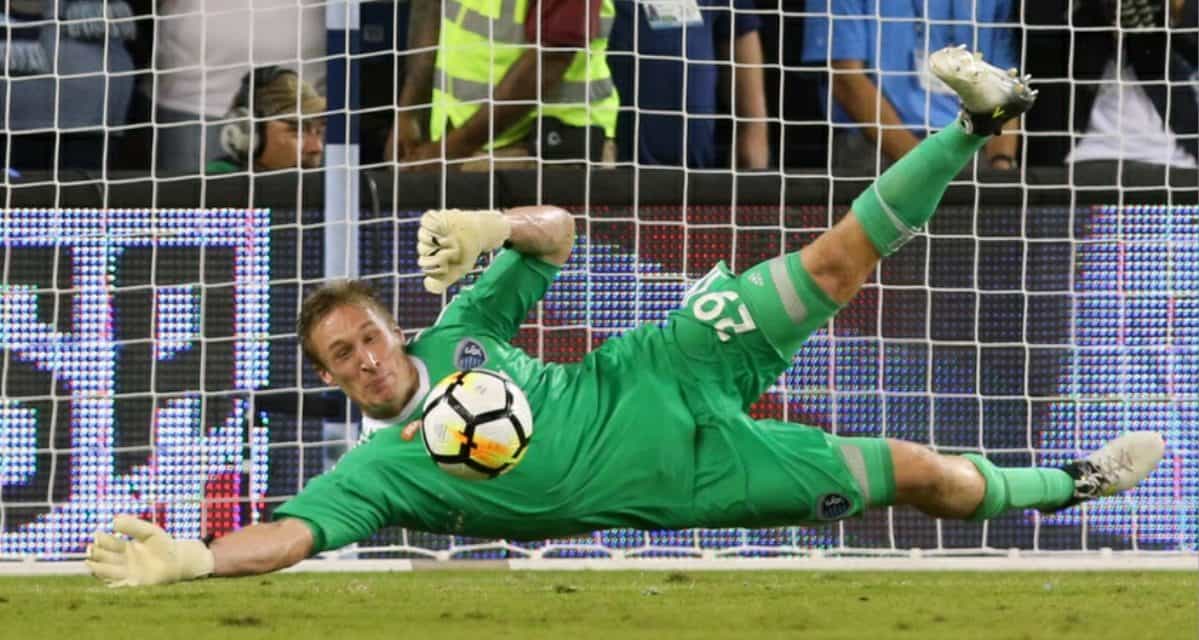 Tim Melia: “It was an exhilarating feeling. I still can’t explain it. It’s a little surreal at the moment.” (Jay Biggerstaff/USA TODAY Sports)

KANSAS CITY, Kansas — Now, not many goalkeepers can say they have backstopped a Lamar Hunt/U.S. Open Cup championship team.

And not many keepers can say they accomplished that feat in two of the past three years.

“I think it’s just super important for the club at this point,” Melia told reporters. “This was my first opportunity getting to play a final at home and it was an exhilarating feeling. I still can’t explain it. It’s a little surreal at the moment. The support from when we walk out in warmups and all the way through was just something I’ve never experienced before and I’m proud to be part of this group and I’m proud to be part of this club and everything it stands for.”

In 2015, Melia made two saves in the shootout to help SKC to that Open Cup crown.

On Wednesday night, he made the important saves when he was called on.

“He was excellent, he was very good,” head coach Peter Vermes said.

Asked about the 31-year-old Melia’s legacy with the club, Vermes that would be answered on another day.

“Let’s talk about it when he’s done,” he said. “He’s playing really well, that’s what I would say. He’s playing really well. He’s taken such a big step, especially this year. It’s so obvious. And no disrespect to the rest of the goalkeepers in the league, but he has been lights out. Hopefully that continues.”

Melia agreed, saying he wasn’t about to think about his place in club history. Other championship goalkeepers include Tony Meola, who won the 2000 MLS Cup with SKC and Jimmy Nielsen, whose final competitive match was in the victorious 2013 MLS Cup final.

“I still consider myself young enough in the goalkeeper world and I hope I’m here for a very long time,” Melia said. “I have a lot of years to play still and I’ll think about that when I’m starting to get ready to stop playing.”

Wednesday was a time to celebrate.

Thursday will be a day to prepare for the next MLS encounter. Third-place Sporting is in a wild and crazy playoff situation in the Western Conference in which the top four teams are separated by one point. Kansas City hosts the struggling LA Galaxy Sunday.

“Most importantly right now, we’re just trying to get in to playoffs,” Melia said. “It’s so tight in the West right now, as you guys know. We’d love to be in one of the top two places to eliminate that even if it’s a one- off game at home. We don’t want to have to play in a one-off game. We’d love to get an opportunity to play a home and away series and I think that over the course of two games our talent will rise to the top and we’ll be good with those scenarios.” 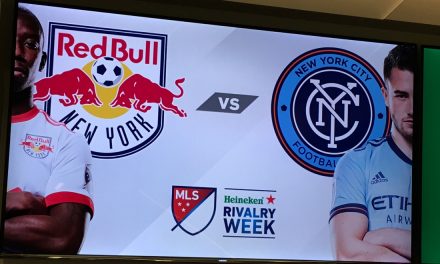