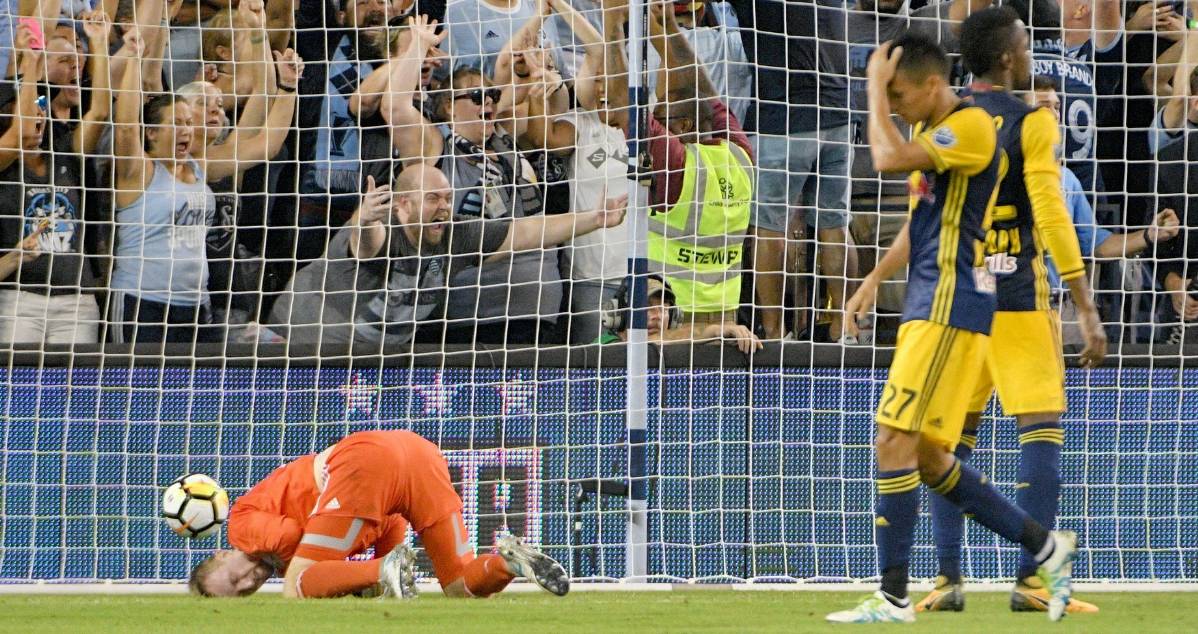 This time they fell to Sporting Kansas City, 2-1, in the Lamar Hunt/U.S. Open Cup final at Children’s Mercy Park.

The Red Bulls are the only club from the original MLS clubs that has never won a major title — MLS Cup or Open Cup — although they have won the Supporters Shield twice.

New York was hoping that the third time in a cup final would be the charm — it lost in the 1997 Open Cup final and in the 2008 MLS Cup championship game — but it did not turn out that way. Sporting won its fourth Open Cup crown.

Latif Blessing, one of the smallest players on pitch, scored the first goal in the 25th minute when he leaped between two defenders and headed home Graham Zusi’s right-wing cross past goalkeeper Ryan Meara from eight yards.

25' GOOOOOAAAALLLL!!! LATIF BLESSING RISES ABOVE THE DEFENSE TO GIVE US A 1-0 LEAD!!!

GOOOOOOAAAALLLL!!! DANIEL SALLOI BEATS MEARA TO THE BALL AND SPORTING KC HAS A 2-0 LEAD!!!

A pair of substitutes played a vital role in KC’s second goal. Daniel Salloi, who had replaced an injured Blessing in the 43rd minute, connected for the insurance tally in the 66th minute. An open Salloi latched on a long ball from midfielder Benny Feilhaber while Red Bulls midfielder Sal Zizzo, who had replaced Kemar Lawrence, appeared to be sleep walking at midfield as he gave the KC player some extra room. With Meara rushing out of the net to the top of the box, Salloi sent in a low ball into an empty net.

SKC needed that goal because the Red Bulls pulled one back in the first minute of stoppage time. Another sub, Gonzalo Veron, drilled a shot that goalkeeper Tim Melia, an East Islip High School graduate, saved, but failed to hold on. Bradley Wright-Phillips, who had been held in check by the hosts for most of the night, rammed home the goal to cut the deficit to a goal.

Bradley Wright-Phillips pulls one back in stoppage time for New York.

New York won’t have time to feel sorry for itself because it must compete at Columbus Crew SC Saturday night, as it will play for their Major League Soccer playoff lives. 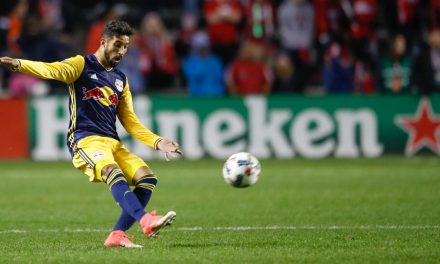 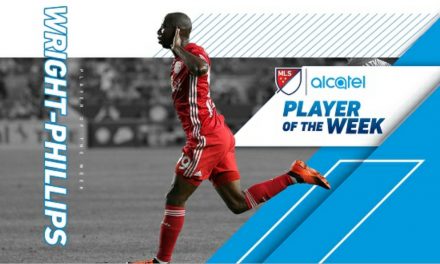 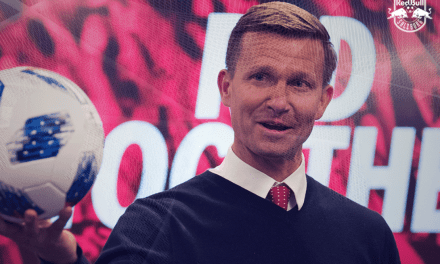